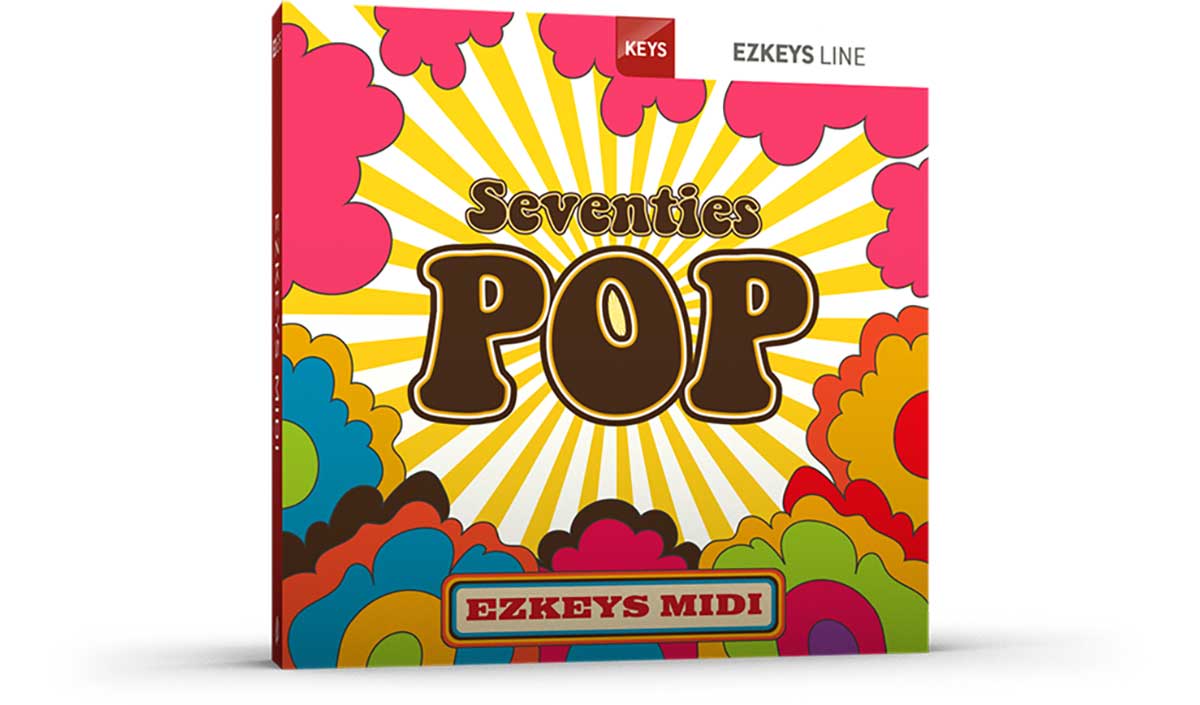 Inspired by the artists that wrote the soundtrack to the seventies.

Even though disco may have been the prevalent genre on the airwaves and in the clubs of the ’70s, artists like Elton John, the Eagles, ABBA, John Lennon, the Bee Gees and countless others started a pop revolution that has yet to go away. This is where the Seventies Pop EZkeys MIDI pack takes off.

Inspired by the immortal legacy of the artists that topped the charts during the decade, this collection of MIDI leaves out the rowdiest rock-influenced tunes and instead hones in on the more mellow side of the pop spectrum. Expect dramatic ABBA-esque chords, lots of rhythmic strumming à la Elton John, some Bowie-clever melodic twists and turns as well as all the timeless chord progressions you need to get started writing your next slew of ’70s-inspired pop tracks.

When and how did you discover your passion for music?
– Pretty early… Perhaps when I started to hammer the upright piano we had at home at the age five or six. That’s some kind of passion I guess! :). I think a turning point, passion-wise, was when I started playing different stuff than the classical piano that my mom wanted me to play. When I started playing in bands and such, 14-15 years old there about.

How come you ended up playing the keyboard?
– I had a piano at home, growing up. Mom taught me at first.

You have recorded several titles of MIDI for EZkeys by now. Explain a little about the process of recording one of these packs.
– I usually start by listening a lot to a playlist of songs. Get a feel of the genre. A vibe. Then usually a couple of ideas tend to emerge quite early. I switch a lot from the different songs/sessions I’m working on in the beginning. Like, if I’m recording a Stevie Wonder-kind-of-thing variation number 3, and suddenly feel like I have the Ray Charles take on this, I instantly open a new session and record the new idea. I find it easier and more fun to work this way – to never stop the creative process. To go with it. Instead of the well-I-really-should-be-doing-this-right-now-approach. And force it. There´s always time to edit/erase/change things up and record variations at a later stage. That’s a different kind of creation I think, like what to add, what to remove, more of this and that, or doing a very sparse take.

What was some of the inspiration behind this collection?
Well, the ‘70s was actually the starting point for me as a professional musician. When I was around 18 or 19 I joined this tribute band (my second real band) that only played disco music from ‘70s . So at the beginning for me, the ‘70s was all about groove, dance and having a good time. A lot of Earth Wind & Fire, Bee Gees, KC & the Sunshine Band etc. It was many years later (and many years since I left the band) that I discovered some of my greatest inspirations from that decade. Joni Mitchell’s “Blue”, Nick Drake albums 69-72. The Band! From my father’s vinyl collection at home, I´d listen to a great deal of Elton John and Stevie Wonder also. Stevie’s albums from that decade probably inspired a hole generation of musicians, me included.

Looking back on the ‘70s, what do you think stands out musically?
The disco groove for sure and the dry sound. The warmth and the band-recording-together atmosphere that goes for pretty much all the albums from this decade.

Although the piano has been an integral part of the sound of popular music of many preceding decades, it seems like the ‘70s is the era when it finally became fully accepted as a “leading instrument”. Why do you think it took so long for it to make its way to the forefront?
For sure it has to do with the exceptional piano/keyboard players that emerged from that era. Elton, Stevie, Billy Joel among others. They did it so well and it became so natural to lead the band from the piano, Clavinet, Rhodes or organ.

I was about to write “The Winner Takes It All” by ABBA, but I see now that it was released 1980! But i mean, some of the ‘70s definitely spilled into the ‘80s. The dry disco sound and groove!

Martin has collaborated on several EZkeys MIDI packs over the years, spanning all kinds of styles. Below is a selection!