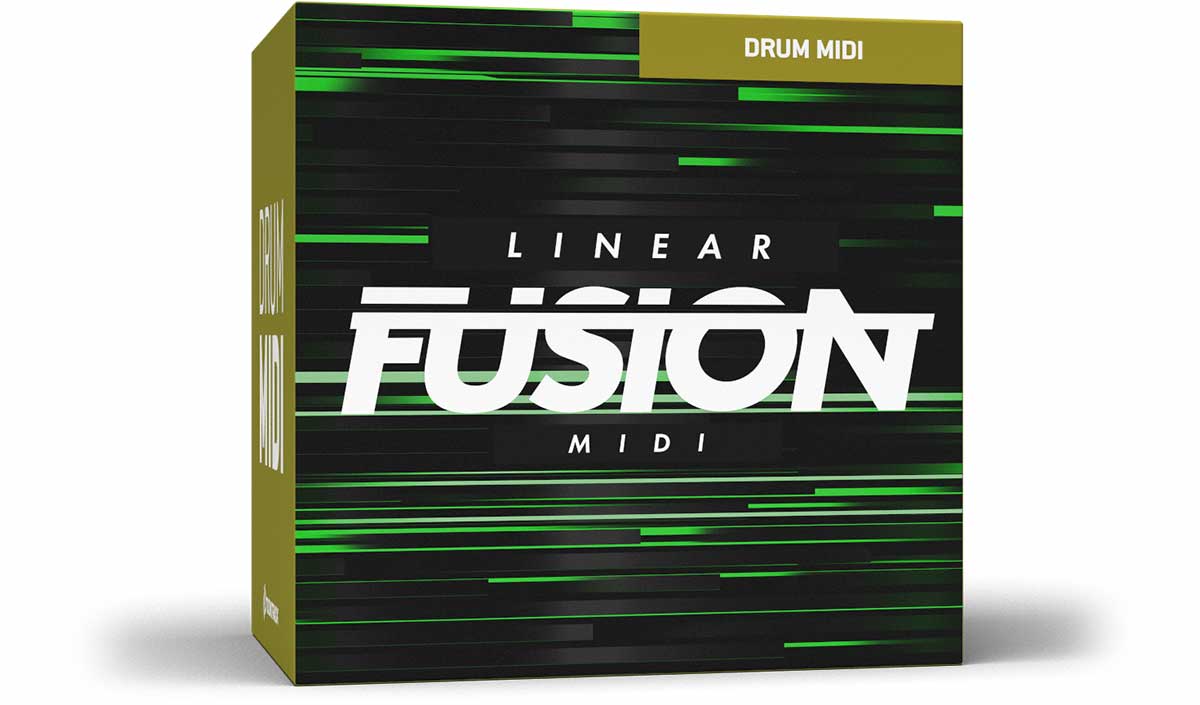 Linear drumming is the art of performing a pattern where no two voices of the kit play at the same time. To the bare ear, nothing but a coherent and lavishly mesmerizing groove, but to the drummer: a true limb buster and a multitasking exercise deluxe. As such, it requires its fair share of artistry to master – especially when applied in the already profoundly complex cosmos of syncopations, rudiments, paradiddles and subdivisions that serve as the pillars of fusion.

“As a drummer, there are endless ways of combining linear patterns and rudiments in grooves. It gives you an amazing vocabulary to draw from and a great way to ensure your material stays diverse, interesting and unique,” says drummer Luke Oswald.

The Linear Fusion MIDI pack is the fourth title in Luke Oswald’s fusion-inspired drum MIDI series. In this one, he continues further down the fusion path and hones in completely on grooves and fills based around the linear philosophy.

“For the majority of the material, I drew inspiration from my own internal groove pool I’ve developed over the years, but of course drummers such as Dave Weckl, Vinnie Colaiuta, Gavin Harrison, Simon Phillips and, without a doubt, the inimitable king of linear grooves, Carter Beauford, are major influences,” says Luke.

Expect paradiddle-ridden train beats, busy backbeats, syncopated triplet and straight feels, shuffles and much more – great for anything from fusion-tinged rock, jazz and funk to beat-driven hard rock and even progressive metal. Welcome to a collection of MIDI with crazy amounts of what ultimately counts the most in the end, complex or not: groove and feel.