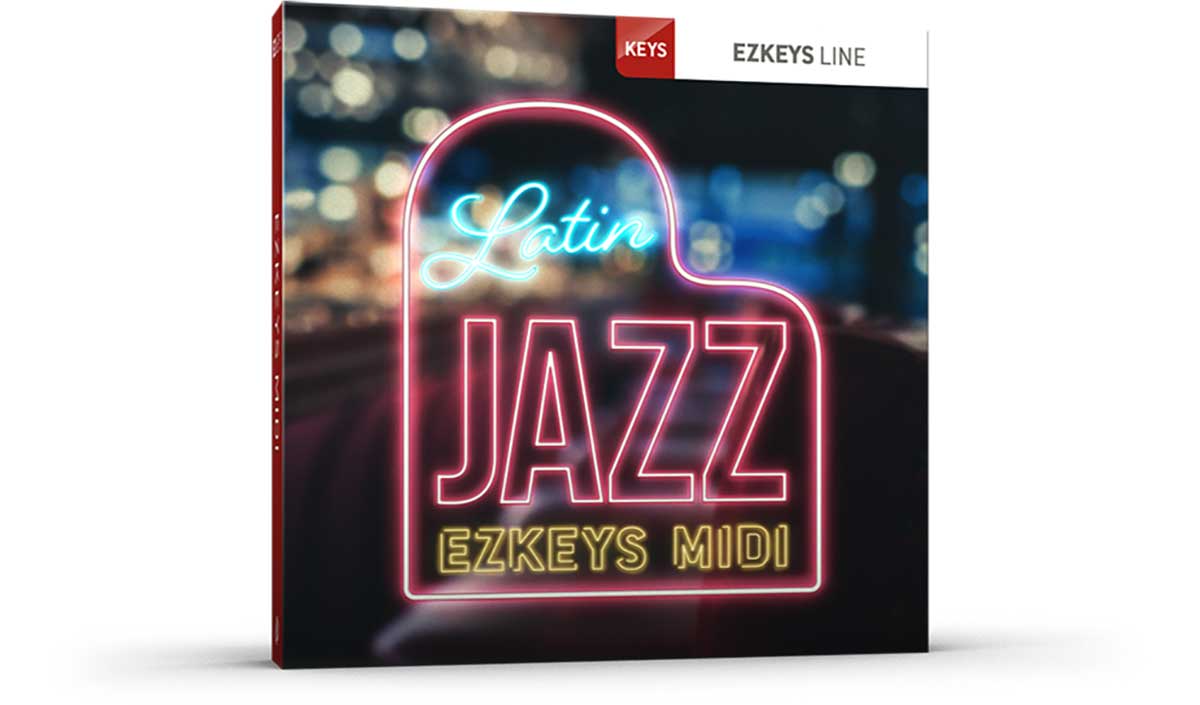 A SPLASH OF LATIN.

Even though the traditional rhythmic patterns and the unique drum and percussion phrasing of Latin America may have been the catalyst in the development of this niche of jazz, the piano has always played a pivotal role – both as a melodic vehicle but also as the backbone in trios and other smaller configurations post the mid-century big band era.

This EZkeys MIDI pack celebrates Latin jazz and the cauldron of influences, styles and immense width of cultures it brings together under its umbrella. Expect jazz as we know it – but saturated by the unmistakable rhythms, the inimitable melodic language and all the flagrant pastels of Latin music. This is just as ideal for composing backing tracks for jamming purposes as it is for adding a Latin feel to any passage of a song or for writing new ones from the ground up.

This collection of EZkeys MIDI was created in tandem with the Latin Jazz EZbass MIDI and Latin Jazz Grooves MIDI packs. As always, any MIDI pack is great on its own – but combined with its counterparts, they become a powerhouse of creative possibilities!

How come you ended up playing the piano? Were you always drawn to this specific instrument?
My first instrument was the saxophone (at the conservatory), but luckily for me, everyone that enters the music system in Cuba must learn some piano. When I started playing the piano, I realized a deep connection with the instrument and it came to me a lot easier than the saxophone. I was playing both until I was about 16 years old.

You grew up in Havana, Cuba, and now reside in New York. What is the scene like for Latin music in “The City”?
When I first moved to NYC, the Latin music scene was very vibrant, but after 9/11 it really quieted down and I don’t think it really got back up. I remember there used to be a lot of salsa clubs in the Bronx with live bands. That was my main source of income during my early days in NYC.

To you, what makes a great piano player?
A great (popular music) pianist is not only someone who has a lot of facility on the instrument, but a musician that can mold themselves to the situation they are in and provide what’s needed at the moment.