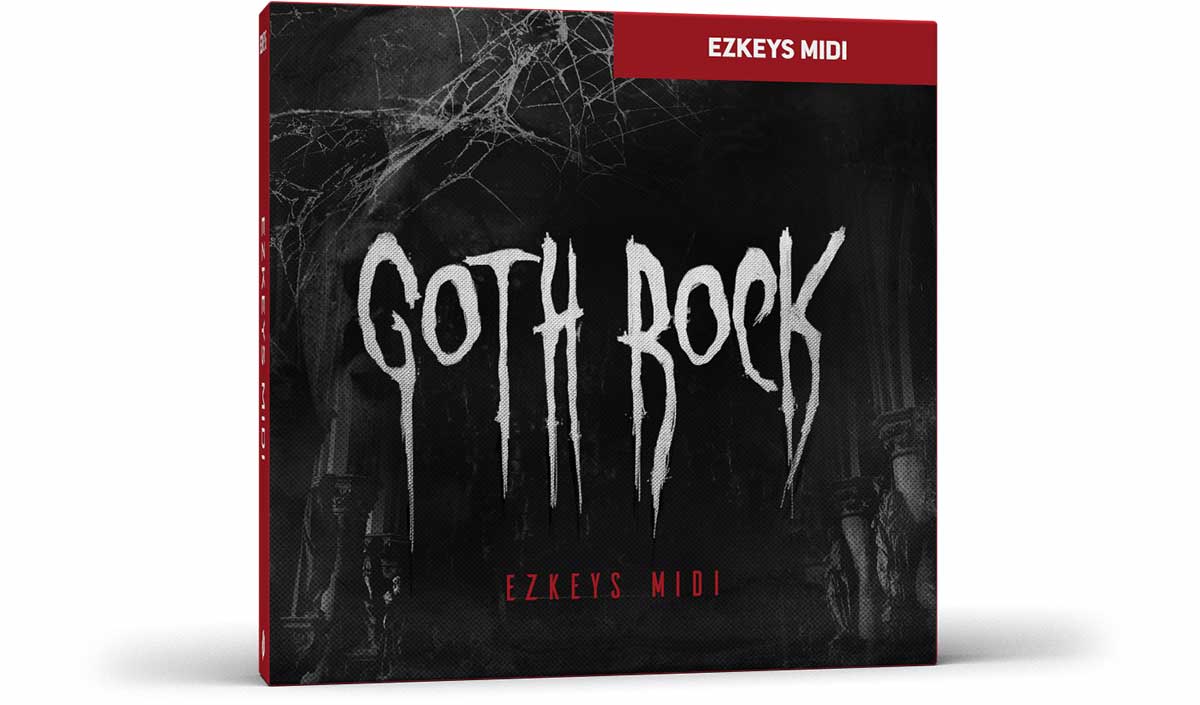 Goth, the offshoot of post-punk that paved the way for not only fashion, literature and film but also an entire sub-culture, truly defined an era. Spearheaded by the likes of The Cult, Type O Negative, The Sisters of Mercy and many more, goth and its aesthetics went from underground to mainstream and threw a cloak of horror-esque romanticism over the ‘80s and ‘90s. Since, it of course splintered off into numerous subsets and made its way into all kinds of styles during the decades to follow. Still to this day, goth is very much alive and thriving.

This collection of EZkeys MIDI was inspired by not only the obvious poster bands of the heydays but also the trailblazing acts that got the ball rolling long before the word goth was even uttered. Expect the gloom of doom, the striking hooks of new wave and the unmistakable nods to industrial – all submerged in that signature melancholia that is the very essence of goth as we know it.