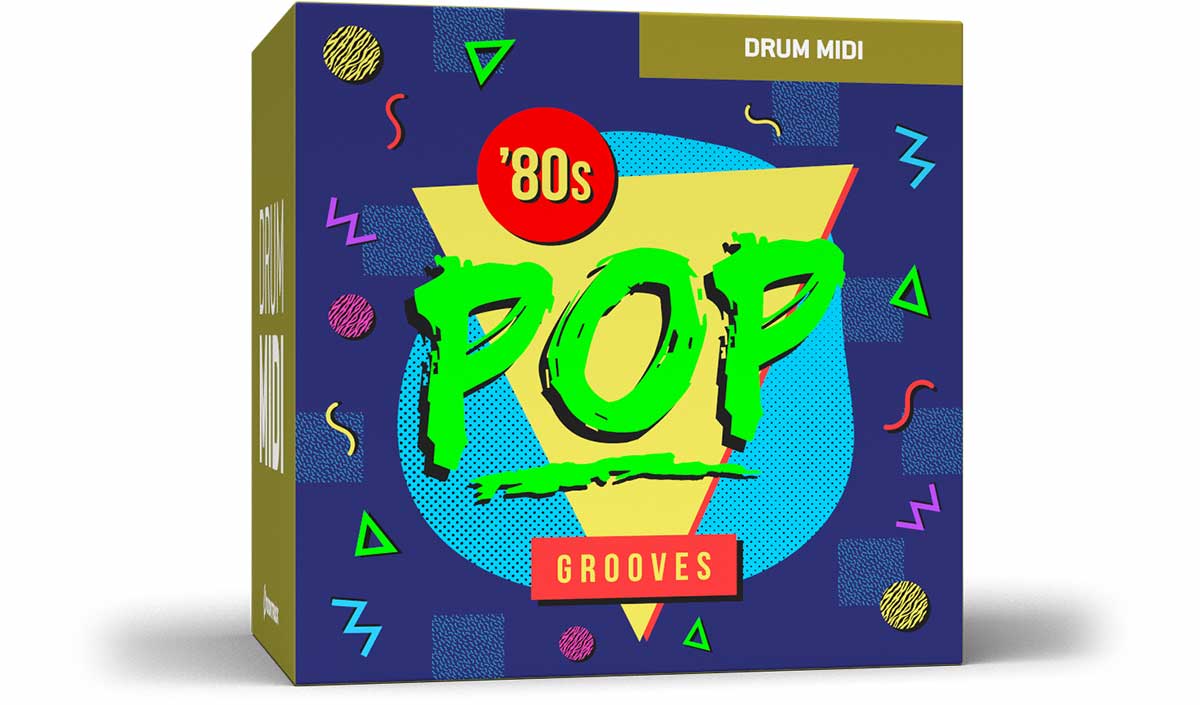 A NEW SCHOOL OF GROOVE.

Pop drums in the eighties were somewhat a marriage between two eras. At one end of the scale, drum machines and monotonous beats were forcing their way into the sound of the time, while on the opposite side, groove, feel and timing were more important than ever. Amid all this was the traditional drummer, caught in an age when technology came head to head with tradition. Producers introduced click-tracks on a larger scale, asked drummers to play with machine-like precision to not clinch with their sequenced parts and had them lay down their tracks as the first step in a production – all while session drummers like John Robinson, Ricky Lawson, Phil Collins, Manu Katché, Jonathan Moffet, Jeff Porcaro, Kenny Aronoff and Stewart Copeland rose to iconic fame and had more work than ever. This era is indeed a man-against-machine scenario, where drummers who bridged the gap the best came out on top. Who’ll ever forget those gated reverbs, larger-than-life drum fill breaks and machine-like beats? Interesting time indeed.

This collection of grooves explores the rich song treasures and artists of the time. Prepare for sturdy beats with an abundance of feel combined with some timeless session drummer magic that can fall into any track with seamless precision. Just like back then, but now – ready for your modern eighties-flavored pop songs. 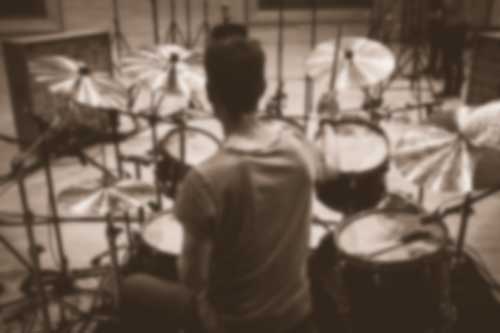 The ‘80s was an interesting time for recording technology, maybe especially for drums and drummers. For the first time, they were asked to go in and lay down their parts first as opposed to playing together with a band.
Yes, the invention and establishment of the MIDI standard in the early ‘80s was the starting point of a revolution that quickly changed the process and workflow of how a track was recorded and produced in a studio. Click tracks had already been used in late ‘70s productions, but rather as a general timing-reference for the whole band that would still most of the times record simultaneously as a rhythm section or as a whole band. On the basis of MIDI, it was suddenly possible to sync several instruments to a global click track that served as absolute reference for all instruments, and it quickly became the new standard that drummers were confronted with pre-produced sequenced MIDI parts they were asked to play along and record to. All the newly introduced sound sources and machines like synths and drum machines now communicated via MIDI and a lot of the sequenced synth parts for pre-production would actually make it into the final mix. As a result, drummers had to adapt their playing to those parts and to the click in particular. The new method of recording the drums separately first and then adding the additional individual instruments opened up for completely new possibilities and techniques in production and mixing.

Looking back, how do you think this transition changed the sound and approach of drums in a production?
Recording drums separately in a room to an absolute timing reference such as a click or a sequenced MIDI arrangement without the bleeding microphone sounds of the rest of the standard rhythm section (bass, guitars and keys) gave the engineer/producer a lot more freedom to edit and tweak the drum sound. The timing-reference allowed for much more precise edits in the actual performance. But I believe especially in terms of mixing, having the clean individual sounds available, opened up a lot of new doors and all sorts processing opportunities, such as heavy compression, experiments with modulation, reverb, delays and gates etc. The famous “gated reverb” effect is probably the most prominent example!

Sounds almost like producers in some way were asking drummers to sound like machines?
Yes absolutely, they simply had to adapt to the strict timing of the machines. As a consequence, drummers had to learn to play more precisely or machine-like, if you will. For some of them, it seemed to be the highest ideal to actually sound like a machine, but many of the great session drummers of the ‘80s like Jeff Porcaro, for example, immediately understood that the trick is not to simulate a machine but rather to play with and around the click (or sequencer) as if it was a fellow human musician in the studio.

You mentioned the effect that defined the ‘80s: the gated reverb. Love it or hate it?
Oh, if you grew up in the ‘80s how can you not LOVE that sound, haha? The effect was first used on a Peter Gabriel production but then became famous through Phil Collins’ incredible drum sound on his hit song “In the Air Tonight”. That sound was nothing less than a revolution to say the least – it defined a whole decade and Collins used it as a trademark for many of his following productions as well. If I had to pick one album that defined the ’80s, I’d have to recommend Phil’s “Face Value” album. It has it all: drum sounds, performance, songwriting, production. A true masterpiece.

Even though this decade was machine-heavy both in sound and in many cases performance, it’s also the era when some of our biggest-ever session drummers rose to fame and had more work than ever. How come, you think?
As I said, the fact that they all suddenly were confronted with the machines literally forced them to learn and develop their skills in terms of timing, feel and of course also technicality. The standard was high already through the rise and success of jazz-rock and fusion in the late ‘70s. Most of the famous session drummers of the ‘80s like Steve Gadd, Omar Hakim and many others had all played a dominant role in the fusion movement and were exceptional jazz players who now combined their skills with the new requirements of the ‘80s productions.

Also, the ‘80s is a decade that spawned artists and new music at a rate unprecedented in modern history. Why do you think?
First of all, I think the new technologies like MIDI, synths, drum machines etc. and all the possibilities they brought inspired many musicians and songwriters to come up with really great, innovative and outstanding songwriting during the ‘80s. What we should also take into account is the rise of MTV and music videos also. Prior to the ‘80s, music had only been available on records or on the radio, but now TV/video opened up a completely new universe of potential fans. This quickly seeped into other areas of everyday culture as well, such as fashion and general lifestyle on a commercial level in a way never seen before. Looking back, it’s amazing to see how many different and innovative cultural styles that were introduced during the 80s – an extremely creative decade.

Fast forward to now and there is no denying that we’ve gone full circle. The eighties are back – in fashion, culture and, above all, the music of today.
Yes that’s true. I think first of all the fact of the ‘80s retro hype simply proves the high quality of many things that were introduced in the 80s, not only musically but especially in this area. A second more general reason might be that people simply had a great time in the 80s, it was a boom period and everybody was doing quite well. So everybody thinks of this era as something you enjoy remembering, a “golden decade” of many exciting possibilities.

You have done several MIDI packs for Toontrack, and for each one you loose yourself completely – studying the era, the drummers and the beats. Is it demanding and do you ever run out of ideas?
It’s so great and a real privilege for me to be able to do this for so many styles! Every time it gives me the chance to discover all of these very different eras and their musical wealth and secrets again on a new level, and I get excited and inspired in a completely new way by all these fantastic artists. Of course, it’s demanding in a way, but through intensive listening/analyzing/research I learn so much again and again about the instrument and from the great players of the different eras. I simply love all of this different music and I’m still crazy about all the aspects of drumming on every level.

Even though you are an allround drummer, you have a background as a classically trained drummer with a masters degree in jazz performance from the Conservatories of Hilversum and Amsterdam. How has making all these drum MIDI packs helped you develop as an overall drummer?
It’s like an intense case study of all musical aspects of these different genres under the microscope and for me it leads to a much deeper understanding not only of WHAT the drummers in each era actually played (the notes, the techniques), but most importantly WHY they played like they did. What did inspire them, why did they suddenly come up with a new and innovative way of playing, where did they come from musically, what did they listen to and what drummers (or other musicians) did they study. All of this helps you to understand and to put their playing into a much bigger perspective. Being able to play the actual notes and their patterns is the one thing, and my education and technique helps me to not having to struggle with WHAT they played, so this is always the easy part. But for being able to capture the feel and the typical nuances of a certain way of playing you need more than just the mere technique to execute it, you need the perspective and the musical/historical understanding WHY they did what they did and how they were thinking/feeling and eventually playing the way they did. This is an extremely exciting and gratifying process.

So finally, sum up what you think define this collection of beats and how and why it captures the spirit of the ‘80s!
I think this pack is a very broad selection of the many great styles and influences we hear in productions from the era. I’ve tried to capture grooves/fills from very different feels, like straight playing, shuffles, up-tempos and great ballads. Although machines were quite dominant, I tried to concentrate on the way the great “human” drummers of the decade defined the legendary songs with their unique playing. All of the grooves also work perfectly not only when using natural drum sounds and libraries, but also when triggering more electronic sounds of typical ‘80s drum machines.

Looking for drum sounds that fit perfectly with these grooves? Don’t worry – we’ve got you covered. 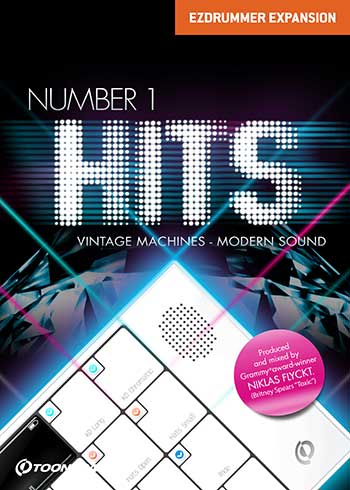 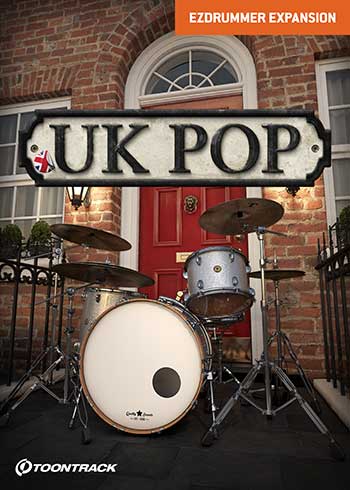 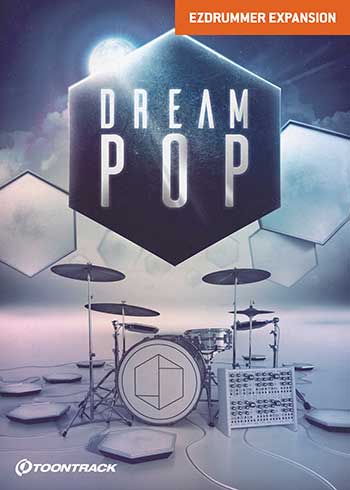 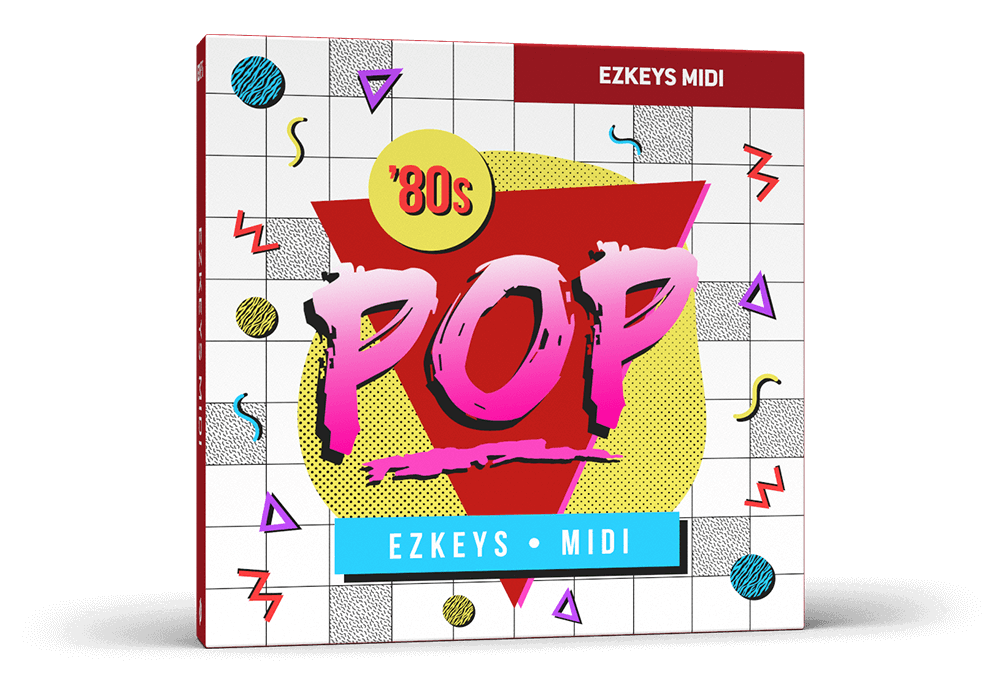 Check out the Eighties Pop EZkeys MIDI pack for a wealth of ideas, ready for you to tweak and customize to fit your songs.