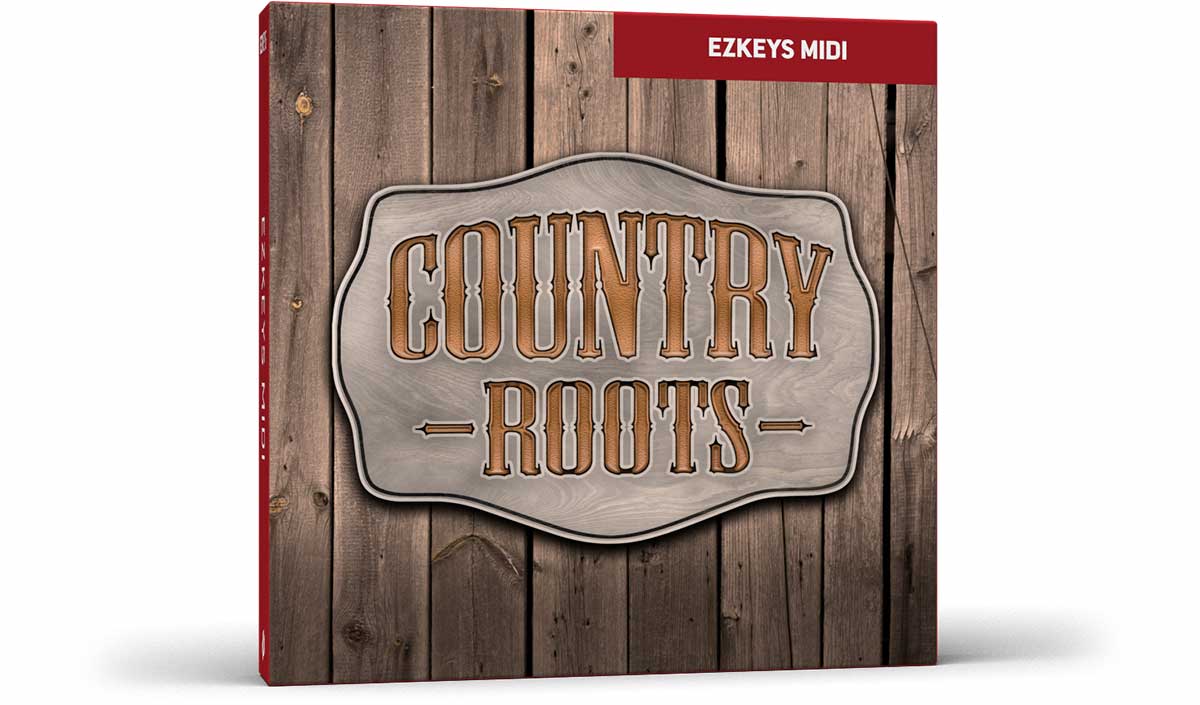 IN PURSUIT OF THE ROOTS.

Piano MIDI inspired by the legends of honky tonk, bluegrass and western.

This collection of EZkeys MIDI takes you back to the blues-tinged, fiddle-ridden and boot-stomping days that blazed trails for the broad definition of what we now simply call “country” music. With a massive vault of inspiration touching on the legends of honky tonk, bluegrass and western, the Country Roots EZkeys MIDI pack will transport you back in time and provide an untapped well of inspiration for your next traditional country song. In fact, you will likely find it useful in a lot of your modern tunes as well! When hearing the bare, naked piano variations, it will be evident how much the origin of country has seeped through to the music of today. Start writing! 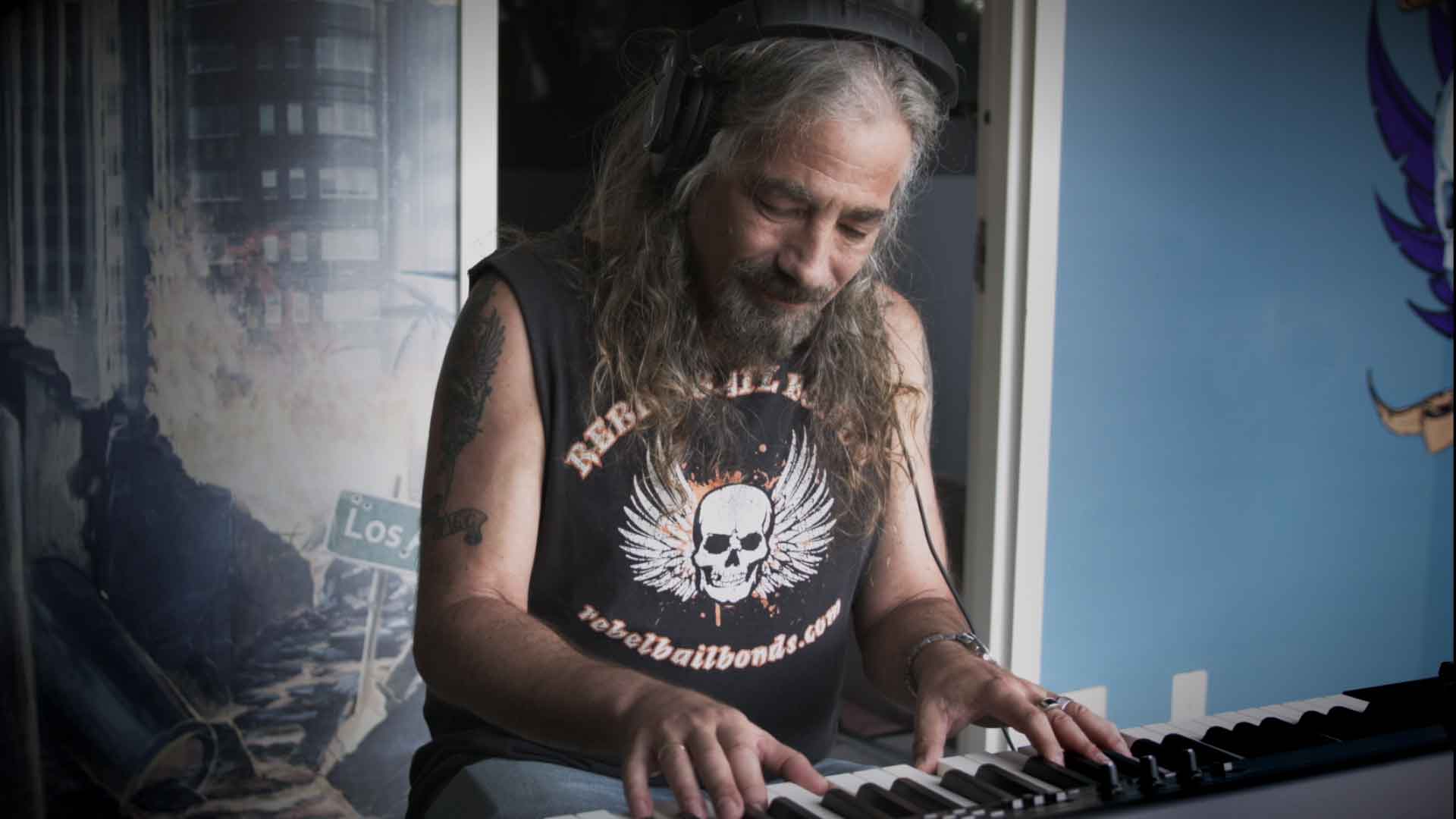 When and how did you discover your passion for music?
– As a young pre-school aged child, I spent a lot of time at an aunts house, who had a piano. I spent most of my time there, sitting on the piano bench, picking out the melody’s, to popular songs. Soon after, my Dad decided to buy a piano, and take some lessons, as a hobby. I would go to his lessons with him, and at age 4, his teacher noticed that I was sitting in the corner listening, and when the lesson was over, I sat down a started playing the music that he was teaching my dad. He suggested that I start lessons, too. and soon, my father could never get to the piano, because I would never leave the piano bench. He soon stopped his lessons, and became my biggest supporter, and not too long after, my roadie.

How come you ended up playing the keyboard?
– I started on piano, and loved it. Then came the Beatles, and although they didn’t have a keyboard player, I knew right there, what I was going to do with my life. And when the “Dave Clark 5” showed up, not long after, with the Vox organ, with the chrome legs, and reversed color keys, I was hooked.

You’ve recorded and performed with numerous artists. Give us a a quick run-down of what you’ve done over the years.
– Well, I don’t know how quick it can be, but… the first “famous” artist I played with was Ian Hunter, and Mick Ronson, when Ian released “You’re Never Alone With a Schizophrenic” in 1977. I co-wrote “She Bop” for Cyndi Lauper’s debut album, toured with Lou Gramm (Foreigner) in ’87 and then Kiss from 87-92. Cinderella from 1991-2012. Was musical director for Debbie Gibson and Taylor Dayne. Played on CD’s for Ziggy Marley, Stephen Marley, Damian Marley and received Grammy’s for Damian’s and Stephen’s CDs. Played with Molly Hatchett, Joe Lynn Turner and many others.

How did you end up in Nashville and how’s the scene different now from when you first moved to town?
– The last show of the tour I did with Molly Hatchett was in Nashville. I bumped into an old friend from NYC that was working on the local crew at the venue and he suggested coming to visit to check out the town. I fell in love with the amount of live music going on everywhere and the way the town supported music in general. Since moving here in 2004, country has become pop music, and the amount of musicians flocking here is constantly growing. There is an amazing amount of talent in this town.

You’ve done a few EZkeys MIDI titles for Toontrack by now.What was some of the inspiration behind the Country Roots EZkeys pack?
– I have always listened to all kinds of music. Even though I grew up in Brooklyn NY, my Dad’s time in the army, had him stationed in Kentucky, where he became a country fan. The first albums I can remember listening to, and staring at, and dreaming of someday emulating, were Jerry Lee Lewis, Johnny Cash, Hank Snow, Hank Williams, and Fats Domino. Every night after I was done practicing my piano lessons, my Dad would say “gimme a little Jerry Lee” or “how about a little boogie-woogie”. I would do my best to give him what he was asking for. He was always listening to traditional country radio, and we watched “Hee Haw” every week, so a lot of my inspiration came from some very fond childhood memories. The internet is full of all the original recordings, and TV show broadcasts. So, I could pick an artist, and instantly see their entire catalog in front of me. I would then narrow it down to a couple of songs that either had something in common, or helped “define” the artist, or vibe, or maybe was just a favorite of mine. I then would come up with a ‘song” that shared some of these characteristics, and personality. I tried to visualize all the different ways people might use them, and I tried to build in as many chords, as I could fit in the song, while staying true to the genre, so people would have as many options as possible, when trying to use them in their own songs. i hope people find them useful.

Living in Nashville, what’s your relationship to country music like?
– In the last 15 years, or so, the lines between Southern Rock, and Country have gotten “blurred” , and as a keyboard player that is rooted in Piano and Hammond organ, and all the other “rootsy” keyboards, I am very comfortable on either side of the line. I toured with country singer Chris Cagle from 2006-2014 , and I am currently working on project with band members of Montgomery Gentry, Eric Church, and John Michael Montgomery. i guess you can say that my relationship to country is very good, but we’ve agreed, it’s OK to see other “people”.