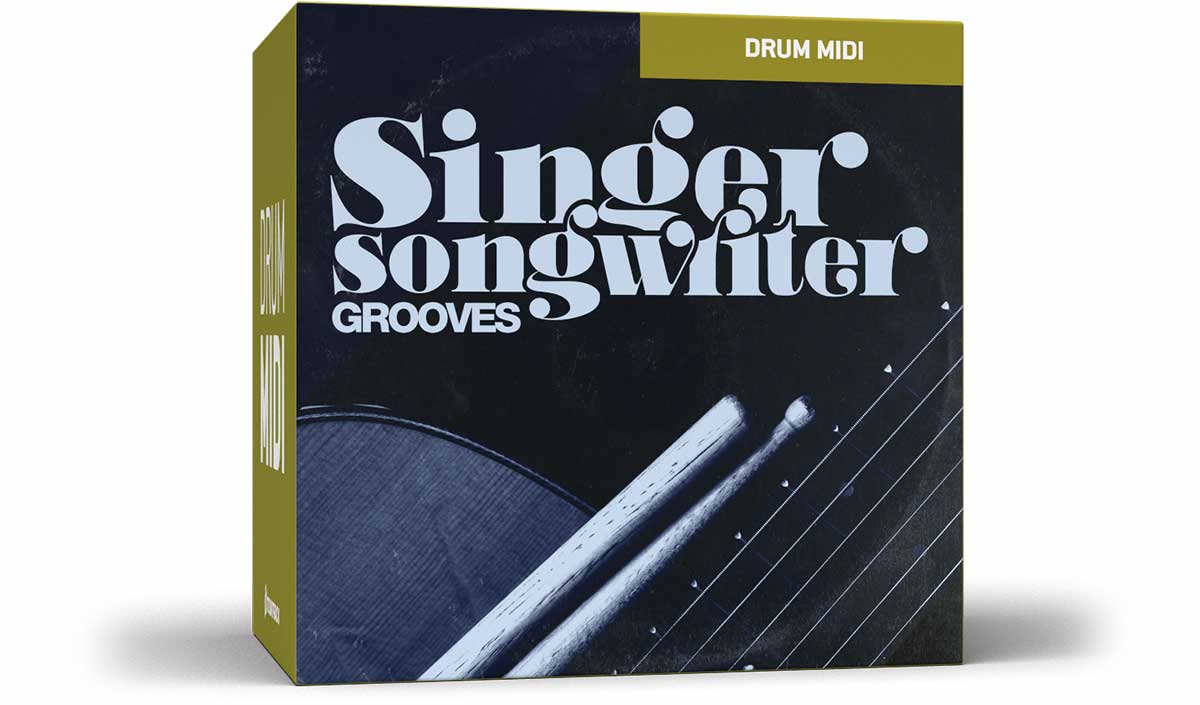 ALL OUT LAID BACK.

A broad collection of grooves for laid back and vocal-driven pop/rock.

This collection of drum grooves was put together with the demanding singer-songwriter in mind. For anyone looking to write vocal- and melody-driven music where the drums are meant to serve as the backbone of the rhythm section but never get in the way of what matters the most: the song.

Expect a variety of fundamental and mellow grooves for ballads, mid- and uptempo songs for use in any pop, acoustic rock or laid back music fitting the broad definition of what “singer-songwriter” music is today. Think Albert Hammond, James Taylor, Marc Cohn, Boz Scaggs, Elton John, John Mayer and Ricky Lee Jones and you’ll get a perfect sonic image of what these grooves sound like.

Note: This MIDI is unique and not the same as the library included with the Singer-Songwriter EZX. 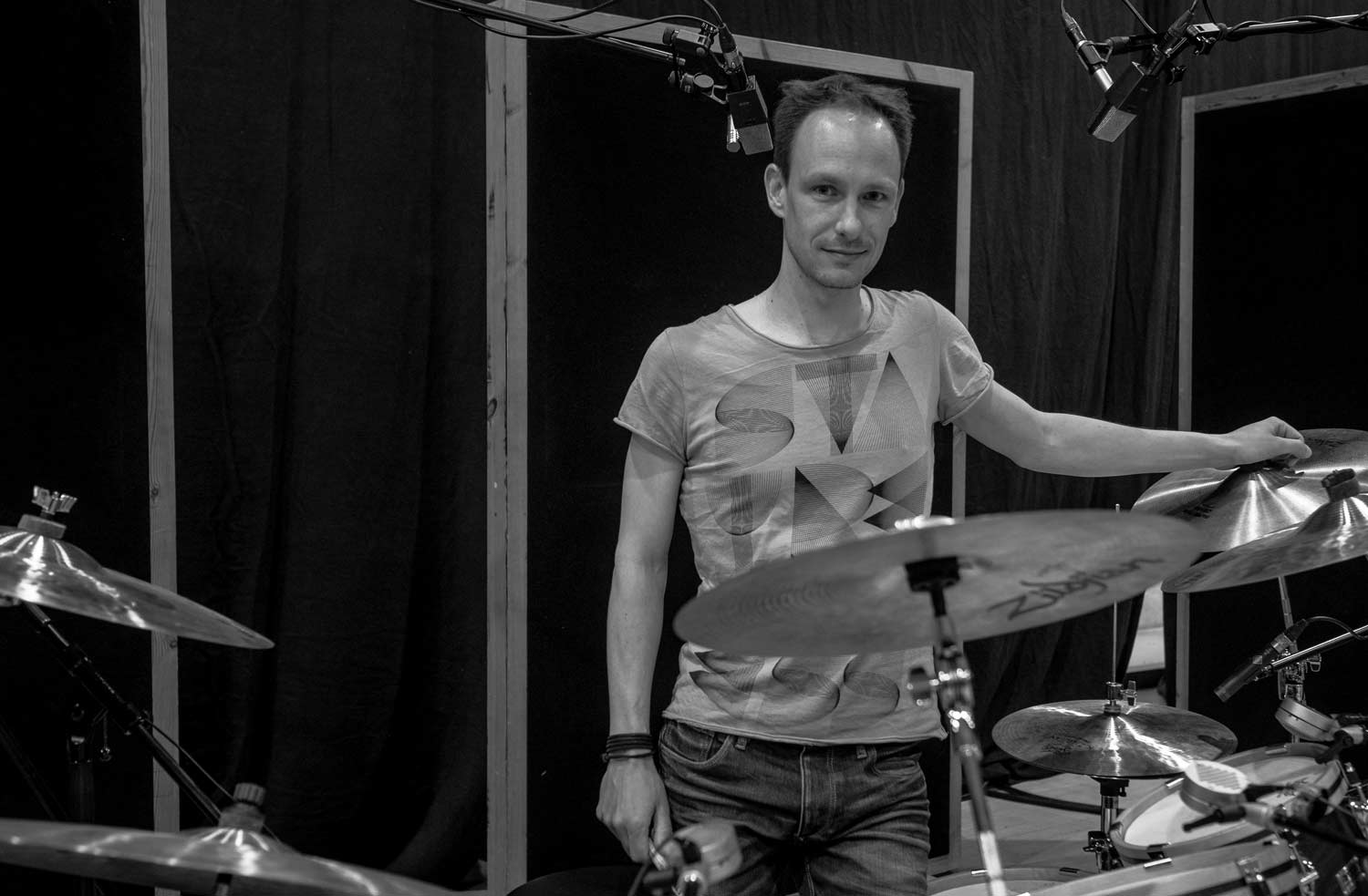 You have made several MIDI packs for Toontrack, perhaps most notably the entire core MIDI library for Superior Drummer 3. How do you find inspiration and is it hard to juggle so many styles?
Finding inspiration for new packs is never a problem at all. There’s so much great music out there, so many interesting styles and genres, all with their unique beauty and challenges both musically and from a drum perspective. How can you not get inspired by all this again and again? I just love music and drumming, I love to get myself in all of these different playing situations which require different skills, techniques, feelings and musical mindsets. I always find it extremely interesting to dig deep into the specific style of each current project. Where did the music originate from, where are its roots and influences, how did the great players and writers of this style think and feel, what’s the musical core of this genre etc. Although I generally know a lot about these styles already and have an idea of how to play them technically, I always get the chance to learn even more. It’s a great privilege.

What is the singer-songwriter genre to you, from a drummer’s perspective?
For me all the many different songs of the genre have in common that they want to tell a story, whatever that may be. So, clearly the vocals and their message have and should have the focus in these songs, next to the melody and harmony. The drums should always serve this storytelling approach and never get in the way of the song. The drums should do what it takes to fully support the singer so she or he can tell the story. The drummer and all accompanying musicians should help with setting the emotional scene and support the development of the storytelling process.

Like you mentioned, in the singer-songwriter genre the drums are often more in the background. Is there a different approach when playing this type of stuff? Do you need to apply a different thinking?
Personally I think not really. To me the drums, just as any other instrument in a production, should always first of all serve the development of the song. Playing what the song “needs”, which also goes true for any genre, is always number one. Of course, the definition of what the song “needs” varies from genre to genre. In a funk song, the big focus may be on the groove, in fusion the dominant focus might be complex arrangements and technical prowess while rock might rather ask for high energy and extreme emotions. As I said, I think the songs of the singer-songwriter genre are all about telling a story, so that automatically means that for example big and complex fills and breaks would rather get in the way of that musical goal. If you want to serve the song, you try to avoid all of these distracting factors in your playing, which doesn’t mean that you can not come up with interesting and challenging grooves. The challenge and beauty of the drums in this genre for me is to play interesting stuff anyway, but keep it subtle and always musical.

The core library of Superior Drummer 3 has mallets, rods and brushes included – all of which are tools very frequently used in singer-songwriter material. Was this something you thought of when creating the grooves?
Oh yes, I actually had some great reference songs in my playlist that used rods and brushes and I also used the Gretsch and Ayotte kits from the core library during the recording quite a lot. In the end, I decided to keep the grooves “generic” enough so that they can be played back and used with libraries sampled with only sticks as well. All of these grooves will work perfectly with any tools, though!

Name a few personal artist favorites of the genre.
As always when being asked for favorites it’s hard to narrow it down to a short list, but I would definitely name James Taylor and Marc Cohn as two artists I really love and always listened to a lot. But also John Mayer is a fantastic younger artist of the genre, and I would definitely recommend checking out legends like Albert Hammond, Boz Scaggs, Scott Mckenzie, Elton John, Ricky Lee Jones and many, many more.

Tell us how a MIDI pack is “born,” from idea to finished product!
It usually all starts with an idea for a certain musical genre or a specific style of drumming that we think would be interesting to covering that our user base would need for songwriting and production purposes. From there on, I look into the general development of the genre, where it originated from, what the influences have been, which artists that are most prominent and by whom were they influenced themselves. Then I would of course check out the drummers, their influences, how and what exactly did they play, I dig into old interviews, YouTube clips and of course many, many of their recordings. Then as a next step I create a long list of inspirational songs and just play along with them to get a feel for the playing, the micro timing, for the overall musical approach and so on. I then narrow that song list down to about nine to ten specific songs that cover many different tempos, playing styles like straight or shuffled etc. These songs give me starting ideas for verses and/or choruses that I record. And from there on it’s just thinking about and deciding what else I as a drummer would play for all the different song parts in a song that would have that specific verse or chorus. And then I just record that. This usually goes very quickly because everything else has kind of like automatically fallen into place already through all of the research and preparation. 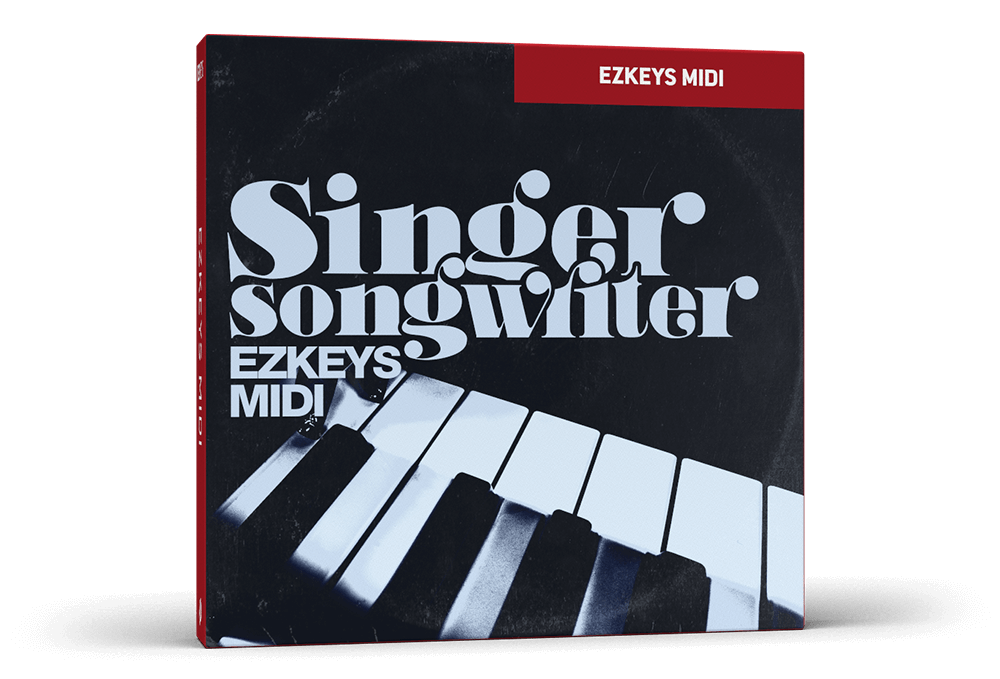 Pair your Singer-Songwriter Grooves drum MIDI with the Singer-Songriter EZkeys MIDI and you’ll have a perfect match!