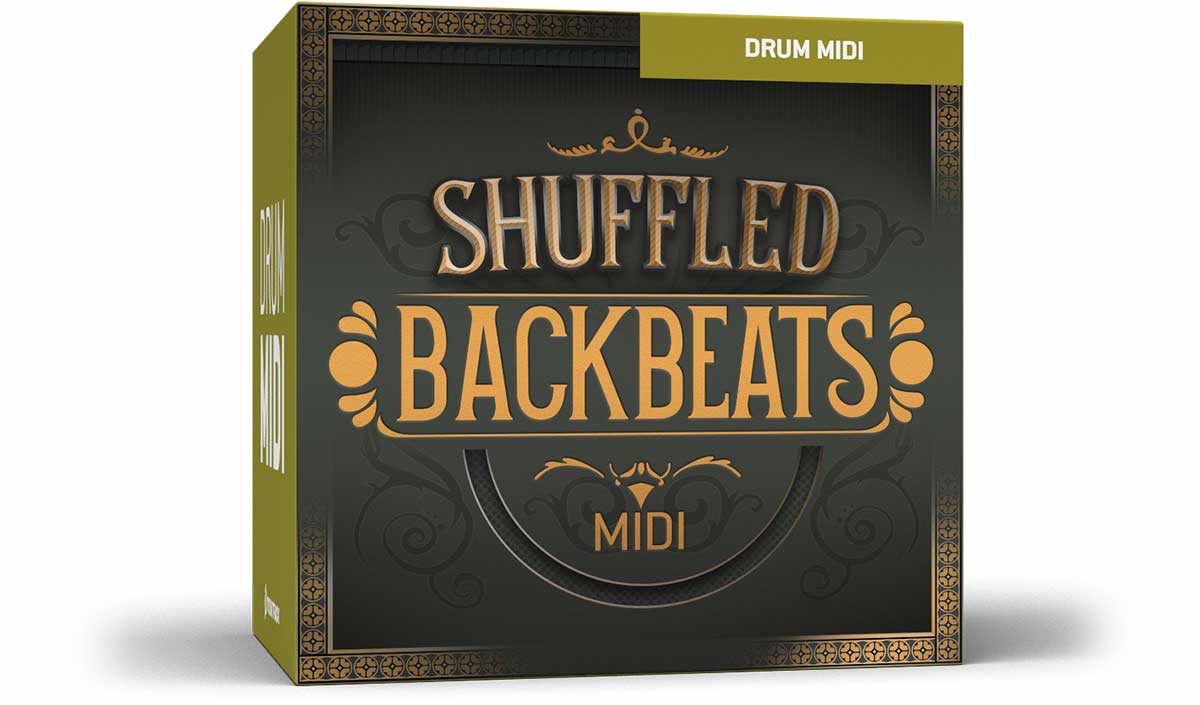 THE END OF YOUR SHUFFLE TROUBLE.

A broad palette of shuffled drum grooves for anything from classic rock to modern pop.

There’s something about those swung eighth and sixteenth notes – not only theoretically, but physically. The moment you nudge those seemingly insignificant notes back, you instantly get a completely different feel and rhythm. Playing shuffled grooves, on the other hand, is far from simply backing off on notes – it’s a subtile art of timing and finesse. Listen to greats like Bernard Purdie, Jeff Porcaro and Steve Jordan, who all have immortalized and reinvented the shuffled groove in numerous timeless songs, and you’ll hear it.

The Shuffled Backbeats MIDI pack comes with a comprehensive collection of MIDI inspired by classic songs spanning several genres, all with that distinct swing feel. Expect the unmistakable blues-tinged rock backbeats, the ghost note-ridden AOR grooves as well as a host of laid-back variations, perfect for any ballad or soul track.

This is the ultimate broad-stroke palette of grooves for use in any creative context – from classic rock to modern pop. 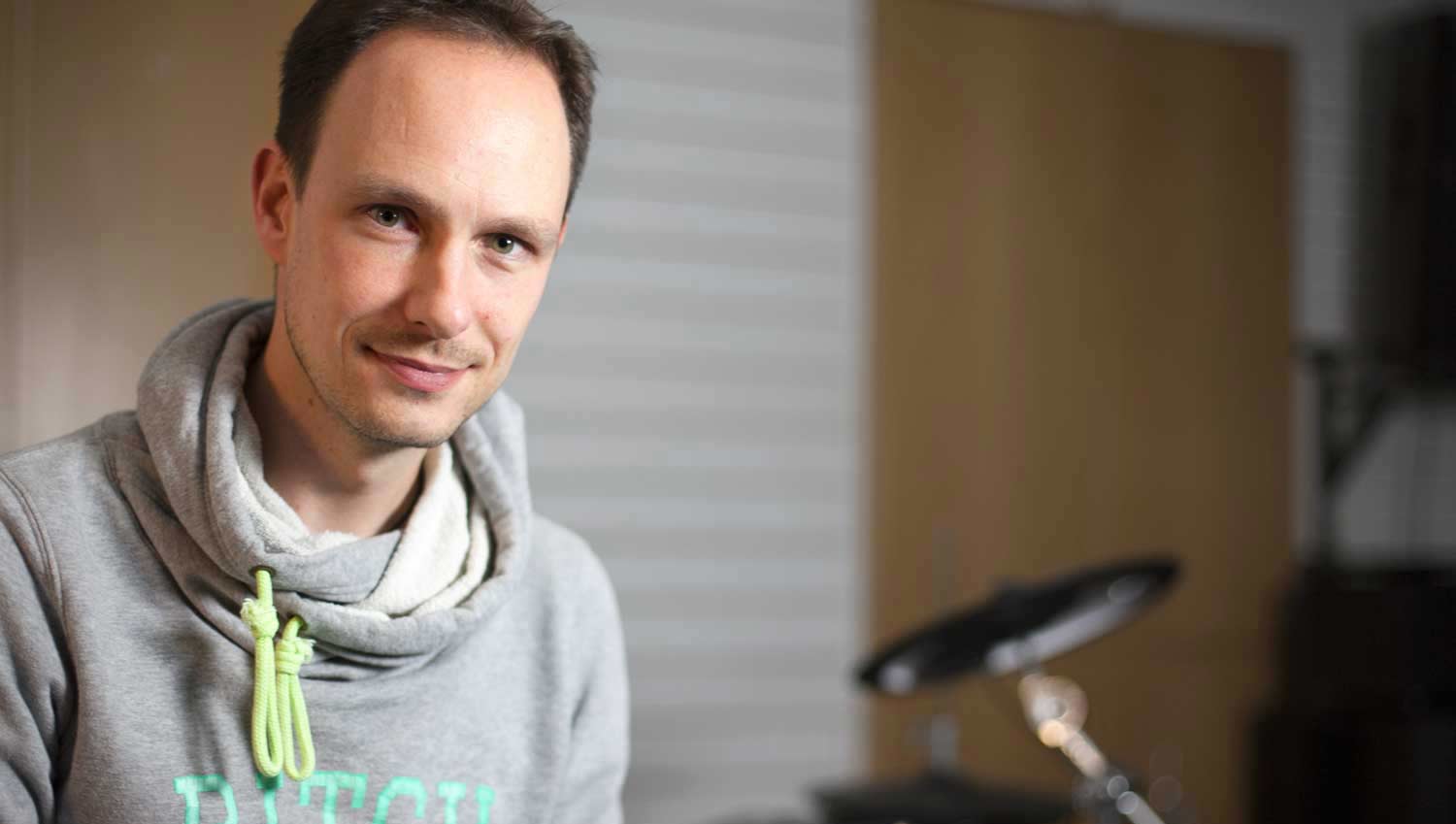 What did you try to capture in this pack?
Drum grooves with a shuffle feel can be found in so many songs of all genres and styles. They are really basic must-have material for any songwriter. I tried to record and capture a very broad palette of shuffled grooves in various tempos and feels from many different genres. As the common denominator, I wanted to make sure that all of them would perfectly work in song arrangements with a clear backbeat feel.

To be clear, what is a backbeat?
Oh, that’s when the two and four are accented in a beat!

With only shuffles, was it hard to still create such a diverse collection of grooves?
No, not at all! You’ll easily find very interesting songs with unique shuffle feels in almost all genres. When I did the song research for the pack, the list of great songs that could serve as inspirational references grew longer and longer very quickly. I tried to focus on songs that have a unique and in some way special timing of the shuffled subdivisions, because, at least to me, I think this is most important element in a shuffle.

The shuffled groove has a lot of history – from the early days of jazz and blues, through the funk era, the AOR age and all the way up through to today. What does the shuffle mean to you as a drummer and how were you personally introduced to it?
That’s right, the type of shuffle that is based on continuous rolling triplet subdivisions comes straight from the era of early jazz and swing. The ride cymbal pattern in jazz is almost the same as what drummers of more modern styles would play on the hi-hat or the cymbal in their shuffle grooves. When the rich tradition of jazz gradually developed further into the very early styles of blues, a lot of drummers came from the jazz scene. I guess it was very natural for them to incorporate triplet subdivision feels in their beats. Over time, the shuffle developed into being interpreted in a more straight eighth and sixteenth note phrasing. To me personally, being a drummer that has studied and played a lot of jazz and jazz-oriented music, the triplet subdivisions of the shuffle feels very natural. I love the rolling continuous flow and the almost hypnotic feel that you can create when you time the subdivisions in a certain way. In slower and mid-tempo grooves, it feels and sounds almost like an old steam-train! It’s a magic groove and it feels great to play it. I remember that during my years of studying, listening to master Art Blakey on the Jazz Messengers’ album “Moanin’” was a true ear-opener and a revelation in terms of understanding the shuffle. But also, listening to the great Bernard “Pretty” Purdie as well as drummers like Jeff Porcaro and Steve Jordan (to name but a few) is a perfect way to discover the beauty of shuffles.

You mix and match between several genres in this pack. Is there one you prefer over another, both from a musical standpoint and as a drummer?
I’m afraid I couldn’t really choose one over the other, haha! It’s a difficult question. The mid-seventies shuffles played by Purdie on Steely Dan records like “Pretzel Logic”, “Gaucho” and “Aja” are timeless and extremely inspiring. These grooves sound so relaxed and really “feel“ great when you play them. Of course, being a kid in the early ‘80s, I also love all of the AOR-influenced shuffles – of which 90% seem to have been recorded by the great Jeff Porcaro! He developed Purdie’s style of incorporating the rolling triplet subdivisions into the beat further and brought this way of playing to perfection. However, we should not forget that also in more contemporary music like hip-hop and neo-soul, the many variations of the shuffled beat has played an enormous role.

Some say that playing a shuffle is an art – do you agree?
Yes, I would definitely agree! The true art and almost hypnotic feel lies in the timing and phrasing of the triplet subdivisions. You might think that triplets inside a quarter note are always nothing more than just triplets but when you dig deeper into very different recordings of shuffles, you’ll very quickly find examples that delay the third note of the triplet so late that it actually almost could be a regular sixteenth note. Or the exact opposite – phrasing the subdivisions earlier and making the beat almost sound straight eighth note-oriented. Again, a very good listening excise is Art Blakey’s performance on “Moanin’” – and of course Bernard Purdie’s way of playing mid-tempo grooves. There is a lot of personality that goes into the timing of a shuffle. That’s the art and the beauty of the groove!

What do you hope users will take away from this pack?
I hope that songwriters will find a lot of valuable material that will work for shuffled songs in many different contexts. The pack provides many different variations for each song part and a large selections fills. I hope all of this will trigger new creative thoughts for people.

Jeff Porcaro
The legend and undisputed master of pop/rock from the ‘70s through the ‘90s. Not only has this gentleman played on literally at least every second record I love, his relaxed groove and musical playing always put the song first.

Phil Collins
A phenomenal, influential and very musical drummer that, sadly, quite often is underrated.

Steve Gadd
With his unique groove, touch, perfection and relaxed funkiness on literally thousands of studio sessions, Steve has influenced a whole generation of the modern drummers of today – myself included.

Steve Jordan
Steve’s playing is simply beautifully soulful. Everything he plays (and NOT plays) is all about the song, the groove and the feel. Loads of personality in each an every hit he plays – not least in his shuffles.

Phil Gould
The grooves Phil laid down for Level 42 are small musical masterpieces in themselves. Incredible groove player and overall musician.

Vinnie Colaiuta
Vinnie is a master of both musical and technical finesse. His unique way of incorporating the most complex playing and still not getting in the way of the song is absolutely amazing. His groove and feel is insane!

Bernard “Pretty” Purdie
Nobody grooves on shuffles like Bernard does and did on so many milestone recordings. If you want to learn anything about swing and shuffled subdivisions – listen to Steely Dan’s “Babylon Sisters”.

THE MASTER OF MANY STYLES.

You have recorded several MIDI packs for us – all of which feature completely different styles and approaches to drumming. How come you master so many genres? What’s your background?
I was maybe ten or eleven years old the first time I heard Chick Corea. From that moment on, everything changed. I couldn’t even begin to wrap my head around how Dave Weckl, the drummer, did what he did on Chick’s songs. I had already played drums for a short while, but this was a revelation. I got completely obsessed. Suddenly, everything revolved around drums, technique and practice. I had my mind set on making music my profession – there was no other alternative. Eventually, this path lead me to start studying jazz drums, piano and arrangement at the Hilversum Conservatory and the Conservatory of Amsterdam. For five pretty intense years, I completely surrendered everything other than music and just got lost in absorbing as much as I possibly could. Studying jazz as a genre, I think, is very helpful for developing a strong technical foundation that can be applied in a lot of musical contexts. I think this is part of where where my versatility comes from. Another great thing about studying in an environment like this is that you cross musical paths with people from all around the globe. To speak musically with people from all parts of the world is the best, and sometimes very humbling, way to develop your own voice. So, I guess my versatility comes from all of this combined with my eagerness to explore what I love the most: music. I don’t really thrive on being a technical drummer, that’s not what music is all about. I’ve always loved to play (and listen to) anything from basic rock and country to pop, funk and, of course, jazz. 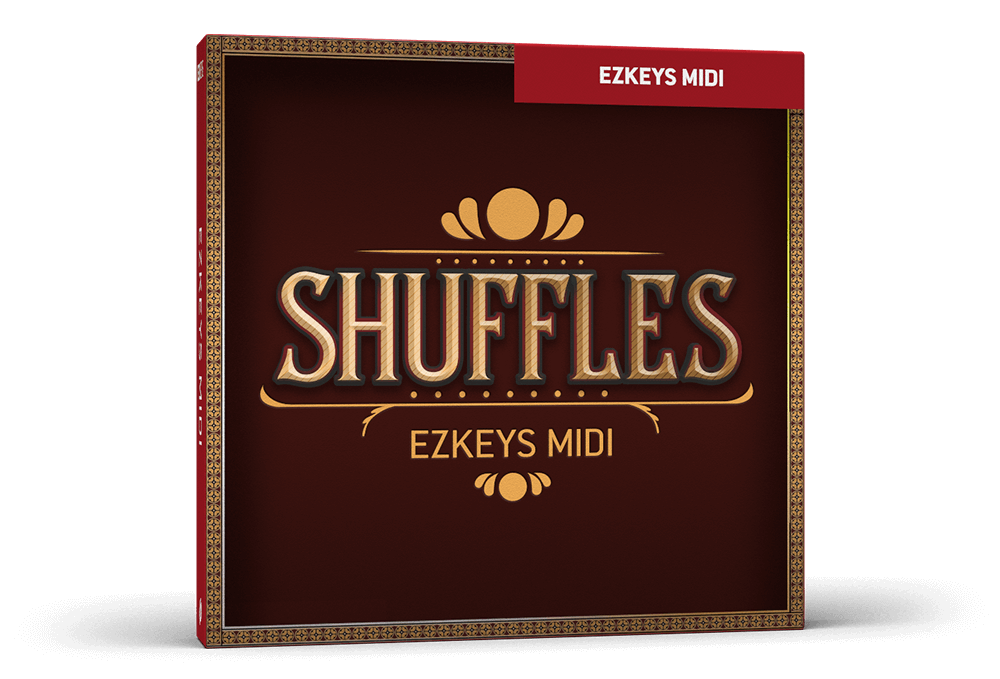 Check out the Shuffles EZkeys MIDI pack! It gives you a broad selection of shuffled playing variations for piano or keyboard. The perfect match!