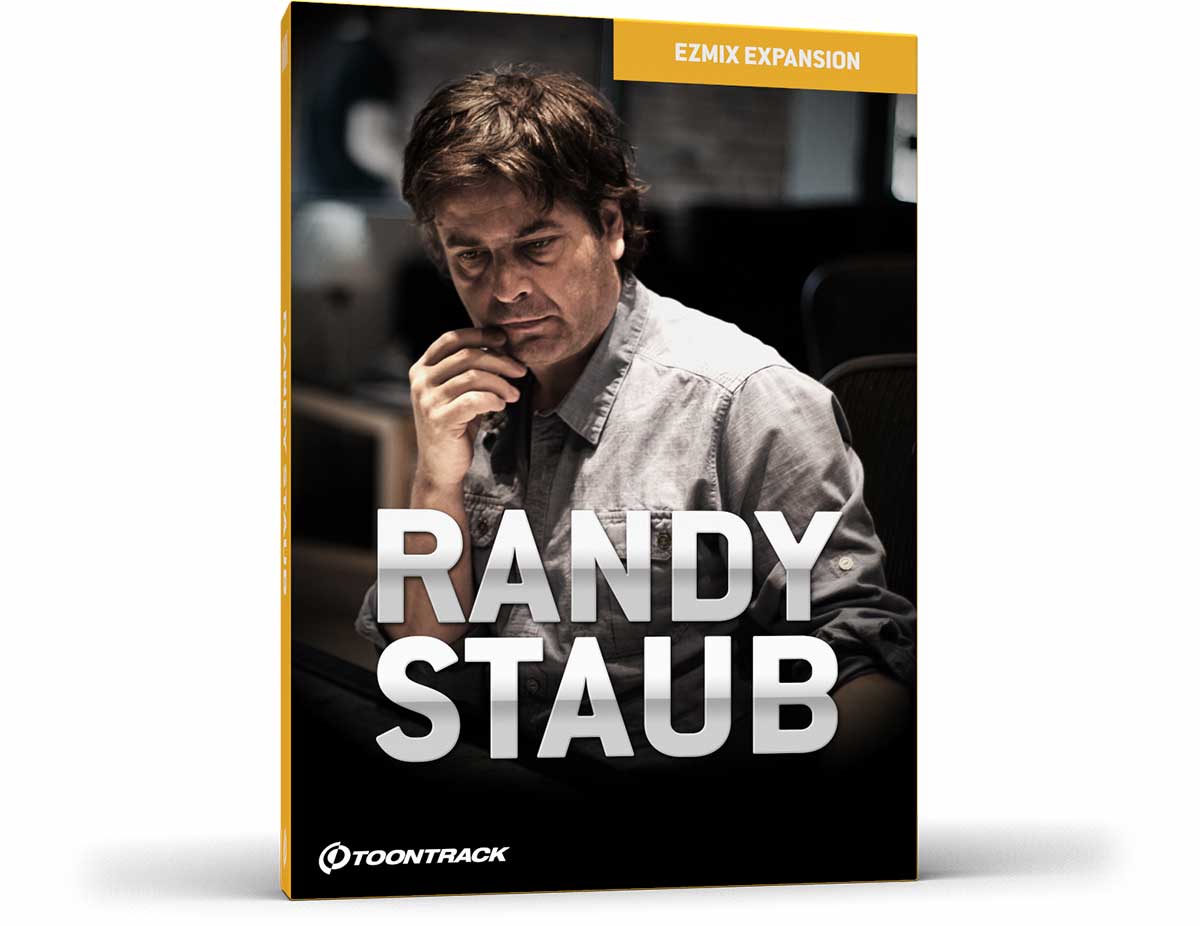 From the man who defined the sound of a generation and added a new meaning to the word heavy. Meet Randy Staub, mixing engineer, producer and creative mind behind countless groundbreaking pop, rock and metal productions.

Having worked with A-list clients back to back for the past plus 20 years, mixed groundbreaking works like Metallica‘s “Black Album” and Mötley Crüe‘s “Dr. Feelgood”, shaped the sound for artists like Nickelback, Michael Bublé and Bryan Adams, Randy Staub is beyond just a mix engineer.

He’s an institution in the music production community and perhaps the most prolific engineer of the last two decades. With Staub’s profound impact on the craft of mixing and with his collected work being a virtual who’s who flip chart of the past 20 years of rock, we are needless to say extremely proud to add the man who defined the sound of a generation to the EZmix roster.

The Randy Staub EZmix Pack comes with a variety of presets for the most common mix needs. Be it guitar, bass, vocals or drums, with this pack you are one click away from assigning Randy’s effect chains to your own tracks. Lend some of Staub’s nine time Juno Award nominee magic and signature sound to your songs.