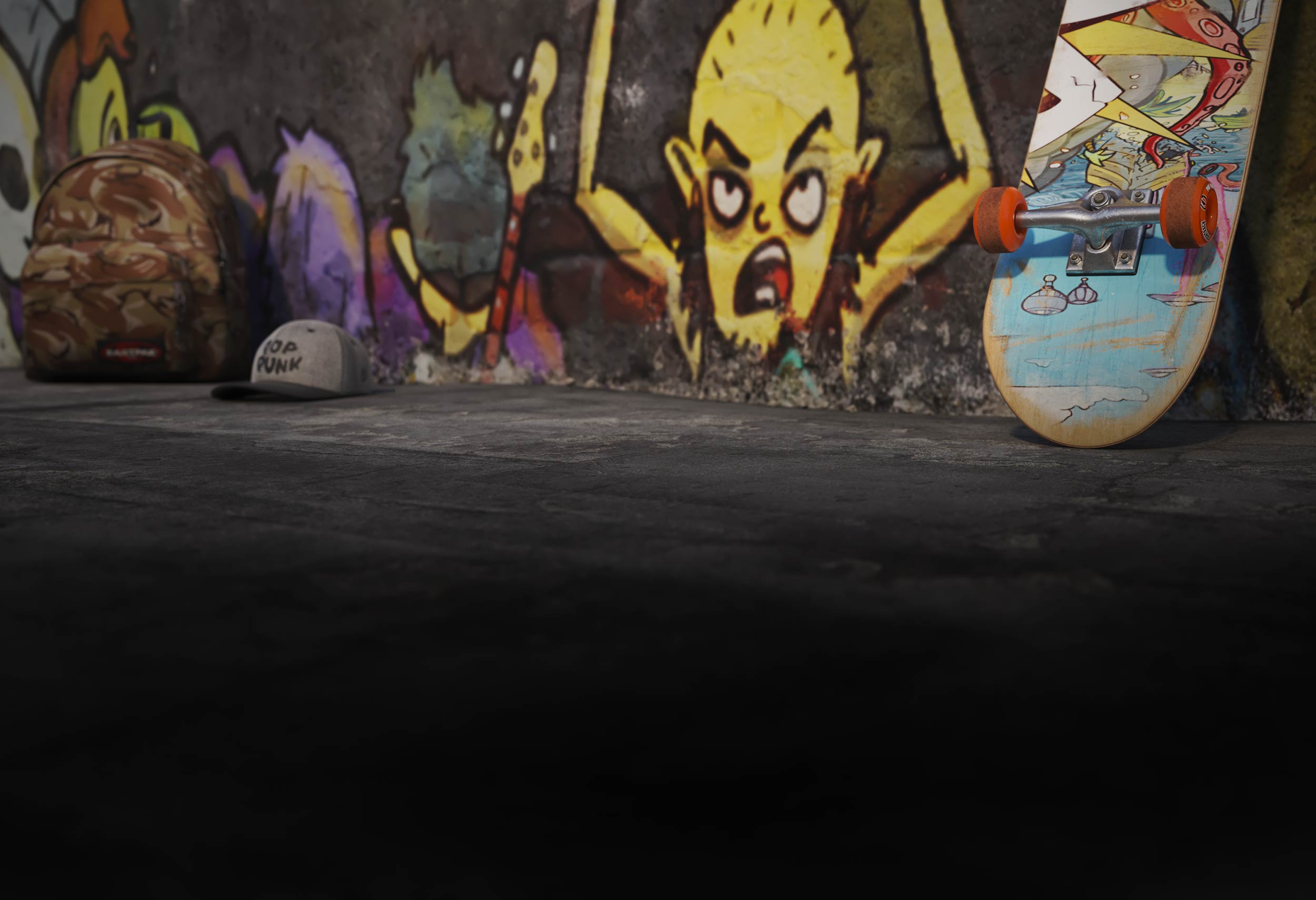 Drums by the man who in many ways defined the genre.

The Pop Punk EZX was recorded at the personal studio of John Feldmann, a Los Angeles-based producer/engineer/mixer who’s had a monumental impact on the last couple of decades of popular music.

The EZX includes three full kits, all capturing that larger-than-life and all-American radio-friendly sound of the commercial and hook-driven pop punk music that has been a mainstay since acts like Blink-182, Simple Plan and Green Day broke onto the scene around the turn of the millennium.

Welcome to a collection drum sounds, tailored for high-end pop punk and ready for the airwaves.

BEHIND THE SCENES
WITH JOHN.

In this video, John Feldmann shares some stories on a few of his favorite instruments and why he picked them for the Pop Punk EZX session.

The Pop Punk EZX comes with three full kits, all handpicked by John himself. For details on cymbals as well as additional snares and instruments, see full instrument list at the bottom of the page.

This direct and punchy-sounding Orange County set is Feldmann’s house kit that he’s used extensively over the past years. “It’s the best kit I’ve ever used, and I’ve definitely used a lot of legendary drums,” says John Feldmann. Can it get more pop punk than this, we wonder?

With a roster that includes the who’s-who in modern pop punk, hardcore and rock, SJC has become a mainstay brand for custom and handcrafted boutique drums of the highest quality among top artists of the genre. This specific kit was a given for the Pop Punk EZX. It has that edgy and sharp, defined tone that cuts through in any mix.

Similar to its sibling but with a slightly wilder tone to it, this kit is the perfect complement for the full SJC experience. “Mike at SJC has been so kind over the years and he’s a really good friend of mine. He’s so hyper-focused on the way his drums sound, how they look and the whole thing,” John says. 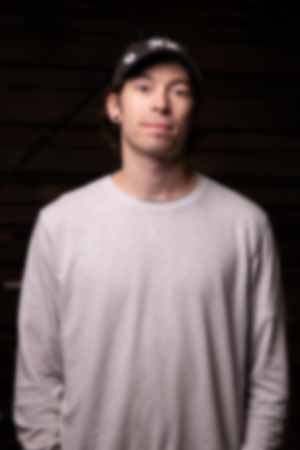 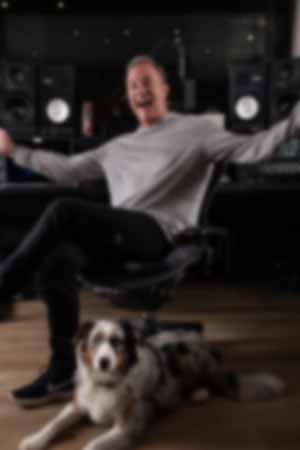 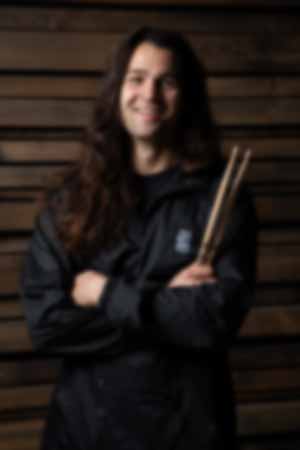 Tell the Toontrack community – who is Aric Improta?
I am currently the drummer of Night Verses and Fever 333. I have an eclectic background of experience from Goldfinger to Trans-Siberian Orchestra. I’ve performed in multiple drum festivals around the world and toured through over 25 countries and 45 states. I was recently nominated for a Grammy with Fever 333 in the category of Best Rock Performance. I have done collaborations with GoPro, Remo, Schecter, Vans and Journeys. I have been featured in multiple music outlets from Rolling Stone to Modern Drummer. In general, I love creating and learning as often as possible. I’ve worked on countless projects with John at this point and was honored to be a part of this whole process.

Where did your interest in music come from? Were you raised in a musical family?
My family did play music for fun, however they both worked full time in different artistic fields. My father designs for Disney and my mother works as a drama teacher. So looking back, I think seeing the enjoyment they got out of working with art as the foundation of their occupations, is what ultimately inspired me to be a professional musician.

You currently play in two different bands. Tell us more about them.
Fever 333 is a three-piece band that falls somewhere between hip-hop and rock which is produced by John Feldman and Travis Barker. We all met playing in hardcore/punk bands together when we were younger and wanted to do something that was a little more musically expansive in comparison to our past projects. Jason, Steve and I have pretty eclectic tastes in music and in this project, we do our best to not set any limitations and integrate them all as naturally as possible. Night Verses is an instrumental prog trio with the two musicians I played alongside since I was 12: Reilly Herrera and Nick DePirro. This project has become a way to challenge ourselves creatively, we push ourselves on a technical level and I also integrate a ton of electronics with my drum pads to add a different dynamic I don’t have anywhere else.

Fever 333 was recently nominated for a Grammy Award. Seeing as you’re a relatively new band and got nominated for your debut album, this must have been a wild experience?
Yea, we definitely didn’t expect anything like that. So it was an honor to be considered and cool to see the Grammy committee paying attention to young bands, since most of the nominees are pretty far into their career by the time they get recognized.

Your style of drumming encompasses a brutally broad range – from straightforward rock to super technical metal. Where does the width come from?
Like I said before, I have a very eclectic taste, so growing up I studied everything that caught my attention and tried by best to mix it all together in a way that felt somewhat seamless and hopefully unique.

What drummers do you personally look up to?
I love Jon Theodore’s groove. I think as I got further along in music and learned more and more about decoding the technicality behind what I was listening to, it became fun to create with that knowledge, more then admire others who have it. But groove is something so personal, something I’m still constantly trying improve on. There is no way to fake it, it comes strictly from the time you put into your relationship with your instrument. There is a quote I love from Howard Snell that says “It is the height of professionalism to be able to make an ordinary piece of music sound good. When playing routine melodic studies the player must treat them as if they are musical value.” To me, Jon Theodore is the epitome of that idea.

What is your current go-to kit for recording and live?
Live it’s a Maple Tama* Rockstar. They are super durable and incredibly consistent. I love recording with those and their bubinga kits. However, if I’m not using Tama*, then Travis’ kit is by far my favorite to record on. Especially for pop punk material. It has a very different sonic personality from anything else I’ve played and pretty much defined the tones we associate today with pop punk.

The Pop Punk EZX session was your first time working with Toontrack. What was your relation to the brand before you were approached by John Feldmann about being the drummer on this?
My guitarist Nick (from Night Verses) used your programs for our demos over the years. So I was familiar with their capabilities and how much life they can bring to a recording on a budget.

How did you first cross paths with John and how have you worked together in the past?
I knew John because he produces Fever 333. Aside from the 20 songs we recorded for that project, I’ve also played live with his other band Goldfinger. I’ve tracked songs for him when he was working on demos for Korn, Sublime, etc. So I have a pretty good understanding of what John is looking for in the studio and love how hard he works day in and day out. It’s incredibly inspiring.

This is also your first time sampling drums with the Toontrack level of scrutiny. Looking back on the process now that it’s done, how was the experience?
It was awesome. It took a lot of patience obviously, but I learned a ton and had to really push myself dynamically to properly track some of those quieter samples.

And, of course, listening back to the drums and the finished product – what are your thoughts on how everything turned out?
Awesome. John’s tones are one of a kind and have taken years and years to develop. People are very lucky to now have access to them.

What’s next on your agenda?
I’m literally touring for the next year straight. A ton with Fever 333 and then performing and recording with Night Verses every time I’m home. All of our dates are posted online for those interested.

Here’s drummer Aric Improta with a quick commentary on some of the cymbals he recorded for the Pop Punk EZX.

THE POP PUNK EZX WITH E-DRUMS.

In these three videos, Luke Oswald performs using his e-kit together with the sounds of the Pop Punk EZX. 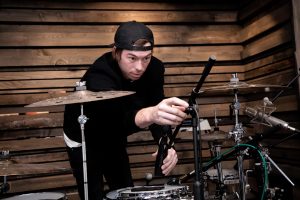 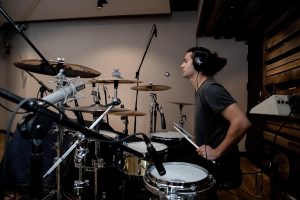 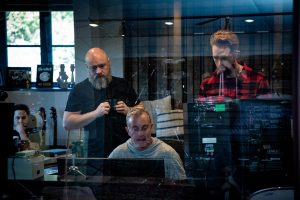 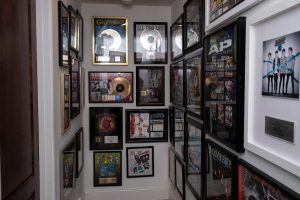 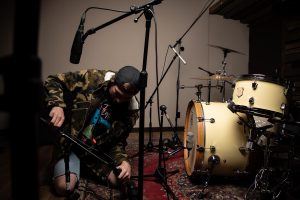 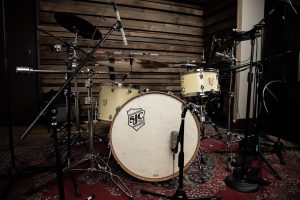 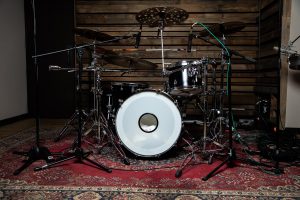 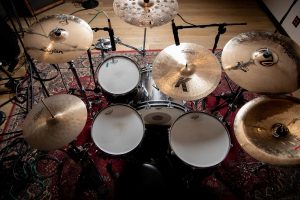 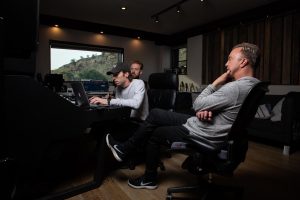 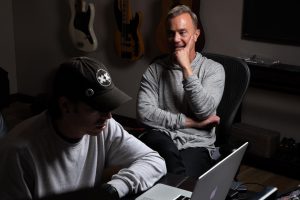 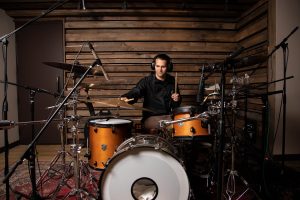 Songwriter? EZdrummer 3 was designed with you in mind. Meet your new drummer today.