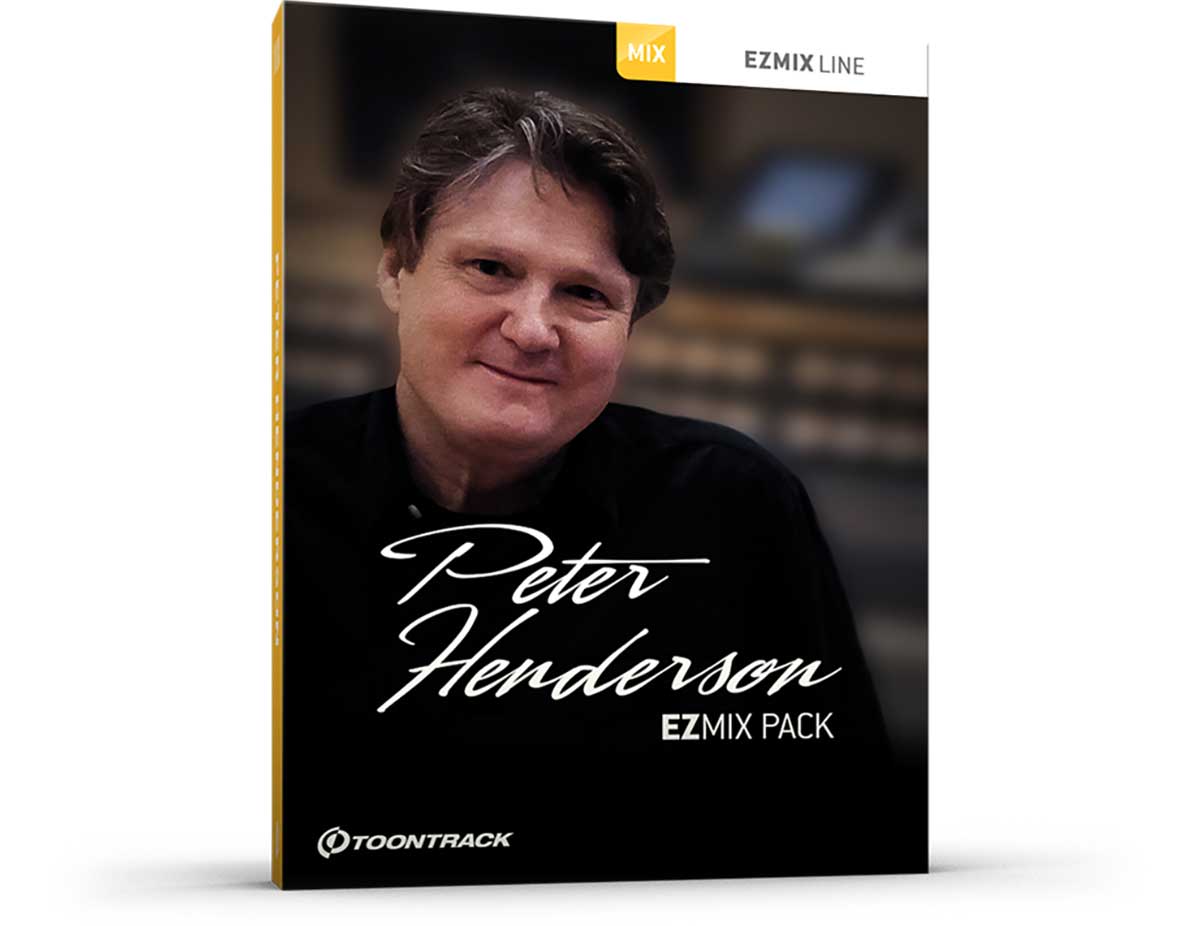 “EZmix 2 is a fully professional product – it sounds great! I like the fact that it’s instantaneous. Also, often you find something that you would never have conceived in the first place. It really is a creative tool”, says Peter Henderson.

The fact that these words come straight from someone who started his career training exclusively with engineer legend Geoff Emerick (The Beatles) at the AIR studios in London, worked alongside producer Sir George Martin for numerous sessions, recorded multiple million-selling albums, won a Grammy for Supertramp’s “Breakfast in America” and managed to sustain a busy career ever since the early 1970s says a thing or two about the EZmix 2 concept.

“I tried to create an EZmix Pack that reflects my experience having worked for many years in different studios throughout the world”, Peter continues.

And that pretty much sums up what this pack comes loaded with: 30 plus years of experience bottled in the shape of easy accessible presets that load Peter’s signature signal chains for a multitude of mix needs. Bass, guitar, lead vocals, strings, background vocals, drums – you name it.