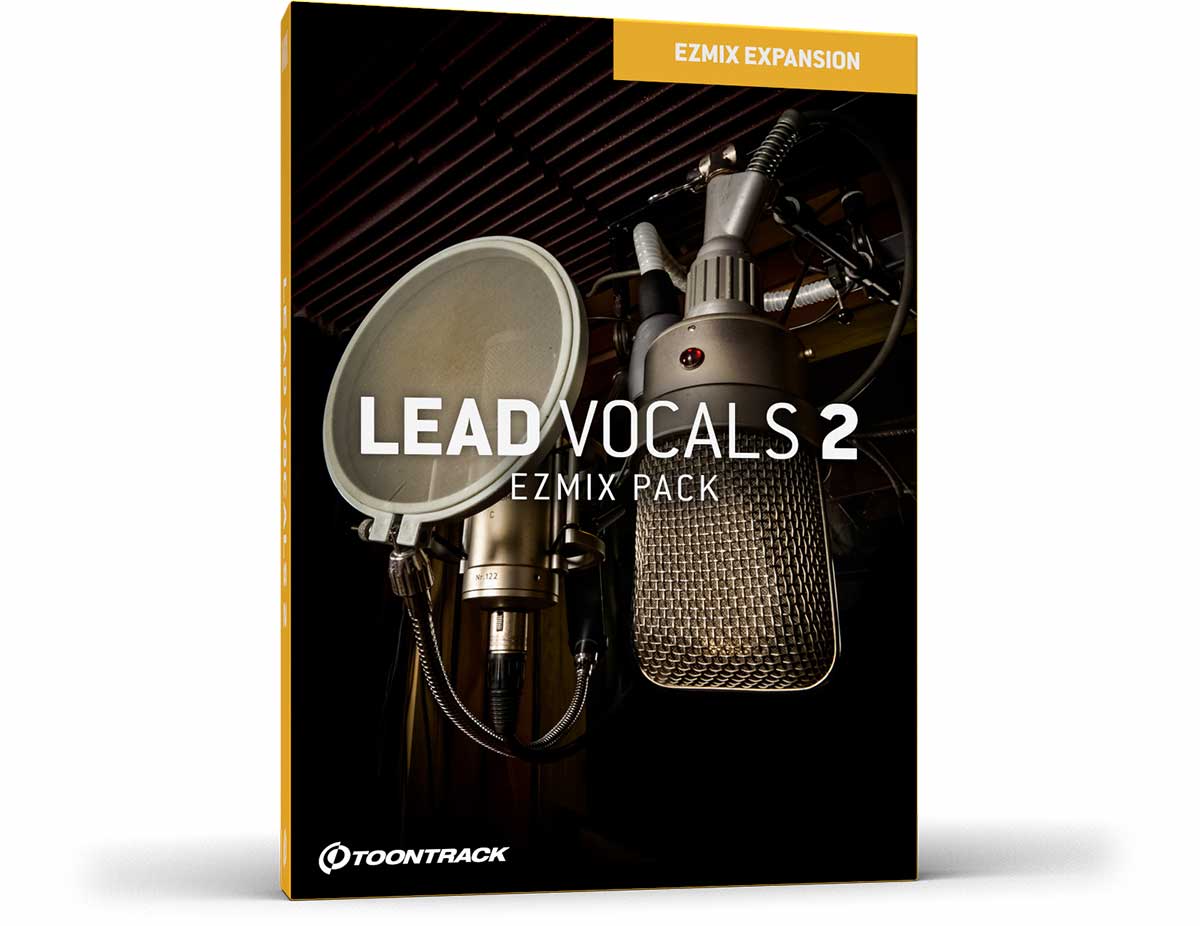 THE CENTER OF ATTENTION.

A broad collection of presets assuring that you keep your vocals in the focal point – always and in all ways.

Regardless of genre, the single most identifiable ingredient in a mix is the lead vocals. It carries the tune, the melody and the words. It’s the undisputed, universal component that anyone can name and relate to. However, engineering vocals is arguably one of the hardest parts of making a great mix. Aside from leveling, it often requires long chains of effects, compression, EQ and saturation to not drown or stick out. This collection of settings for EZmix 2 takes a broad approach to help with all of this and more in a quick and easy way.

Lead Vocals 2 EZmix Pack picks up where the first collection left off, but takes advantage of several new effects in the background. It includes 50 unique signal chain presets, all for a pre-defined need, sound or to help remove common mix issues in regards to lead vocals in a mix. Each setting is based on various amounts of effects and can include anything from compression, reverb and delay to tape saturation, distortion, de-esser and EQ.

This is the perfect collection of presets to keep in your creative mix toolbox, assuring that you keep your vocals in the focal point – always and in all ways. 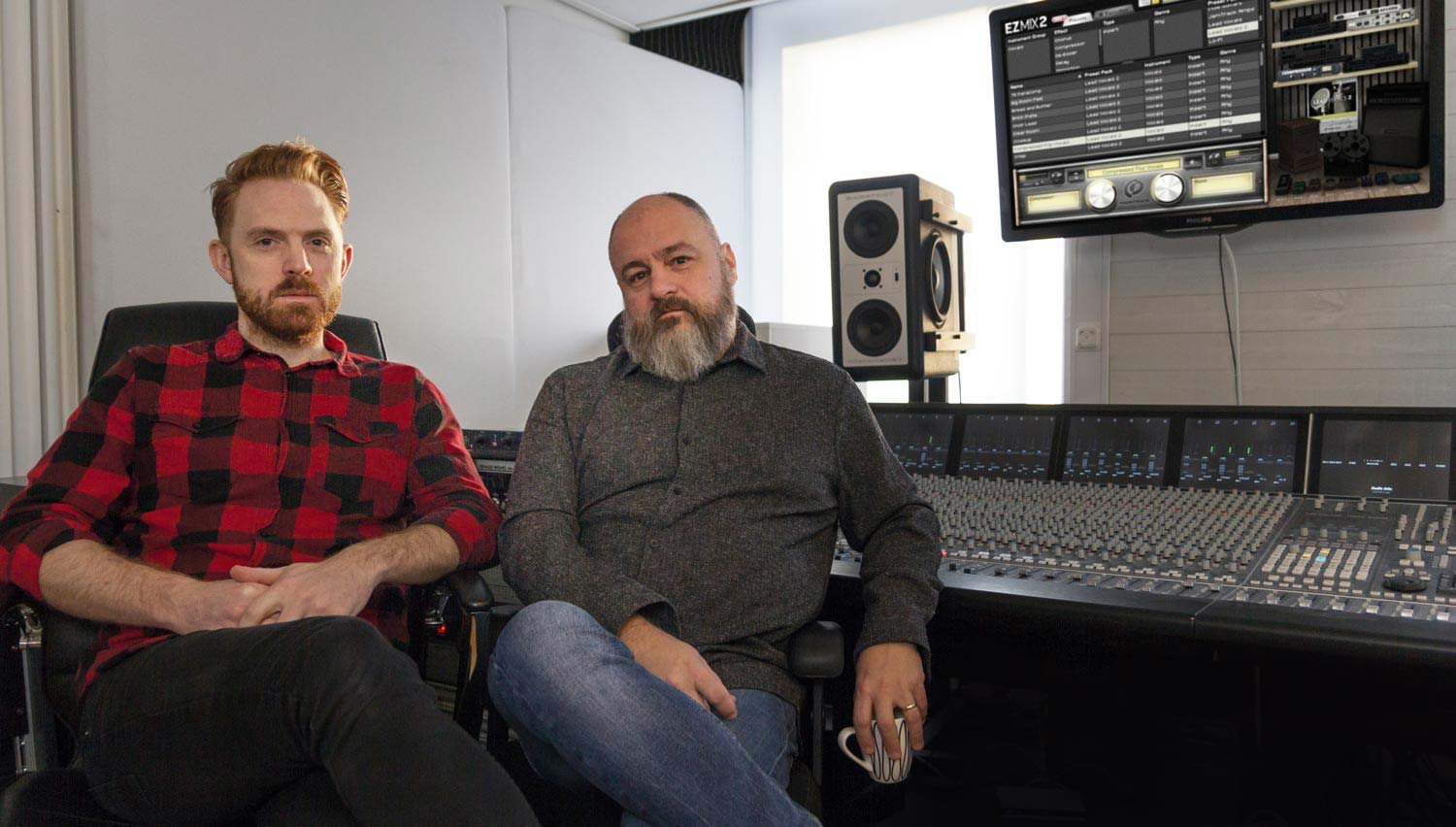 What did you try to cover with this collection of presets?
Martin: Long story short: everything. It has your typical bread and butter presets, but also more FX-heavy stuff. Since the first Lead Vocals EZmix pack came out a couple of years ago, we’ve also included a lot more plugins under the EZmix hood. It’s always fun to work with new gear, and you’ll inevitably come up with new and fresh results that way. We’ve tried to cater to as many genres, needs and mix-type situation as we could think of.
Ulf: Mixing vocals is often about body and clarity and bringing them forward. Then adding the effects you want depending on the style. I think this pack reflects that. It ranges from basic processing like compression and EQ to some problem solving and effect-oriented signal chains.

Was it hard to come up with 50 unique setting specifically for lead vocals?
Martin: No. There’s an infinite number of ways you can mix a track, and you usually end up with a lot more than 50 presets in the process of making a pack. The hard part is choosing what goes in the final product.
Ulf: On the contrary. I’d say it’s harder to narrow it down. We are constantly adding tools to EZmix and it’s fascinating how much it can do.

Tell us briefly how an EZmix preset is made. What actually goes into the process?
Martin: An EZmix preset contains pretty much all the typical things that goes into crafting a vocal sound. There are signal chains of EQs, compression, reverbs, delays and a whole lot more, within each of the 50 presets. Some presets are more basic with EQ and compression, while others are far more complex. A lot of attention goes into assigning the control knobs as well. If you have a knob that says “Compression”, it might not only adjust parameters of a compressor but also do things with EQ to ensure it sounds good no matter how much or little compression you decide on. For a “Reverb” control, we may for example make the De-Esser work a bit harder the more reverb you add. So there’s all that stuff that the user doesn’t see but that we spent a lot of time on in production.

You are both engineers and mix music on a frequent basis. How do you personally use EZmix 2 and how does it help in your creative process?
Martin: I am a frequent user of EZmix 2. The sort of presets I tend to gravitate towards are usually guitar amps, and also drum and master bus presets. It’s just so fast and easy. Using EZmix 2 helps me concentrate on the creative part of songwriting and production. Instead of getting stuck with comparing different amps, EQs and compressors, I get to focus on finishing my song.
Ulf: I’m also a songwriter and guitar player. When I’m composing and making demos, EZmix 2 helps me to speed up my workflow and lets me focus on the music. As a guitar player with an ever-growing selection of amplifiers, I still use the amp models in EZmix 2 a lot because it saves time, sounds like I want it to and gives me a bigger palette of sounds.

Vocals is arguably the one ingredient that stands out the most a mix…and thus the most crucial to get right. What defines a great vocal sound, in your opinion?
Martin: It has to do with the song, the melody and the lyrics. What is the lyrics trying to express and how is the feel of the whole song? It’s all about serving the song and the lyrics. Some tracks need aggression and bite, others needs something really smooth and tamed. Automation also plays a big role, with bringing out certain parts of the vocals where need be, and making it more anonymous whenever that’s called for. It’s an artform, in many ways. In the end though, a great vocal sound always comes down to whoever stands behind the microphone. In this day and age, you can cheat and fix a lot of stuff in post production, but hopefully we’ll never be able to replace a really good singer.
Ulf: Personality and getting the attitude right for the song. If it makes me listen to the words. That demands a good performance but also for the engineer to understand how to capture that and make the right decisions according to the situation. It would be wrong to not mention Nat King Cole. Those recordings are simply amazing. A lot of productions coming out of Nashville as well as Coldplay, Amy Winehouse, Adele, Michael Jackson are other good examples.

Finally, something completely unrelated to mixing: Greatest lead vocalist ever?
Martin: Can’t name just one so I’ll go with three. Freddie Mercury, Joni Mitchell and Chris Stapleton.
Ulf: Wow, that list is long (and I scratched the surface in the previous question), but one of the names on my list would be Mavis Staples. I tend to believe every word she sings.

For any and all things related to making lead vocals sound great and sit well in your mix.

Anything from warm and up close voice-over presets to effect saturated lead vocal settings.