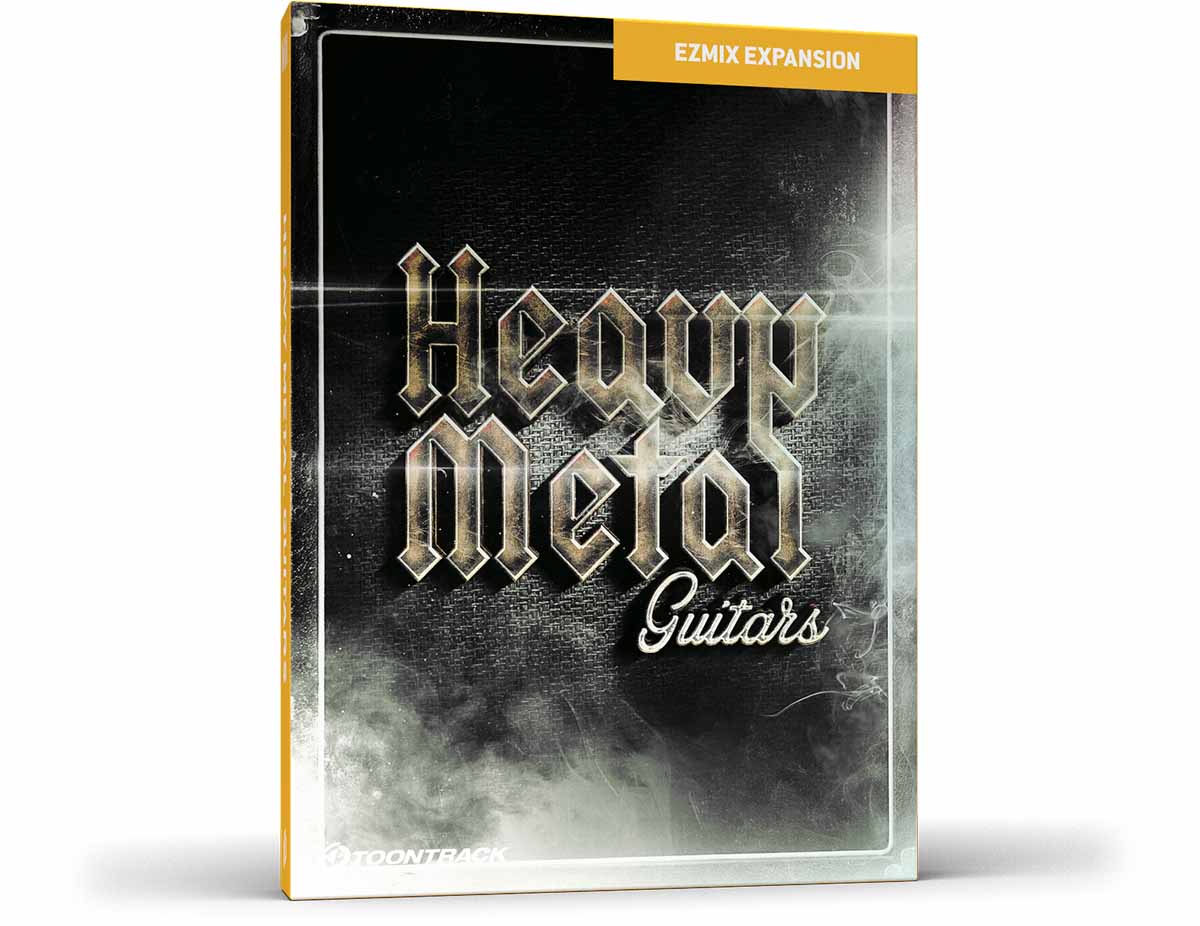 In this EZmix pack, we chronicle five decades of heavy metal guitars.

With the Heavy Metal Guitars EZmix Pack dialed in and with your favorite guitar firmly in hand, you’ll be on a journey that takes off in the steel mills of the 1970s English Midlands, continues up to East London for a mad ride through the heydays of the new wave of British heavy metal scene, takes you down to the heart of Germany and its roaring 1980s metal movement to, ultimately, have you end up on the other side of the Atlantic in the era that laid the brickwork for heavy metal in the new millennium.

Inspired by the pioneering acts in each chapter of the genre, this EZmix pack sets out to chronicle the evolution of heavy metal guitar tones and the tracks they’ve left in their wake. It especially hones in on rhythm settings, boasting more than thirty of them, but also offers presets for leads and cleans as well as a dedicated selection of bass tones. Expect a collection of mix-ready settings designed to last the entire range of heavy metal. Get your guitar out, it’s two minutes to riff night!