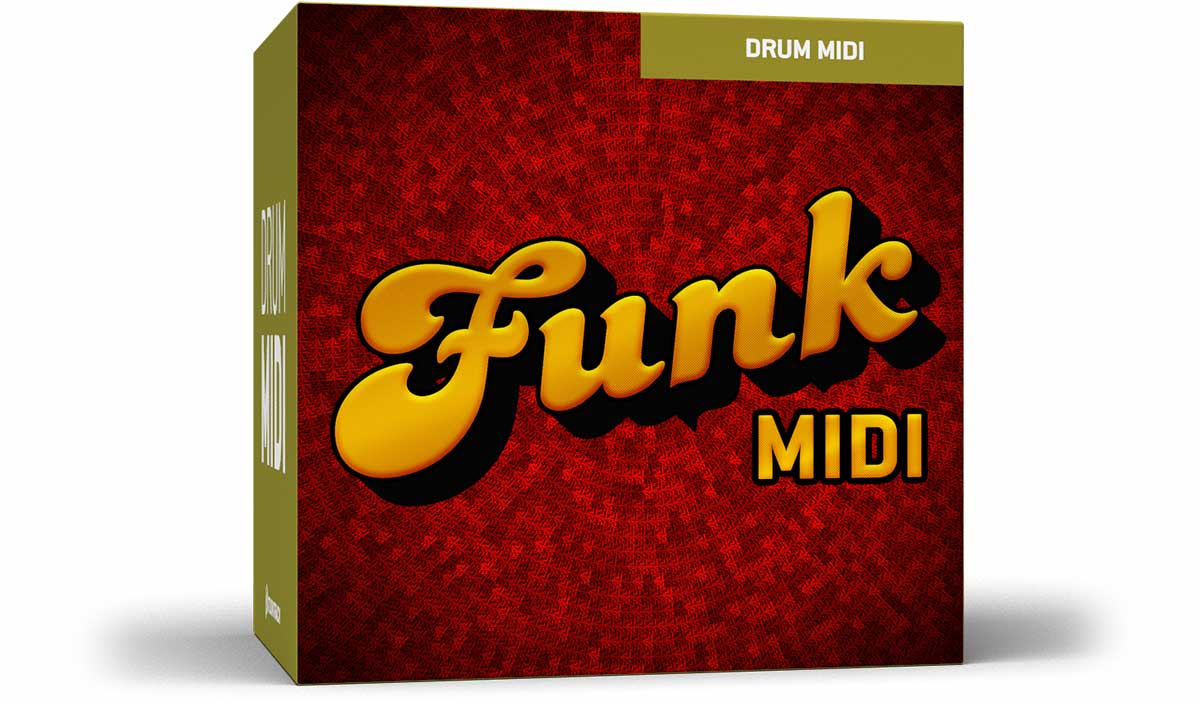 GROOVES THAT MAKE YOU MOVE.

A comprehensive collection of drum MIDI that captures the essence of funk: the groove.

More so than in any genre, the rhythm section and the overall groove in a funk song is the pivot point around which everything else revolves. In fact, some of the world’s most sampled drum beats come straight off classic funk records. Still to this day, the drum grooves of James Brown, Chaka Khan, The Commodores and many others are sampled and cited as major influences by contemporary top music producers from around the world.

With that and some of the genre’s most influential songs and drummers in mind, Norman Garschke managed to create a versatile collection of drum MIDI that truly captures the essence of funk: the groove. But regardless of whether you’re into writing funk songs or not, this collection will provide you with sturdy and remarkably inspiring beats that will fall seamlessly into any pop, rock or modern context. 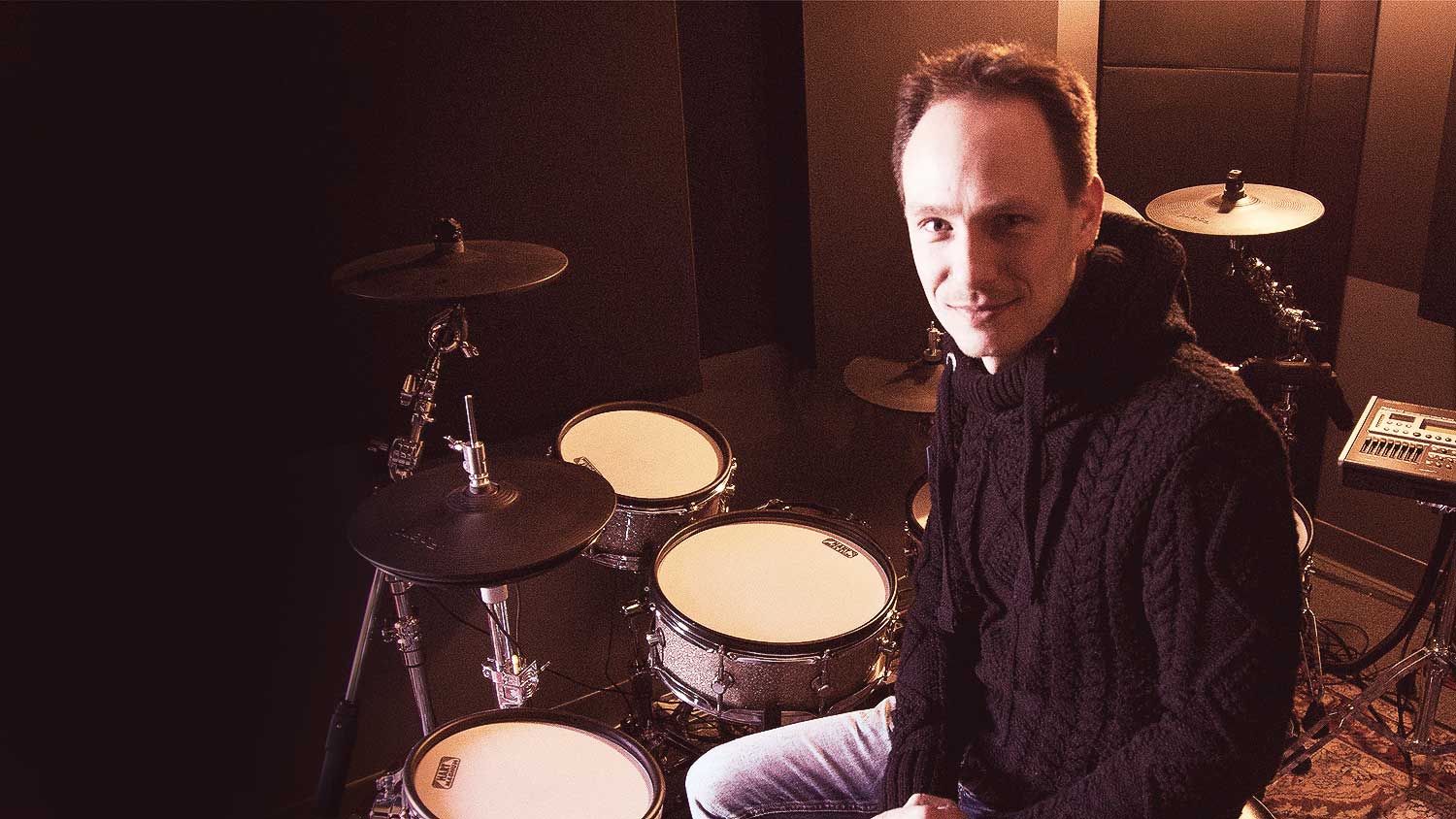 What was the basic idea for this drum MIDI pack and how did you approach the recordings?
By lending and mixing elements from a wide range of genres like soul, blues, jazz and RnB, funk is really a broad definition. However, most funk songs have one central element in common: the groove. It’s is all about getting you off your feet, up and dancing and having a good time. So, I tried to cover the broadest possible selection of different styles – from the classic 1960s through to today.

Which artists/bands have served you as inspirations for the different songs in the pack?
Of course, I started out with some grooves of the classic funk era. The timeless beats of the drummers of James Brown or The Meters are unique and true gems in the history of drumming. Also, bands like The Commodores or Average White Band have been very important to take elements of original funk music and develop them further. You can pick any song of those bands and will find amazing grooves and feels. Another band that had, and still has, a huge impact on the development of funk is Tower Of Power. They started to mix their funky beats, bass and horn riffs with influences from jazz-rock, which resulted in more complex and sophisticated grooves. Even today, you’ll find a strong influence of funk in the music of modern artists like Chaka Khan, Prince, Keziah Jones, Incognito or Jamiroquai – and so many more. I tried to cover as much as I possibly could, so, this pack is really a walk through the history of funk music of the last five decades.

Which drummers would you name as being most influencial and important for the genre? Who would you recommend taking the time to listen into?
Oh, there are so many great players I could name. I would definitely recommend listening into and trying to learn to play some of the classic grooves of the two legendary drummers of James Brown’s band, Clyde Stubblefield and Jon “Jabo” Starks. The same goes for the great Zigaboo Modeliste from The Meters. One of my favorite drummers of the genre and a true master of the groove is Steve Ferrone who played on countless recordings, especially the Average White Band albums are timeless. Another drummer that I think is very important is David Garibaldi who played in Tower Of Power. But I would definitely also always recommend checking out drummers like Stanton Moore, Bernard Purdie, Michael Bland, Steve Jordan, Dennis Chambers, Mike Dolbear, Derrick McKenzie – and the list goes on and on.

What is your personal connection to Funk music?
When I started out learning to play the drums at the age of about nine, I was very lucky to quickly get introduced to some basic funk recordings by my teacher. You learn the first basic grooves in 4/4 and it’s a great practice to try to play along with recordings and try to keep the time to understand the song structures, mimic the feel etc. My teacher would make copies of his favorite albums on tape cassette so I got the chance to listen to and learn from Chaka Khan’s “What Cha’ Gonna Do For Me“ (Steve Ferrone), early Average White Band recordings and the 1970s albums of Tower Of Power (David Garibaldi). This influence was extremely important for my musical development and eventually paved the way to me getting more and more interested in jazz-rock, fusion and finally Jazz. This finally led to me studying drums at the Conservatory as an entry into a professional career.

ADD KEYS TO YOUR FUNK GUITAR

This quick video shows how you add piano and a bass line to your already recorded guitar track using EZkeys. The grooves used in the example are from the Funk MIDI pack.