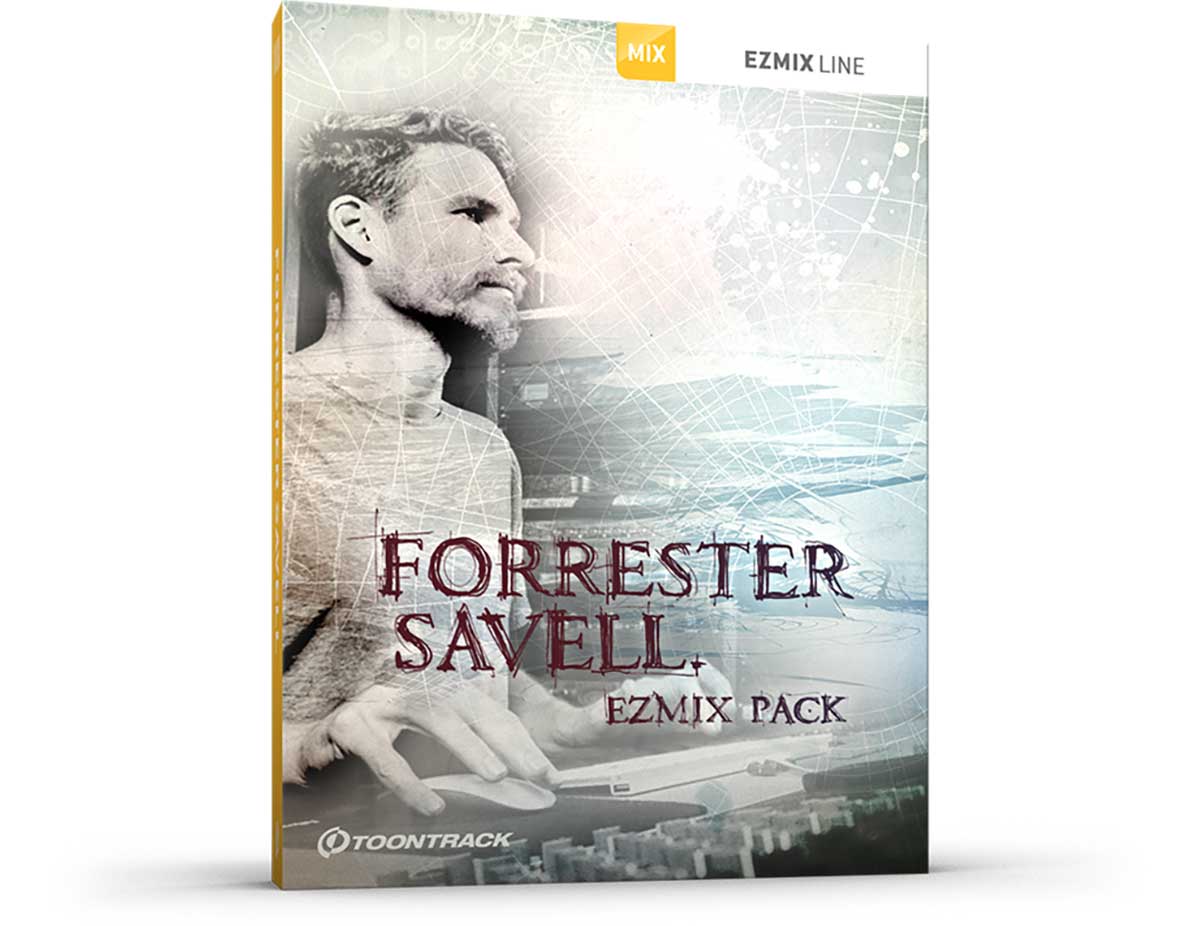 50 settings for general mixing designed by one of the most interesting names in heavy rock production today.

Since graduating from the West Australian Academy of Performing Arts in 2000, Forrester Savell has worked out of the famous NRG Studios in Los Angeles, engineered and co-produced alongside some of the top names on the west coast, relocated back to Australia and landed himself two Producer of the Year ARIA Award nominations, three gold certified albums and several high profile projects. Needless to say, in a relatively short time Forrester Savell has established himself as a go-to name in the heavy rock community. Some of his most critically acclaimed work includes defining albums by the likes of Karnivool, Dead Letter Circus and The Butterfly Effect – all productions with dense, intricately layered landscapes of sound, widely considered cutting edge in modern rock production.

This collection of settings for EZmix 2 takes a broad approach and gives you anything from lush, ambient and distorted guitar tones to settings for vocals, bass and a variety of mix tools for drums – all applicable across any genre definition.

With this pack you’ll be able to hone all the basic elements in your next mix – from firing up a guitar tone to setting the vibe of your synth bass, beefing up your kick or just randomly applying one the 50 creatively saturated chains of effects to whatever you may have going on at the moment. Because that’s the beauty of EZmix 2 – no rules apply. Start mixing!

What is the first instrument you start with in a new mix?
Definitely the drums. They’re such a broadband instrument that they influence and help define everything else in the mix. Plus, there’s usually the greatest amount of diversity in the way they can be recorded, so getting a grip on the tones in addition to focusing on the rhythm of the song helps me understand the song as a whole.

Is there one instrument (including vocals) you think is harder to get right than any other? If so, which, why and are there any workarounds you usually end up falling back on?
It used to be bass, until I started mixing with a sub. The work around for any troublesome instruments is trial and error along a lot of repetition. Having the freedom in a mix schedule to try something out, sit with it for a few days, then come back and try something completely new, all the while comparing to the previous mix is essential to making improvements.

What is the single most important piece of hardware equipment in your mix arsenal?
The piece of hardware I have been using consistently over the past eight years on almost every mix (other than the DAW) would have to be a Distressor. It gets a go every time whether its on bass, kick, snare or vocals.

Name one album you wished you had mixed.
”Wish You Were Here” by Pink Floyd.

Which album in your discography are you most satisfied with overall in terms of sound?
I Am Giant’s ”Science & Survival” really felt like we had defined a special sound. I was uncertain as we tracked in an unknown studio in France, and even some parts were done in a weird little maintenance room, but when the mixes started coming together, it was unbelievably satisfying to the point where I really took notice of the process & equipment we used to achieve that, and will aim to apply those techniques in the future.

Check out The Progressive Foundry SDX and the Progressive EZX, recorded, engineered and produced by Forrester Savell at Sing Sing Recording Studios in Melbourne, Australia.

One of the most profound expansions in the Superior Drummer Line. Take the helm – and start mixing!