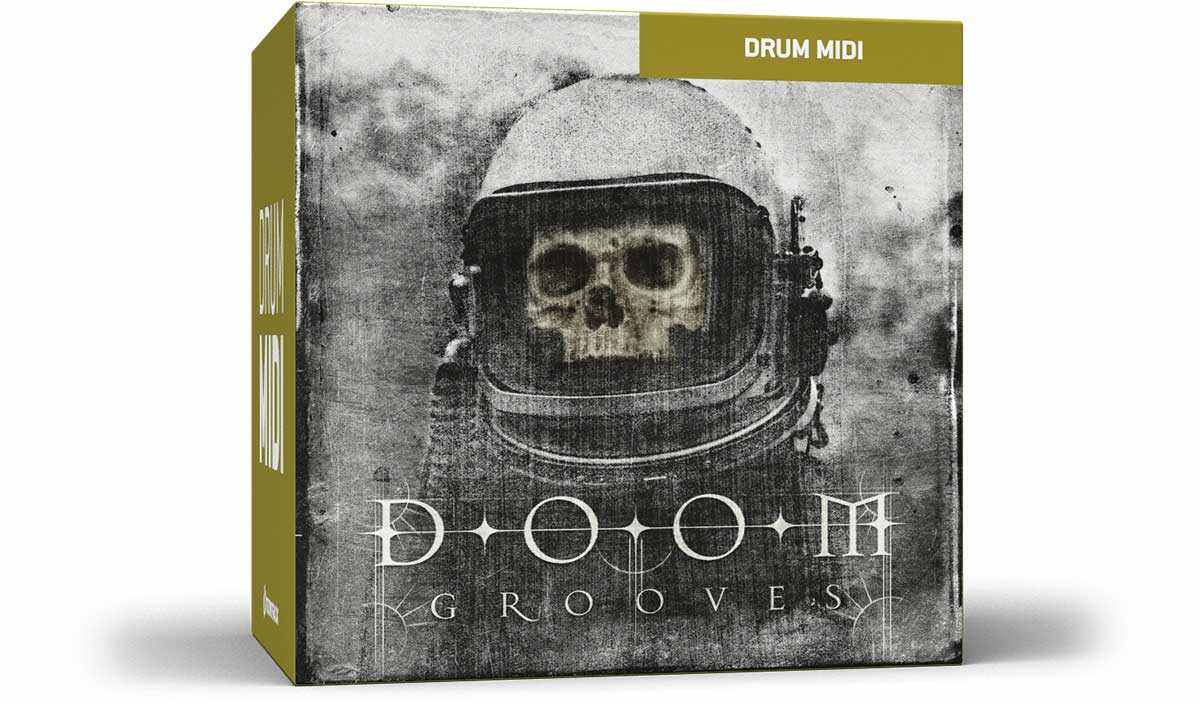 Drum grooves and fills inspired by the doom metal genre.

When the stylus hit the hard black surface on the opening track of Black Sabbath’s 1970s debut LP and the menacing first notes of Tony Iommi’s guitar burst out of the speakers, the band had not only introduced heavy metal to the masses but also sown the seed for the prototype of doom metal. In the years to come, bands like Witchfinder General, Pentagram, Saint Vitus and Candlemass would go on to cultivate the sound and cement doom, with its blues-laden and ever-ominous aura, as one of the undeniable cornerstones in the evolution of metal.

This collection of drum grooves and fills is an homage to not only the pioneering greats but also a celebration of the fact that on this side of the millennium, a myriad of doom-influenced bands have surfaced and made sure that this ever-changing genre has continued to thrive. Just look at Pallbearer, Avatarium, Mastodon, Cult of Luna and many more.

If you’re in the market for some slow but hard-hitting grooves riddled with finesse and subtle detail, the this is it.

QUICK Q&A
WITH THE DRUMMER.

When and how did you realize you had a passion for music?
From quite a young age, music seemed to me like comic books or movies, as a way to experience new worlds. Having music on while doing something would just make me zone out completely, losing track of time. Of course I didn’t understand the English lyrics at the time, but that didn’t matter. Music alone was enough to intrigue me and has remained to do so ever since.

…and how come you ended up behind the drums?
At school I had a great teacher who saw that I had a natural talent for rhythm. So she pushed me to take up drumming, which I did through lessons and later on by joining a local orchestra as a percussionist.

What is your relation to the doom metal genre, growing up and now?
I gravitated more towards extreme and fast music growing up but there were a few exceptions. The Candlemass album “Live” for instance. It was my first encounter with the doom genre. It served not only as a good live recording but also as an excellent best-of album. A must. The early Paradise Lost and Type O Negative releases were also in rotation at the time. Some newer favorites include Conan, Mammoth Weed Wizard Bastard and Hallatar.

Comparing the overall technique and musicianship today with way back in the day when the scene was “new,” it seems drummers on a general level have come a long way. Why do you think that is?
Well, I believe there was just a huge lack of information back then. Old hand-me-down instructional VHS tapes and word of mouth were practically the only way outside the music itself to learn things, at least for me. Nowadays with the internet, and YouTube in particular, it’s all out there for young sponge-minds to soak up. As long as they have the interest, the time and the dedication to learn (and hopefully some friends to jam with), there’s no telling how far tomorrow’s musicians can go.

And for this collection of grooves, what bands and drummers would you say inspired you?
I went way back to listen to a bunch of classic bands like Pentagram and Saint Vitus as well as some “newcomers” such as Katatonia and My Dying Bride. They all have great drummers with their own style which I took bits and pieces from.

What was the general train of thought behind this collection of grooves?
To go from slow to medium pace and also from basic heavy grooves to more free form “jazzy” stuff.