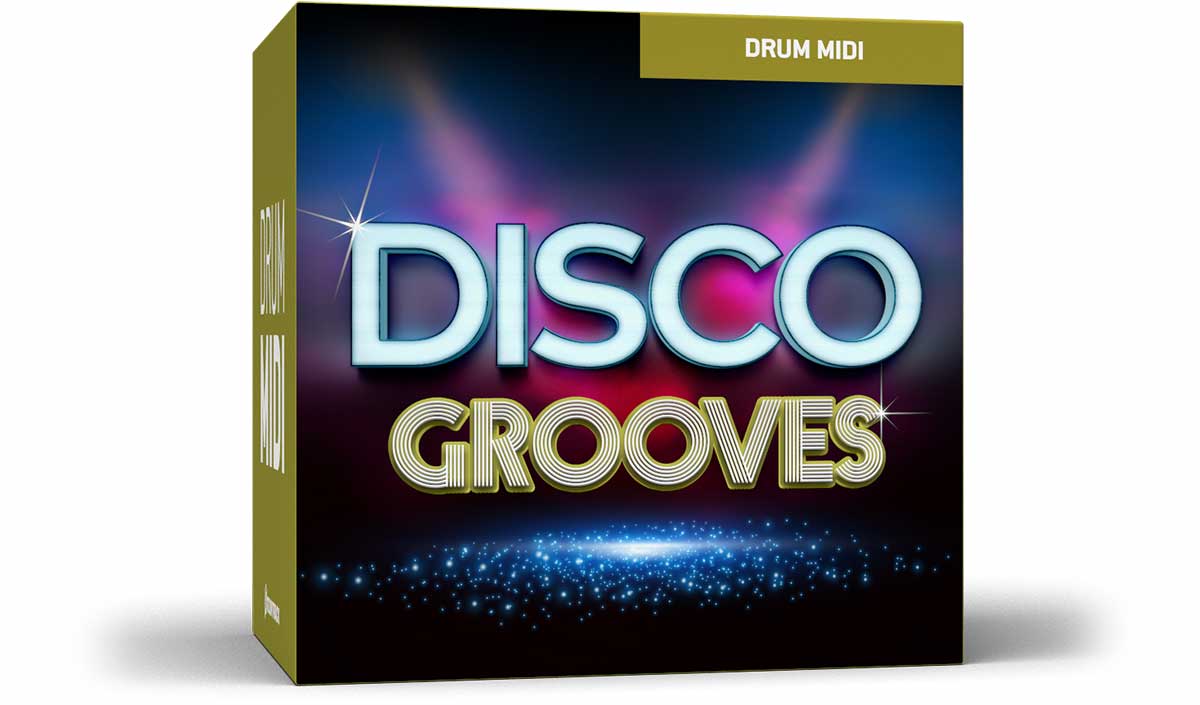 BEATS TO MOVE YOUR FEET TO.

When late 1960s funk songs started making their way into the night clubs of Manhattan in the early seventies, disco was more than a fact – it quickly became a global phenomenon and very much a lifestyle. Looking back, it seems like all over the world, an entire generation was dancing its way through the first half of that decade to a four-on-the-floor with an accented hi-hat.

While this collection takes on the timeless rhythms that laid the foundation to disco as we know it, it also draws inspiration from how the genre evolved over the decades and where modern dance music finally is today. Expect a wide palette of funk-infused beats that can easily be adapted to any vintage as well as modern sounding context. Because fact is, disco is just as alive and well today as it was forty years ago. Just listen to Justin Timberlake, Daft Punk and Madonna and you’ll hear it. 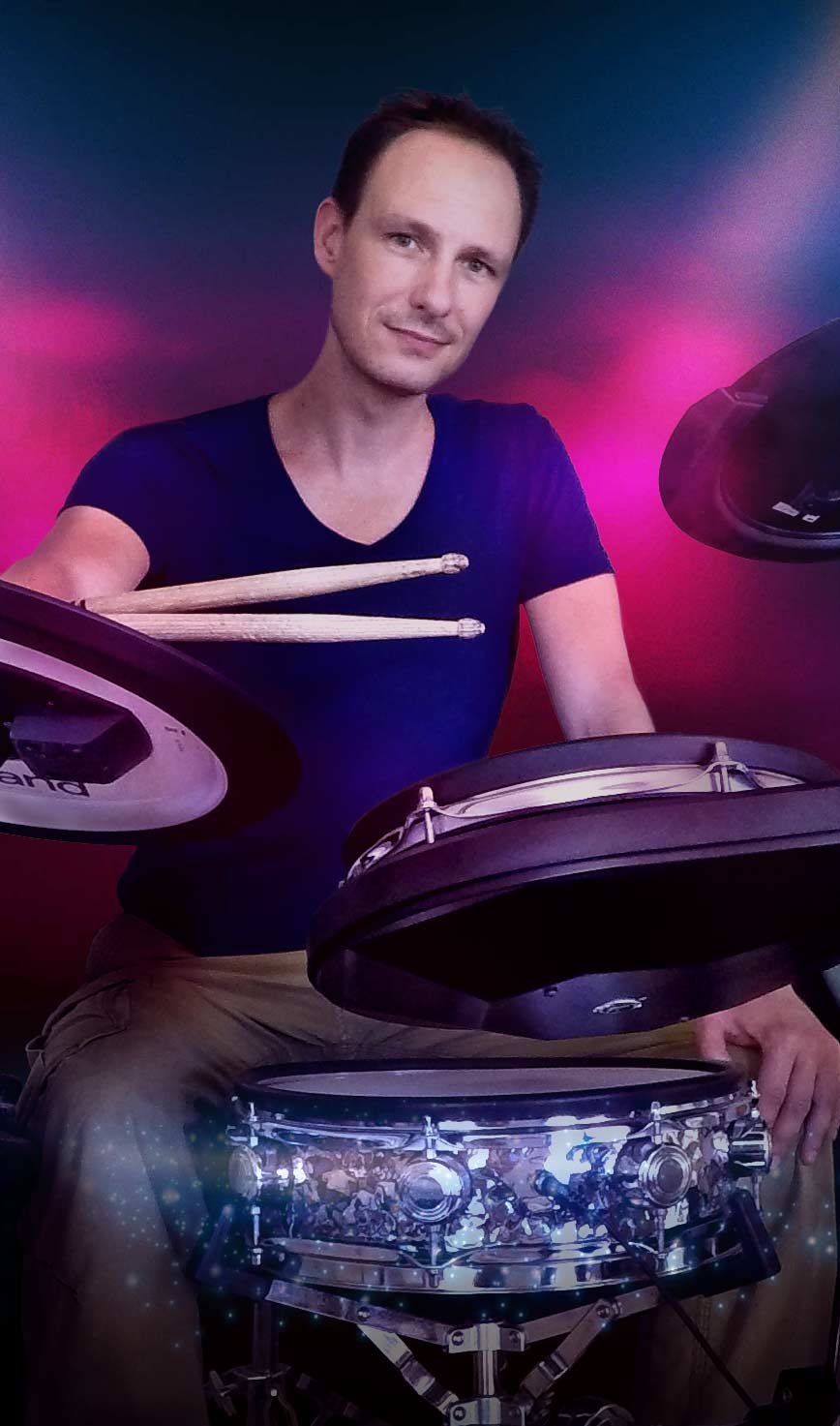 How would you describe the development of the very groove-oriented disco genre from its origins in the funk and soul music?
– Disco developed from influences of funk, soul and R’n’B music of the mid/late 1960s. During the early 1970s, more and more danceable variations of songs of those genres with simplified bass and snare drum patterns were played at private parties and in the night-clubs of Manhattan. From there, the disco movement started its successful conquest throughout the world, not only as a musical genre but also as a lifestyle that comprised fashion and style. The music itself developed from the very early stages of the so called “Philly Sound”, which took on a more danceable approach to the late Motown soul sound. Gradually, it transformed to very slick and technical sounding productions with a strong focus on the danceable drum-groove, syncopated rhythm-guitars and bass – but also on massive string arrangements and harmonic elements.

Sometimes, the very nature of the groove in a disco track is to keep it static and avoid too much variation. How did you approach this special characteristic for the content of this drum MIDI pack?
– The classic grooves of disco indeed seem to have not too much variety, but maybe this is because we often tend to focus only on the patterns of the bass and snare drums. It’s true that most of the times we hear the typical four on the floor, but if you take a closer listen to all these great grooves, you will quickly realize that the real magic lies in the hi-hat patterns. Especially the hi-hat notes are very often not clearly played as straight or shuffled sixteenth notes, but magically oscillate between those timings. In my mind, this is the key to produce this very special and typical hypnotic feeling and groove. My approach for the pack was to first set up a long list of the most influential songs of the genre. Since most disco grooves are derived from funk and soul in the first place, I also wanted to take it a step further and break out of the usual bass and snare disco patterns to combine the hi-hat ideas with more syncopated patterns are still danceable and groovy enough to work as variations in a disco track. By doing that, the possible variations are endless and every single groove of this huge collection can be very useful on its own for a song idea for anything from classic funk, soul and disco to more modern adaptations of disco and mainstream pop.

What’s your personal connection to disco?
– I was born in the mid-1970s, so actually right on the peak of the disco era. I remember my parents playing all the classic records. The sound of bands like Chic, The Bee Gees, ABBA, Donna Summer, KC & The Sunshine Band were the natural soundtrack to my early childhood. As I started to learn to play the drums, the disco movement developed further into the more electronic genres of the early ‘80s, but these musical styles adapted a lot of the feeling and playing of the original disco grooves which now were programed on the early drum machines, so the connection was still there. Soon I also got very much interested in funk and soul music and eventually started to explore the musical origins that led to disco, so I started to approach this music again from the other side of the historic timeline.

The grooves of disco developed more or less directly from the late funk and soul era. How important has that been for the further development of popular music and can we still find traces in today’s music?
– Oh yes, disco has been a huge influence on the further development of the music of the early ‘80s and the rise of all genres of electronic music. You should definitely try to use the Disco Grooves MIDI with the more electronic EZX expansions for EZdrummer 2! If you play the grooves through for example the Number 1 Hits EZX, the Pop! EZX, or the Hip-Hop! EZX, you quickly will find yourself creating the perfect foundation for songs in the sound of early ‘80s. If we go along even further on the timeline towards the present day, you find the musical principles of the original disco grooves in all house, nu-funk and of course the modern dance and pop music (Daft Punk, Jamiroquai, Justin Timberlake, Pharell Williams etc.). So, these grooves are not limited to the music of the mid 1970s at all, they are very fresh and relevant still to this day.

If you were asked to pick your top-5 disco songs, what would the be and why?
– That’s really difficult, as always when you get asked to narrow something down to a very small selection. There are so many influential and great songs of that era, but I’d say: “Night Fever” by The Bee Gees – this is simply a role-model song for the whole Disco movement and music.
“That’s the Way (I like it)” by KC & The Sunshine Band – listen to the feel on the HH, it’s a very unique and characteristic micro-groove in itself, HH magic!
“Upside Down” by Diana Ross – very nice variation of the 4-to-the-floor BD pattern, extremely funky and danceable.
“Dancing Queen” by ABBA – great songwriting and again a very unique and characteristic treatment of the HH. The micro-timing of the HH pattern makes this groove by ABBA drummer Ola Brunkert roll and sound like magic.
“Cosmic Girl” by Jamiroquai – a great example of a modern and more recent Disco/Funk adaption, awesome groove! 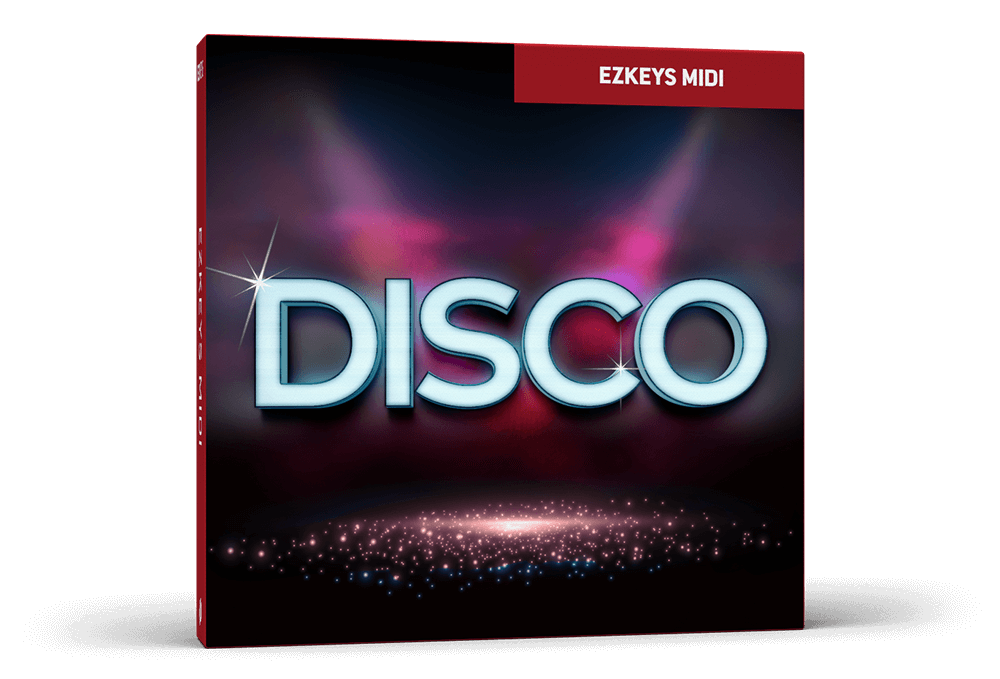 Without the funky twang of the keys, something’s missing. Check out the Disco EZkeys MIDI pack, the perfect match to these grooves!