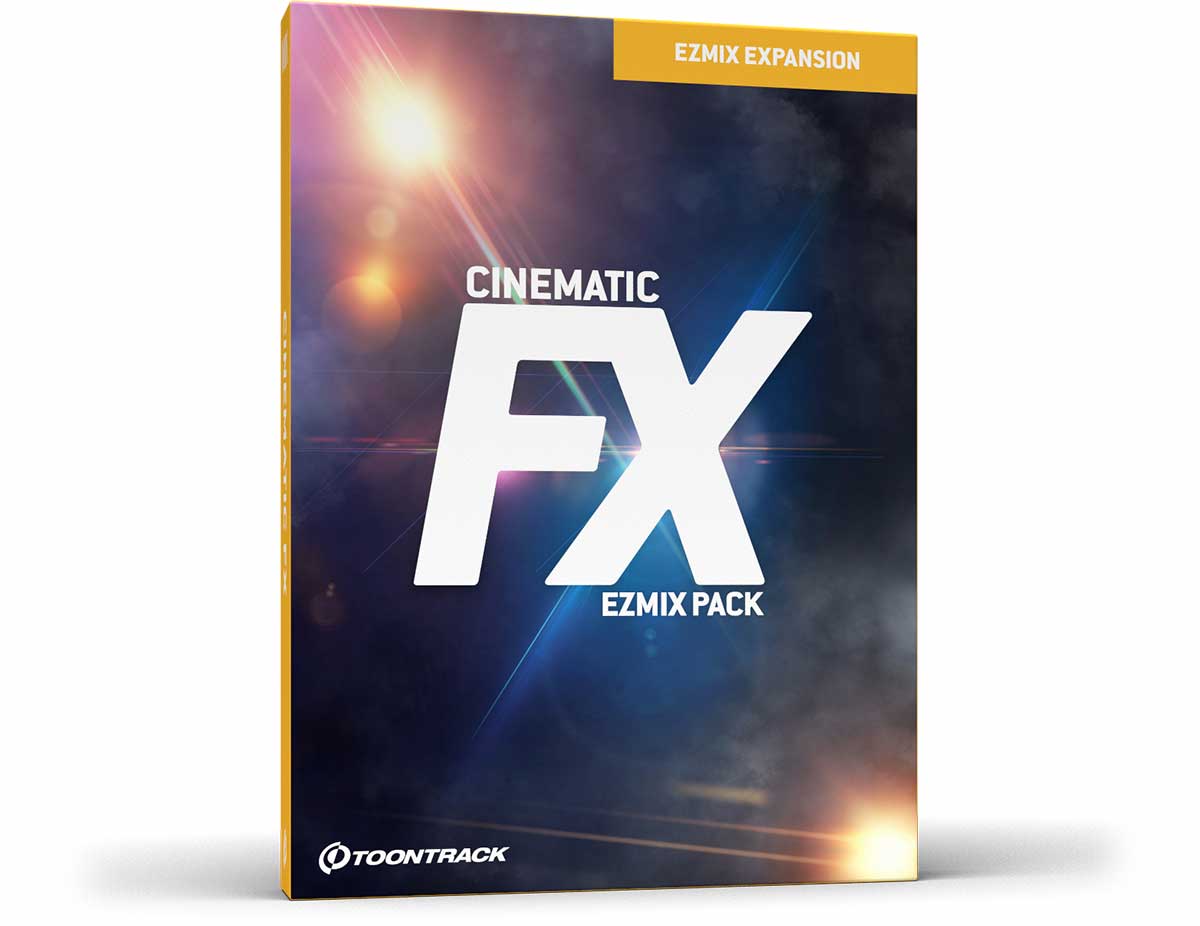 Cinematic. Surrealistic, epic, visual, theatrical, filmic, poetic, artistic. The synonyms are many and all equally descriptive of the end goal with this collection of presets for EZmix 2. The Cinematic FX EZmix Pack pushes the complex network of effects in EZmix 2 to its limit to deliver the broadest possible creative canvas for atmospheric, ambient, abstract and visceral mixing. Expect phased filters, ambient reverbs, surging echoes, and the most outrageous textures thereof, intertwined in this collection of 50 one-of-a-kind presets for any instrument, application or style imaginable.

“My vision was to build effect chains without any reference to intended instrument, leaving the end user without cognitive notion and in complete creative control. The beauty of EZmix 2 is that while the presets themselves may be complex in nature and a daunting task to engineer, using them is as far from it as you can get. For the end user, assigning a preset to an instrument or audio track literally takes a second. While I may have used a piano as sound source to create a specific texture of effects, the user who is scrolling through the finished product may may end up applying this exact one on a vocal, a drum bus or a harmony – getting something completely different from what I had originally envisioned. The key here is inspiration and borderless use and I can’t wait to hear what people come up with,” says Mattias Eklund, Toontrack co-founder, sound designer and creative mind behind this collection.

Scoring for film and motion media is about accentuating emotion, painting backdrops of sound that punctuate plots and about making transitions that range from the seamless to the brutally unexpected. Most importantly, though, it’s about using sound as a storyteller. This collection of presets is for that – and much, much more. Don’t let the title fool you – embrace the wider meaning, throw yourself out into the bottomless atmosphere and start creating!

Here are some more EZmix packs,
straight from the creative mind of Mattias Eklund.

Here are some more EZmix packs,
straight from the creative mind of Mattias Eklund.