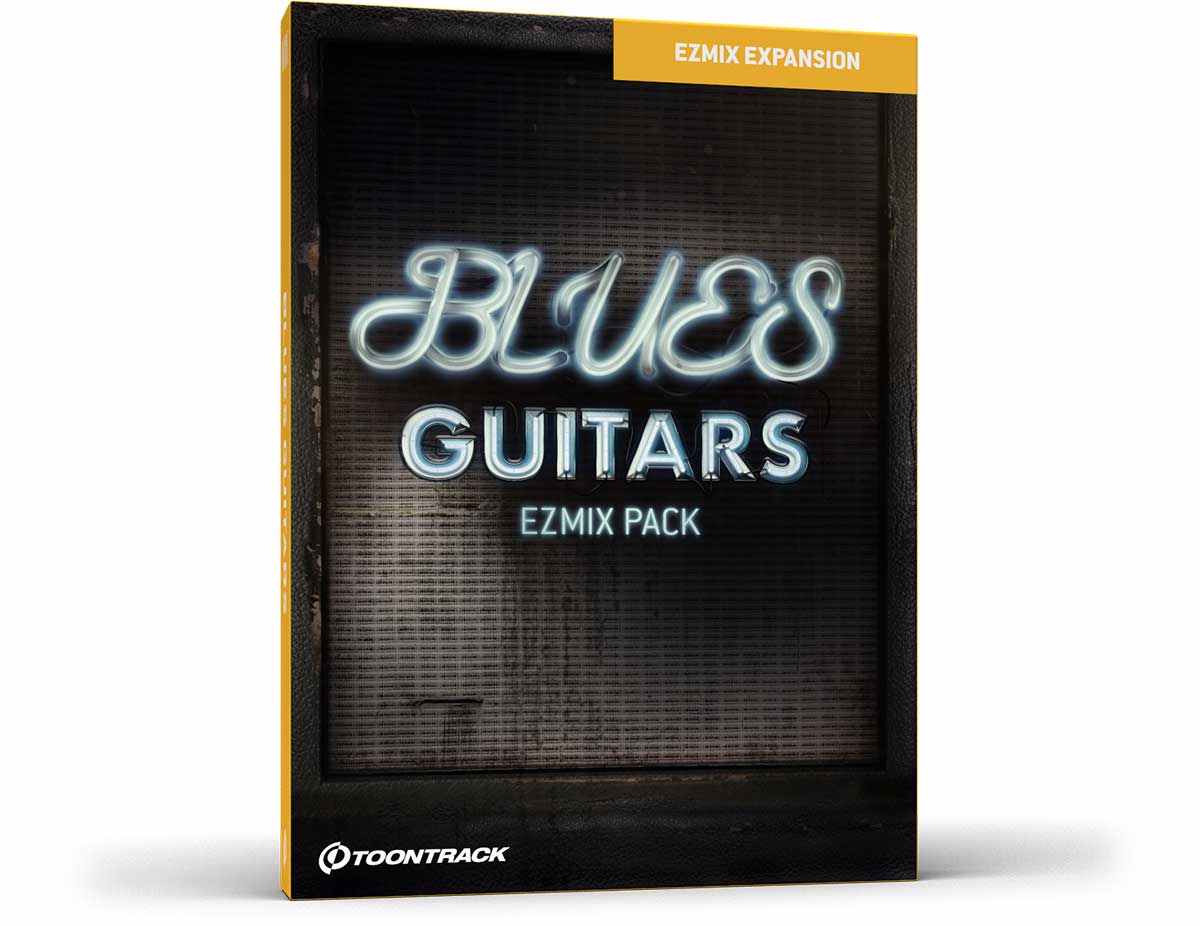 A JOURNEY THROUGH THE BLUES.

When blues guitar shifted from primarily acoustic to electric in the post-war 1950s USA, it was the beginning of a revolution. Since then, nothing has been more influential on the development of guitar-driven music than the blues. Pioneers like Howlin’ Wolf, Muddy Waters and Jimmy Reed not only paved the way for music where an instrument can carry as much of a voice as a vocal, but the twang of their amplified chords also laid the groundwork to an industry. Needless to say, we owe a lot to the blues – not least the guitar hero.

The Blues Guitars EZmix Pack picks up on this legacy and sets out to capture the essence of electric blues guitar from then through now. Crafted by Ulf Edlund, Toontrack sound designer, guitar collector and longtime amp aficionado, this collection was carefully sculpted to emulate several classic amps, speakers and stomp boxes. Expect anything from the raw and dirty tones of the 1950s and the British blues boom of the 1960s to the hi-gain clarity of today. With six decades worth of source material and inspiration, this is arguably the most genuine source of blues guitar ever captured in digital form. All you need now is a riff. Get your guitar out!

We checked in with Ulf Edlund, Toontrack sound designer by trade – but guitar, amp, cab and stomp box geek at heart!

What did you try to capture with this collection of guitar tones?
– It ranges from crisp, clean and polite to raw, unpolished and dirty. Generally, I aimed for straightforward unprocessed sounds where the character of the player and the guitar come through. Sort of like plugging straight into an amp, sometimes adding a stomp box or two. There are often a lot of room present when you listen to blues recordings, and that’s something I tried to capture as well.

What’s your personal connection to the blues?
– It’s a part of my musical roots. I listen to it more than I play it. My most overwhelming concert experience ever was BB King playing at Umeå Jazz Festival many years ago (1986). I have seen hundreds of live performances since then, but nothing, regardless of genre, comes close to that evening.

The blues for electric guitar as a whole – the guitar hero included – is monumental. Who are some of your personal favorite players and why?
– I have noticed that most of my blues players that I admire are singers. The common thread when it comes to guitar players is the ones that speaks to me in their playing. Over time, I have gotten less interested in the spectacular, while one single note from BB King can really knock me out. It’s hard to ignore Jimi Hendrix, Johnny Winter and the Vaughan brothers. Also JJ Cale and Ry Cooder are great and two guitarists I consider blues players. Here in Sweden we had Sven Zetterberg who recently passed away. In my book, he was one of the greatest. I also want to mention Chris Ruest from Austin, TX. Anyone who haven’t heard or seen him should do so.

Tell us briefly how an EZmix 2 guitar tone is made, from start to finish.
– A guitar amp simulation preset in EZmix 2 is an emulation of a complete signal chain that resembles a guitar rig that has been miced up in the studio – from guitar to cabinet via stomp boxes and various chains of effects. For inspiration, I either go for a specific sound from a song, album or a certain player. I can also find something that inspires me in the selection of amp models I have available to choose from. When I have put together the “rig” that I’m going for, I play it and make sure it reacts to my playing the way i expect it to. A guitar tone is not only what you hear when you listen to it, it’s also to a great extent what you feel when you are playing. At my disposal, I have models of dozens of the most used amplifiers and effects as well as a huge selection of emulated speakers. I can also create my own impulse responses of speakers, so our library of speaker emulations is constantly growing. Once I am happy with the response and overall tone, I need to determine what parameters I want to be able to control with the two knobs in EZmix 2. I define the maximum and minimum values for all of them, which in the end allows the user to dial in the amount of saturation for all involved parameters of this specific tone. For example, a knob labelled “Punch” or “Edge” can control ten or more different parameters. It’s a time-consuming process, but well worth it!

You are a guitarist yourself with a big collection of amps. Rank the top-five amps of all time!
– Tough question, there are so many builders right now who put out fantastic amps. One classic that stands out and may rank as my personal favorite is the Fender Tweed Deluxe. That has to be the most versatile one-trick pony ever made – and probably one of the most recorded amps as well. The list of players is almost endless. Neil Young, Larry Carlton, Billy Gibbons, The Black Crowes, Mike Campbell, Steve Cropper, Eagles, Beatles, Scotty More…

Even with these numerous amps, you are still an avid EZmix 2 user. In your mind, what is the upside of recording, writing and producing using modulated guitar tones.
– To me it’s convenience. It’s fast and I can get a good tone in an instant, without being in a studio environment. In addition, I could never afford or store all the gear that comes in just one EZmix Pack. 50 perfectly dialed amp tones just a mouse-click away is pretty powerful. 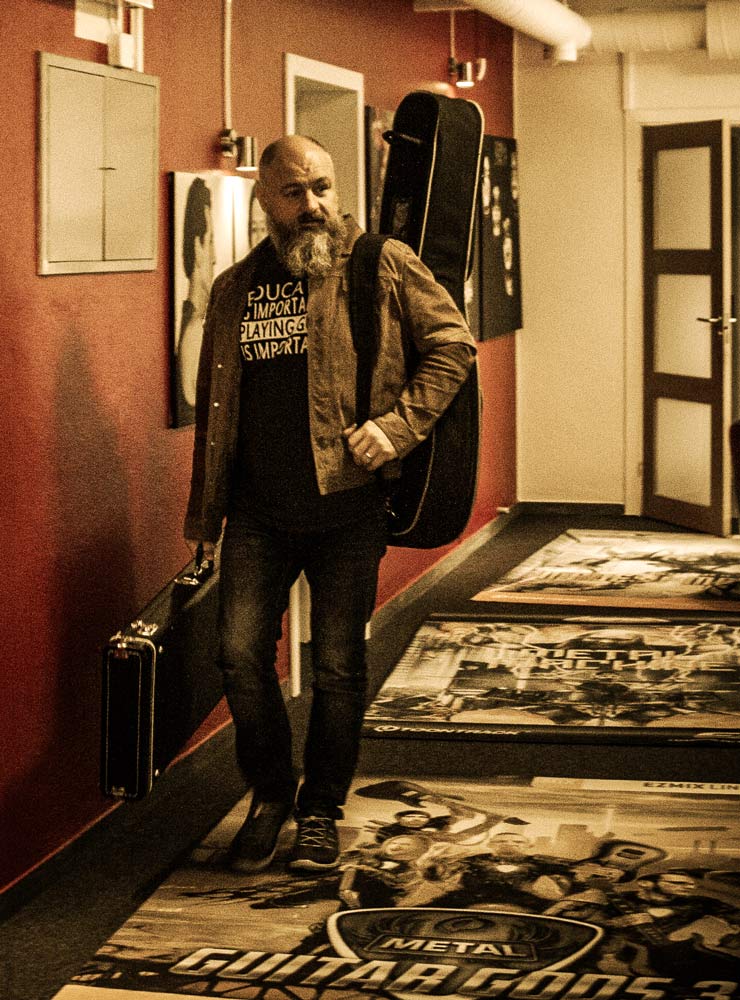 GET YOUR JAM BACK. 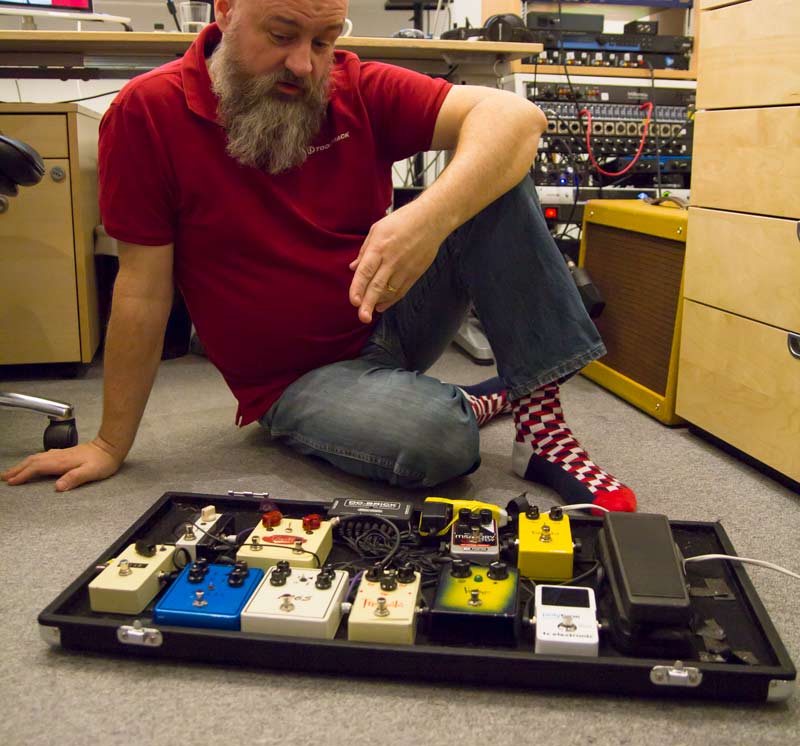 Read Ulf Edlund’s in-depth story on how to build your own guitar pedal from scratch.