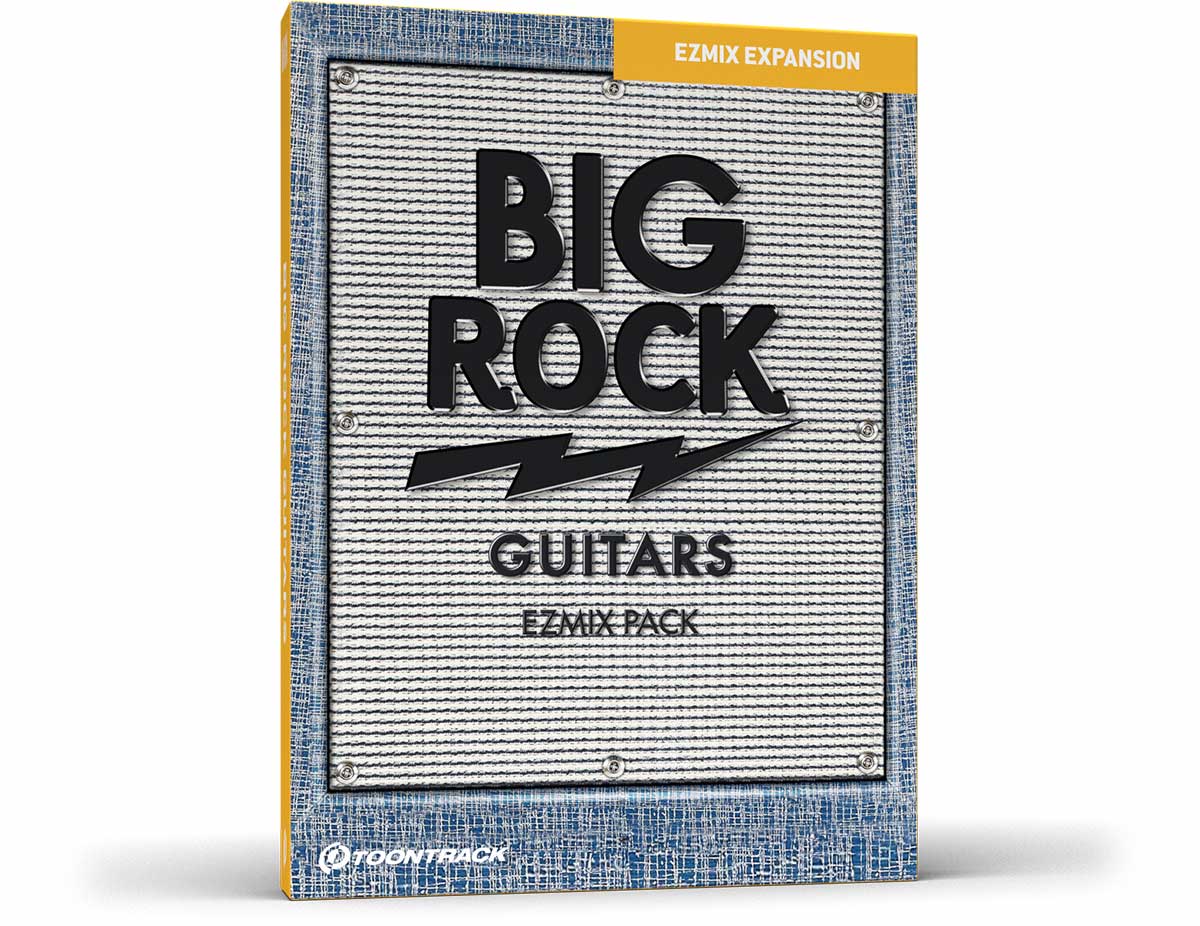 THE SCHOOL OF ROCK GUITAR.

50 unique guitar tones, inspired by the past 40 years of rock.

Some guitarists hit notes thirty, or even forty, years ago that seem to resonate just as vividly now as back then. We’re talking about the icons – the flag bearers of the big guitar tones that changed the fabric of rock and whose legacy to this day keep trickling down to new generations of players across the globe.

This is where the Big Rock Guitars EZmix Pack is rooted – deep in the midst of the bursting ‘70s classic rock scene. But even if this collection blatantly nods at times gone by, it still aims to paint a picture of rock guitar as a whole, vintage or not. This is a tribute on a broader scale – to the amps, the players, the riffs and the past 40 years of guitar-driven music.

Expect all the tones you need for your deafening, tube-sizzling rhythms, your flange-infused twang and, of course, all your soaring leads. Regardless of whether you’re a writer of classic or modern rock – this collection’s got you covered.

Get your guitar out, school’s in session.

We teamed up with our friends over at Jam Track Central to give you a unique track composed by the amazing Pete Thorn, recorded using EZdrummer 2, EZmix 2 and the Big Rock Guitars EZmix Pack. Want to learn Pete’s licks or jam over this track yourself, get the free download!

ULF EDLUND
– THE MAN BEHIND THE BIG TONES.

We checked in with Ulf Edlund, Toontrack sound designer by trade – but guitar, amp, cab and stomp box geek at heart!

What did you try to capture with this collection of guitar tones?
– Basically i tried to capture as broad of a spectrum as I could within guitar based rock music. From basic rock’n’roll guitar tones to more complex and effect saturated.

Tell us briefly how an EZmix 2 guitar tone is made, from start to finish.
– A guitar amp simulation preset in EZmix 2 is an emulation of a complete signal chain that resembles a guitar rig that has been miced up in the studio – from guitar to cabinet via stomp boxes and various chains of effects. For inspiration, I either go for a specific sound from a song, album or a certain player. I can also find something that inspires me in the selection of amp models I have available to choose from. When I have put together the “rig” that I’m going for, I play it and make sure it reacts to my playing the way i expect it to. A guitar tone is not only what you hear when you listen to it, it’s also to a great extent what you feel when you are playing. At my disposal, I have models of dozens of the most used amplifiers and effects as well as a huge selection of emulated speakers. I can also create my own impulse responses of speakers, so our library of speaker emulations is constantly growing. Once I am happy with the response and overall tone, I need to determine what parameters I want to be able to control with the two knobs in EZmix 2. I define the maximum and minimum values for all of them, which in the end allows the user to dial in the amount of saturation for all involved parameters of this specific tone. For example, a knob labelled “Punch” or “Edge” can control ten or more different parameters. It’s a time-consuming process, but well worth it!

You are a guitarist yourself with a big collection of amps. Rank the top-five amps of all time!
– Tough question, there are so many builders right now who put out fantastic amps. One classic that stands out and may rank as my personal favorite is the Fender Tweed Deluxe. That has to be the most versatile one-trick pony ever made – and probably one of the most recorded amps as well. The list of players is almost endless. Neil Young, Larry Carlton, Billy Gibbons, The Black Crowes, Mike Campbell, Steve Cropper, Eagles, Beatles, Scotty More…

Even with these numerous amps, you are still an avid EZmix 2 user. In your mind, what is the upside of recording, writing and producing using modulated guitar tones.
– To me it’s convenience. It’s fast and I can get a good tone in an instant, without being in a studio environment. In addition, I could never afford or store all the gear that comes in just one EZmix Pack. 50 perfectly dialed amp tones just a mouse-click away is pretty powerful.

It seems like the notes some guitarists hit several decades ago still resonate to this day. What is it with the Jimmy Pages, Jimi Hendrix’s and the Blackmores of the world – is there magic in their tone or is their iconic status a product of popular culture?
– They were pioneers and inventors, I think. All of them did things that no one had done before them and that made them a part of the musical evolution.

In closing – flash forward 30 years, what guitarist today will have achieved “icon” status and be revered as highly as those that emerged in the ‘60s and ‘70s?
– Like in the past, I think it will be the inventors. Players that inspire other players. It takes more than coming up with something new and original. It needs to be genuine too. So my answer is that anyone reading this still has a shot at becoming immortal! 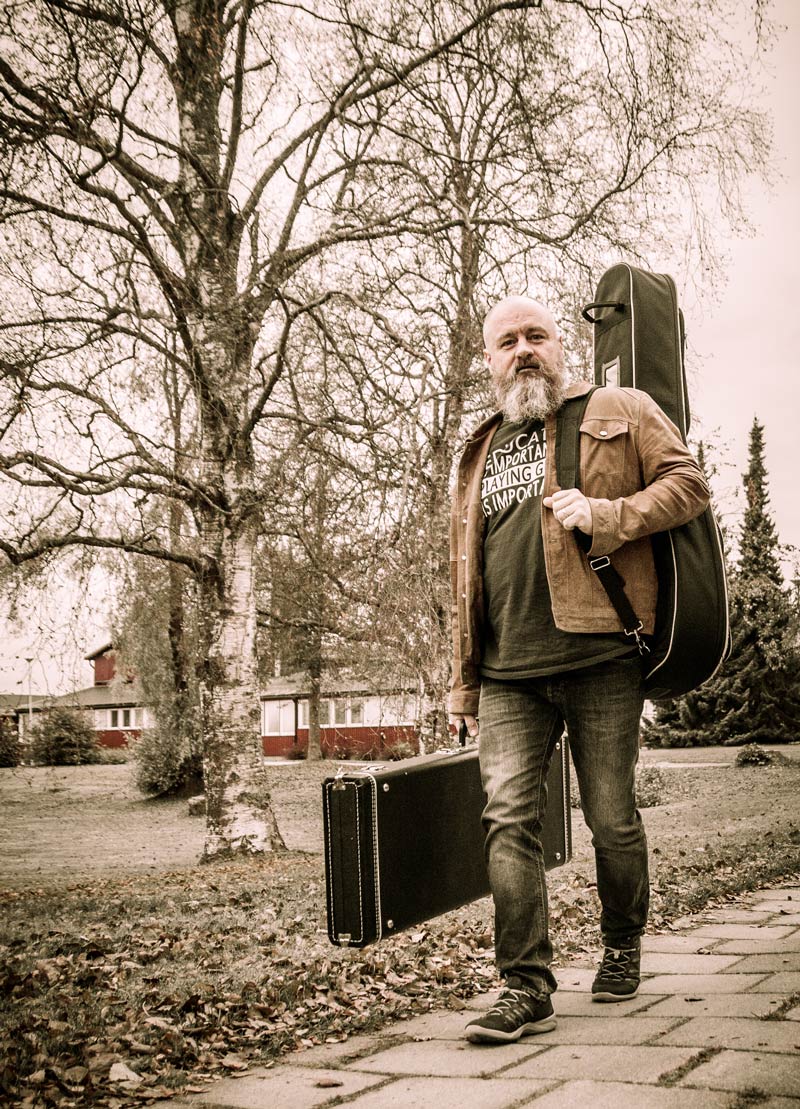 Here’s a YouTube playlist of some epic moments in guitar history. Tones, songs and players that shaped and changed the course of history!

A quick video that explains how to best work with EZmix 2 and DI guitars.