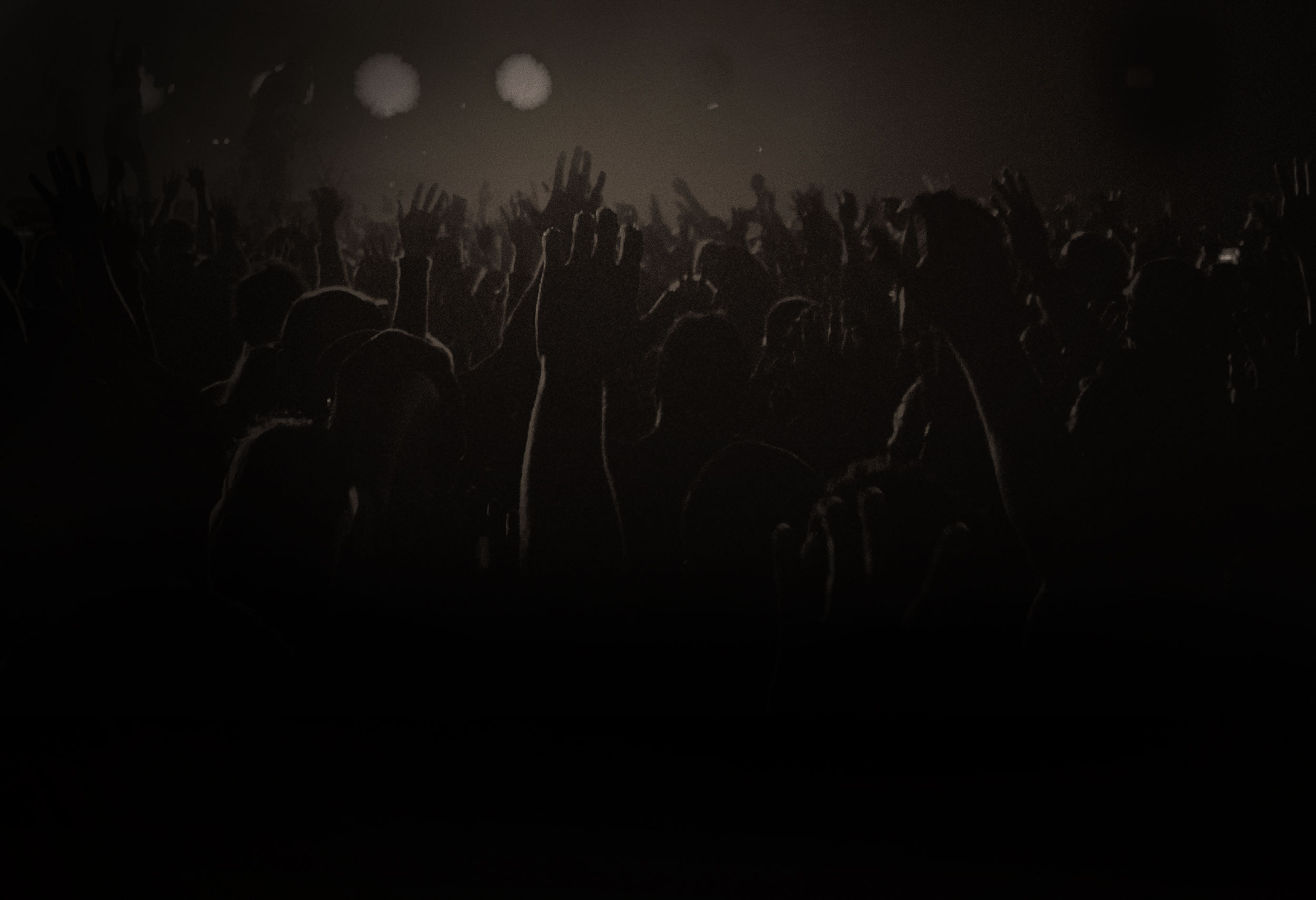 Fueled by acts like Led Zeppelin, Deep Purple and Black Sabbath, a new breed of rock burst onto the scene in the late sixties. With a big, thunderous sound, often with the drums as the barreling force in the front of the mix, the classic acts of this era didn’t only strike a chord that would resonate to this day – they shook the ground and started a landslide of heavy music to come.It’s from this legacy that the Big Rock Drums EZX picks up. Helmed by Rival Sons’ drummer Michael Miley and Grammy Award-winning engineer Dave Cobb (Rival Sons, Europe, Zac Brown Band), it sets out to capture the raw essence of classic rock drums as we know them. Recorded at Cobb’s own Low Country Sound Studio in Nashville, it presents five essentially different kits that still share one common denominator – they’re the massive, reverberant and roaring type, tailored for big rock songs.

As much as this is an homage to times that passed, it’s at the same time a reminder of the fact that great tones never die – they echo through the ages. Quite simply: vintage never gets old. 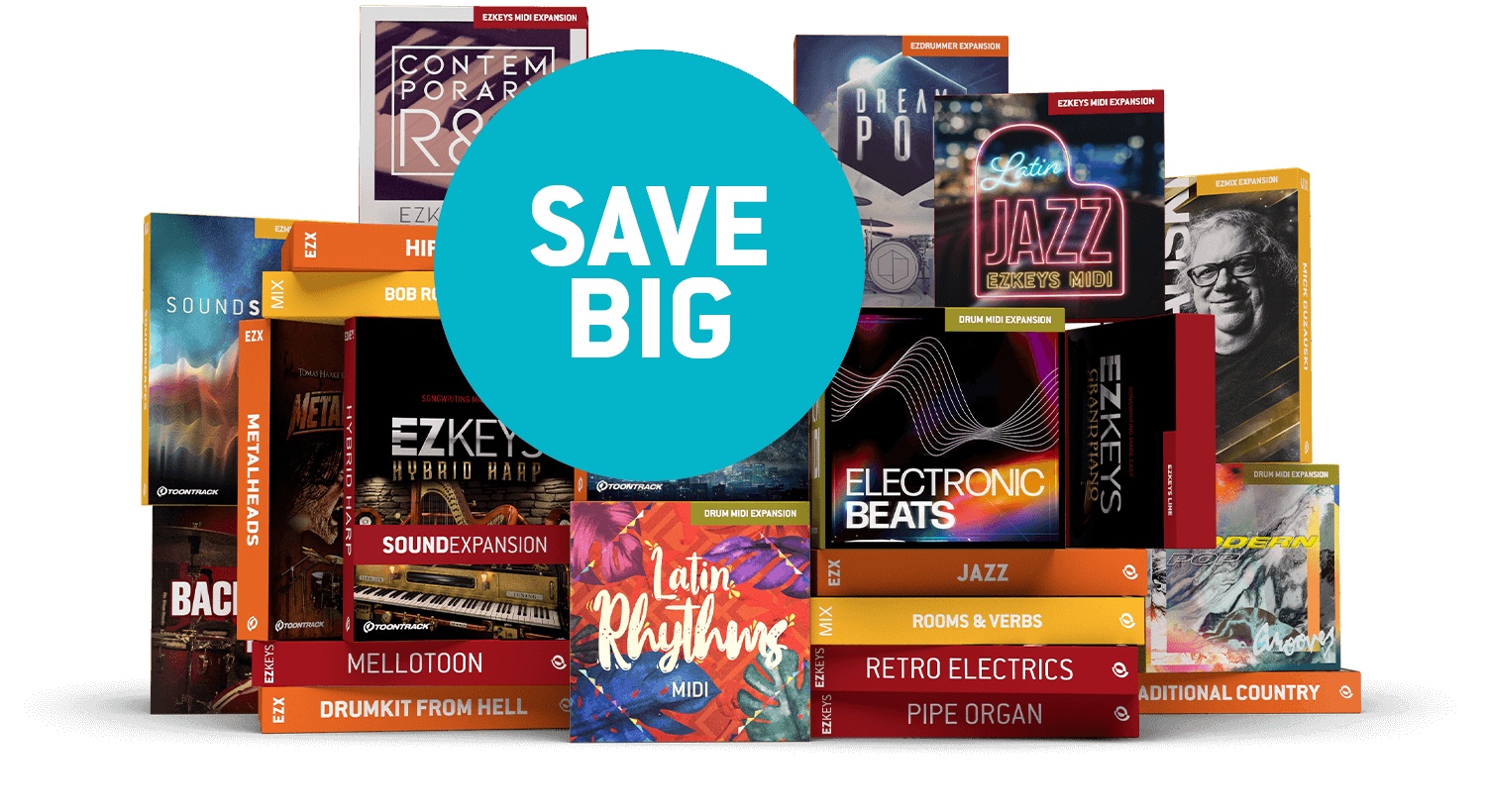 Meet the team behind the Big Rock Drums EZX and get a glimpse of what happened during the sessions. 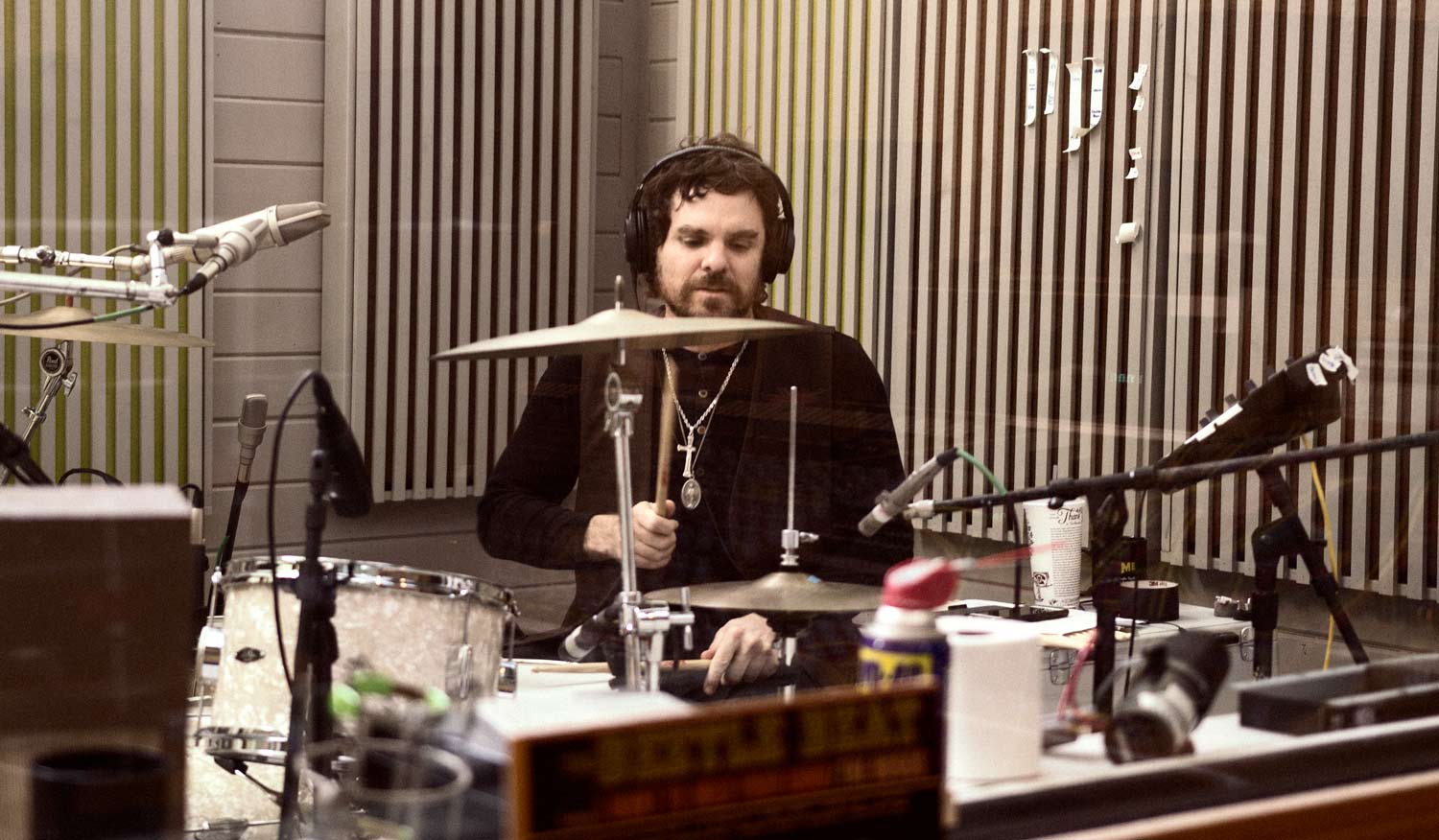 We asked drummer Michael Miley to walk us through and put his own words to each kit of the Big Rock Drums EZX. Enjoy! 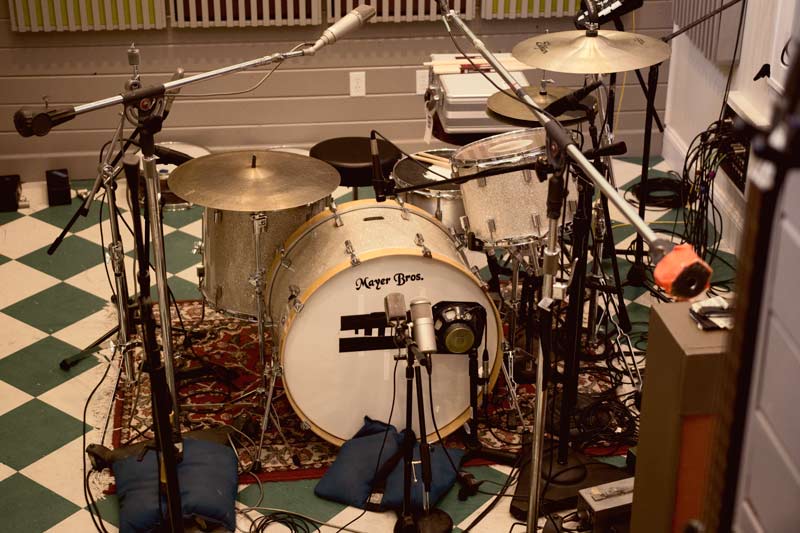 Oh, the Mayer Bros. This kit has been used on all the Rival Sons’ albums. This kit just has it. Even Jason Bonham came in our studio and tracked with it. It’s fat, warm and punchy. Not too much low end; like in the subby neck of the woods. Low end is real beefy. The top snare head actually hasn’t been changed since we opened for AC/DC in 2010! This kit has the mojo risin’… 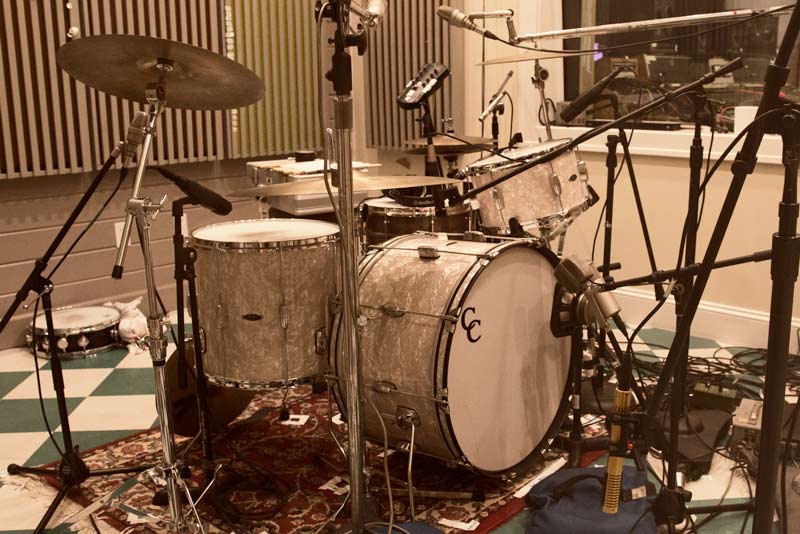 I walked in and saw this C&C sitting in the closet. The shells were super lightweight and I initially thought it wouldn’t have that “Big Drum” sound, but Cobb assured us this thing sang. He was right. This kit had such a vibe about it while filling the room. It was used on two Grammy Award-winning country albums also. Warm, fuzzy, with a firm punch to the gut. 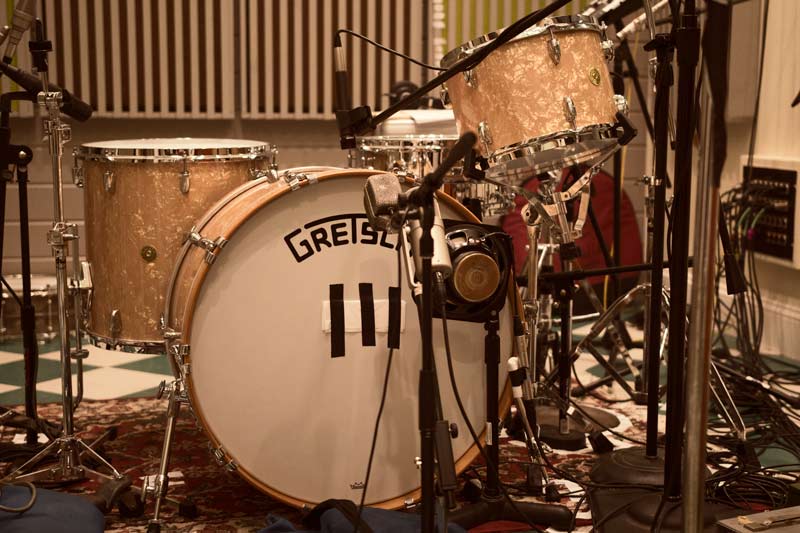 Broadkaster!  This is from the reissue series Gretsch* has just released this year. This kit takes you back to the ’50s FOR SURE.  This is literally the sound of the big band drummers, yet retaining that vibe for any modern or vintage sound in any recording and performing situation. And the Joyful Noise snare is just a cherry on top! Such a great company – EVERY single snare I tried over at Fork’s Drum Closet in Nashville had amazing character. I used this kit on the Rival Sons’ “Hollow Bones” album on a few tracks. 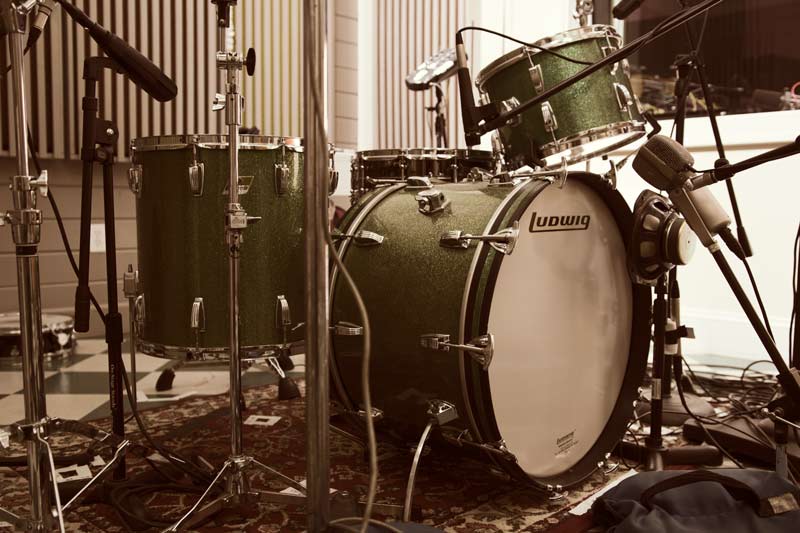 Don’t be misled when you see that the kick is 22″. Its impact is 26″ or higher – wide open with no muffling. Balls to the wall, this kit! These ’70s Superclassic shells made every stroke effortless. And being standard sizes, it filled the room, no problem. EQ some of the low end out, and you’ll have a Steely Dan sound, play it as is and you will attain Zeppelin heights. 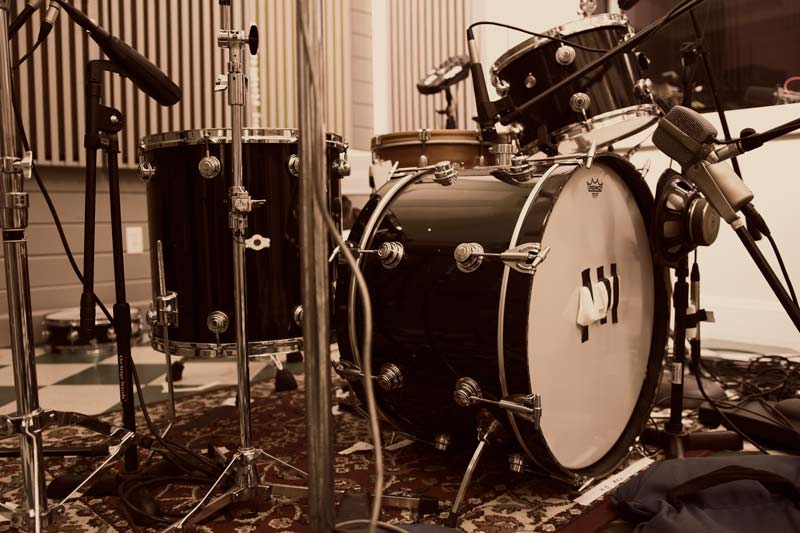 Camco. Yes. These drums were a surprise as I’d never played a Camco kit before, only heard about them. Again, a 22″ kick wide open, filling the two-story high tracking room at Low Country Sound. If I was blindfolded, I’d swear this was at least a 24″ bass drum, if not a 26″. And this C&C snare, holy moly. For being wood hoops, this snare had such a great ring! The cross-stick on this is obviously the way to go for any cross-stick tracking you might be doing.

Here’s a Spotify playlist of a few classic as well as modern songs that inspired us for the Big Rock Drums EZX project.

OPETH FOR THE MASSES.

To showcase the sheer power of these drums, we felt we needed a really explosive track! What better than the brand new song “Sorceress” from our friends in Opeth? The band sent us the instrument stems as well as the original multitrack drum session. We used this to sound replace the original drums using the sounds from the Big Rock Drums EZX. What you hear is the same source material as the official track, but with all-new drums.

Song used with permission. “Sorceress” is out now worldwide on Nuclear Blast. Get it here: www.nuclearblast.com/opeth-sorceress

Here’s a video playlist of some unforgettable drummers and moments that inspired, shaped and changed the course of rock history.

Watch the always amazing Luke Oswald give the Big Rock Drums EZX a go on his e-kit. 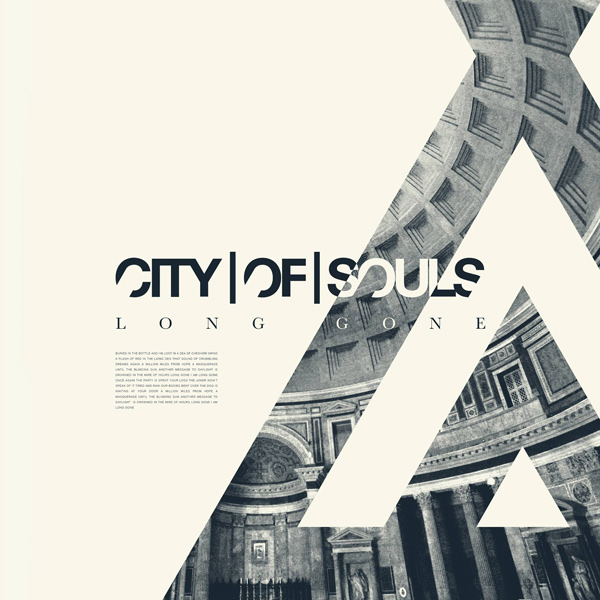 Listen to a remixed version “Long Gone” by City of Souls, featuring the Big Rock Drums EZX. All drums were sound replaced using the multitrack sessions from the original recording.

Song used with permission. Connect with the band here: www.facebook.com/cityofsouls/ 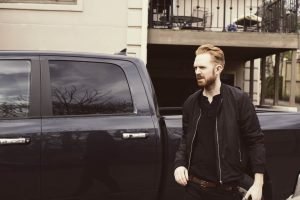 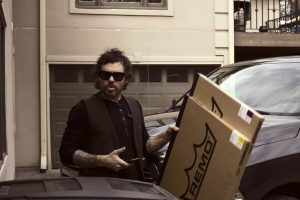 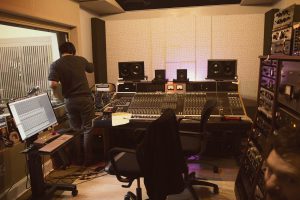 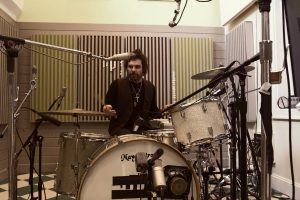 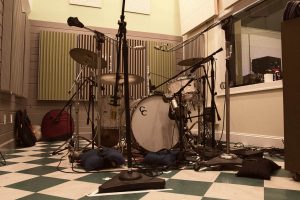 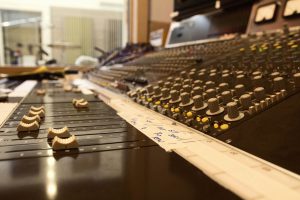 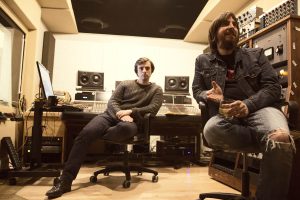 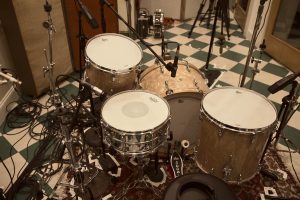 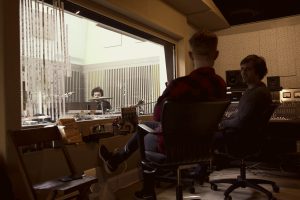 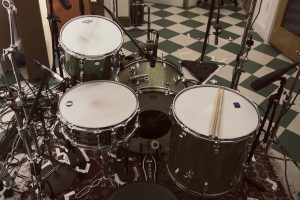 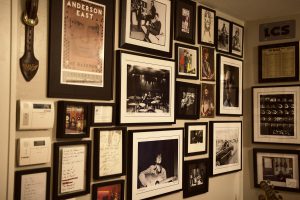 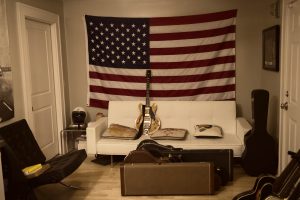 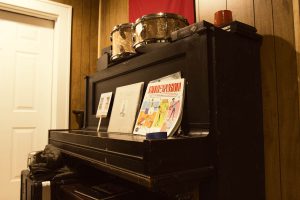 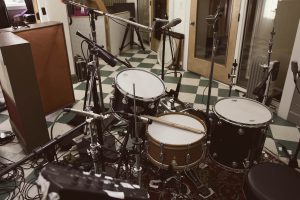 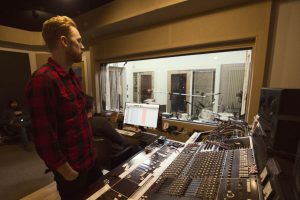