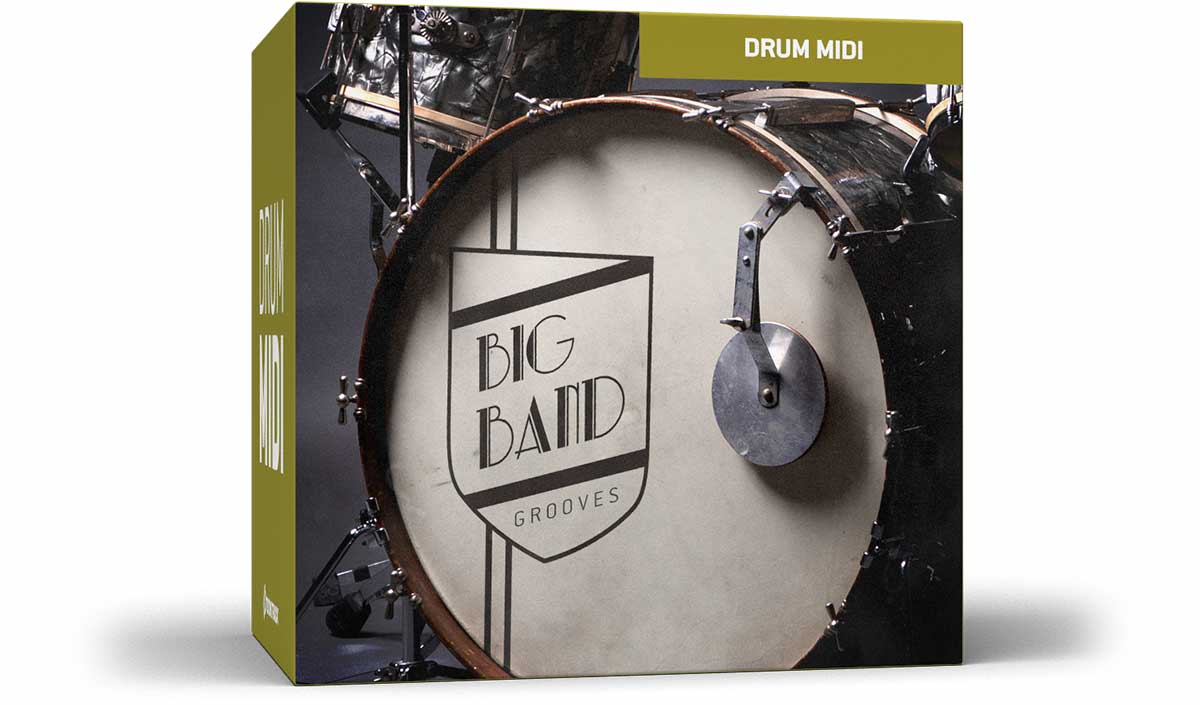 Drum grooves, fills, breaks and pick-ups inspired by the iconic drummers of the big band era.

The big band and swing era of the early 20th century wasn’t only significant because it introduced jazz music on a major scale to the general public, but for several other reasons as well. First, it very much defined what we still refer to as a ‘drum kit.’ Before the jazz age, drum sets were comprised of pretty random pieces of percussion. The big band format actually in many ways standardized the kick/snare/hi-hat/tom-tom format. Second, likely no other genre has produced more timeless drum icons. Still today, we marvel at the technicality, finesse and almost weightless facility of “Papa” Jo Jones, Gene Krupa, Chick Webb, Buddy Rich and many more. The ripples of their propulsive swing have yet to ebb away – in some cases a century later. Third, it instituted the drummer as a soloist, cemented the instrument as the pivot point of the rhythm section and attributed a showmanship, a playfulness and an element of storytelling to the art of playing drums that had yet to be seen. All in all, this era was a turning point for drums on a whole and the very art of playing them in front of an audience.

This MIDI pack is performed in the shadow cast by the giants and inspired by the almost bottomless well of inspiration they created. Expect anything from the sophisticated and subtle to the fiercely intense and syncopated. From a wealth of traditional swing material in various tempos to a latin-flavored collection of straight bossa nova-inspired beats, these grooves have all the traits you need to lay down the perfect big band drum foundation.

THE SMALLEST
BIG BAND EVER.

Mix-ready drum sounds recorded by Al Schmitt, timeless grooves and countless song ideas for EZkeys. With these three titles, you’ll have the smallest but most powerful big band ever – right inside your computer.