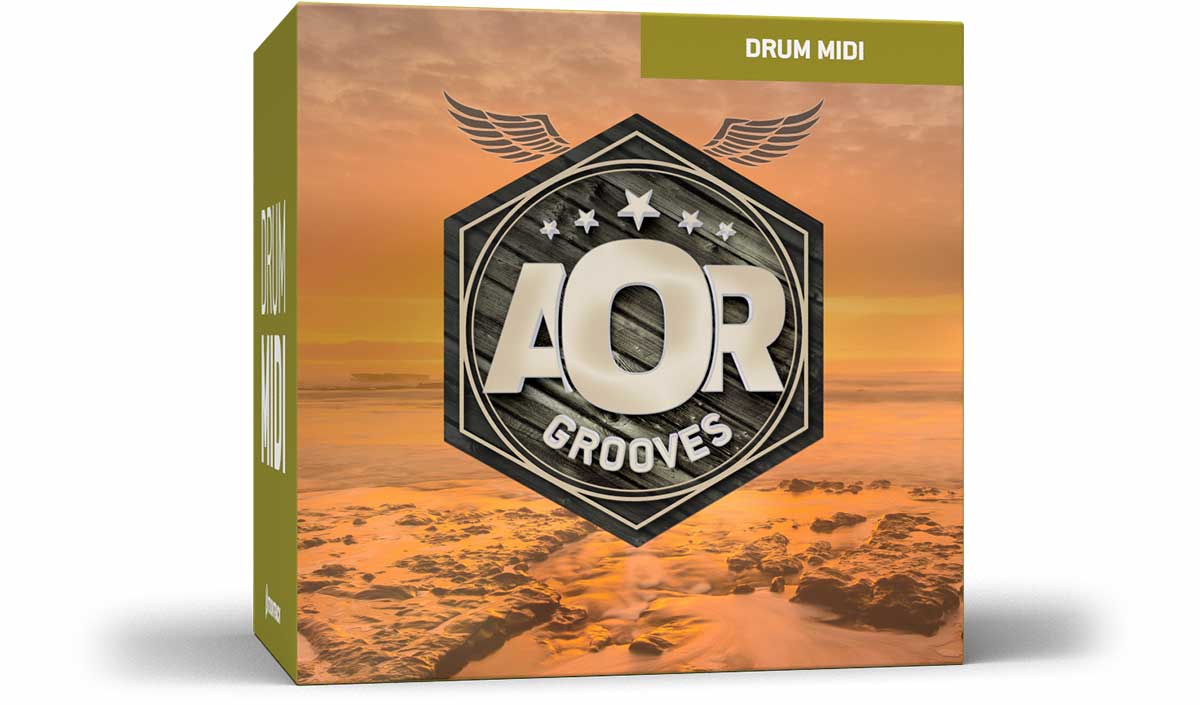 A profound collection of timeless rock grooves – inspired by the greats of AOR.

When bands like Boston, Journey, Toto, The Doobie Brothers and Steely Dan rose to international fame in the late ’70s, someone had already coined the divider Adult Oriented Rock (AOR) to set this new, lush and often technically inclined genre apart from its more rowdy sibling, classic rock. With its huge hooks, slick, layered productions and musical prowess, it became the new, widely accepted soundtrack to not only mainstream USA, but the world. Suddenly, rock wasn’t all about being loud. Now, songwriting, performance and skill were front and center, not least in terms of drummers. Players like Jeff Porcaro, Bernard Purdie and Steve Gadd would go on to inspire a whole new generation of drummers around the world.

This collection of grooves takes off in the wake of this era – with a strong foothold in classic rock, but with that “session musician” quality that often signifies the genre. Expect sturdy, timeless grooves with edge, nuance and finesse. This MIDI pack gives you the perfect foundation to any rock track where you want the drums to have attitude – without being overpowering. 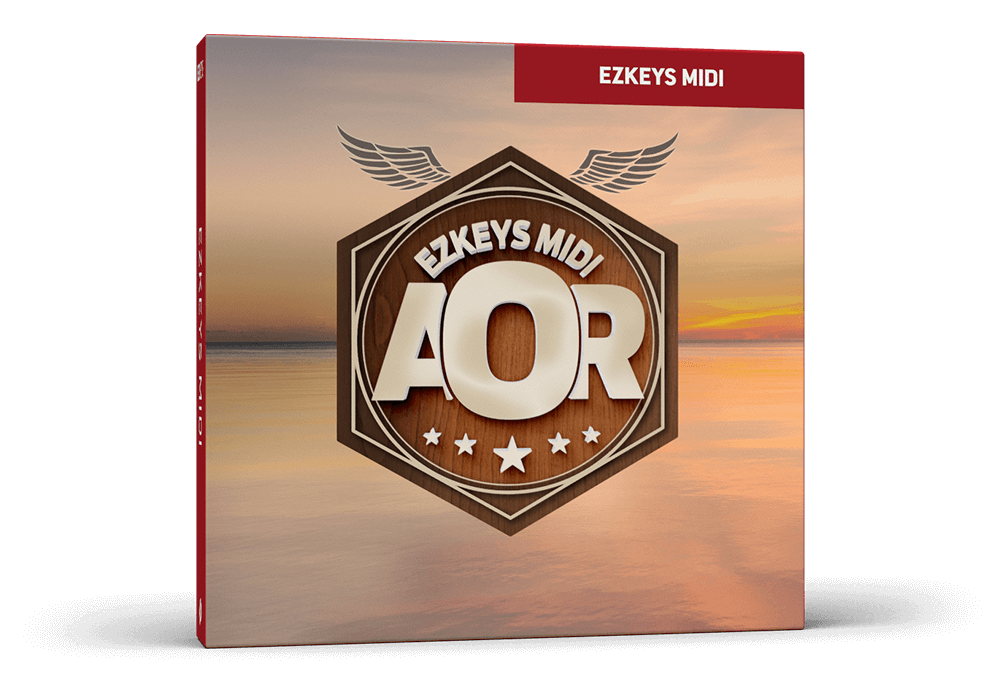 Pair your AOR Grooves drum MIDI with the AOR EZkeys MIDI pack and you’ll have a perfect match!

How would you define the nature of the AOR genre, what are its musical characteristics?
I think the reason for this importance lies in a number of typical musical characteristics: first of all there is the great songwriting that set a completely new standard for popular pop and rock, a very smart way to work with rather sophisticated and interesting harmonies and at the same time focussing on strong, emotional and catchy melodies. The vocals always play a very important part in AOR songs but it’s also the highly developed technical skills of each musician in the band that define the slick and often complex sound of the music. If you look at the technical side of things, the productions also perfectly reflect the sophisticated approach of the AOR music – the songs are very skillfully produced and arranged, often using rich layering.

What is your connection to this kind of music and the songs of the genre?
When I grew up in the mid/late 1970s and early 1980s, AOR music was everywhere. I remember listening to all of these songs on the radio, eagerly recording them to cassette tape and trying to play along with them on the drums or on the piano. Musically, the songs of this era definitely provided the kickoff of my own musical journey

Are there any specific songs or drummers that inspired you the most for the grooves in this pack?
What is an interesting and funny coincidence is that when I did the research for the most important and influential songs from the AOR era, I always ended up with recordings of the same handful of legendary drummers, mostly the great Jeff Porcaro, Bernard ”Pretty“ Purdie, Steve Gadd or Jim Keltner. These players were so important – they shaped and defined the development of popular music in a way that can’t even be described appropriately in a few words. Their unique groove, feeling and musicality have been a huge influence for all drummers.

You talked about the important role of the drummers, what is so special about these players and why do you think so many of them have become so influential?
Even though it’s difficult to summarize this quickly, I think it’s the special combination of their unique sense and interpretation of groove, their great musicality and ability to serve the song and last but not least their impressively developed technical skills on the instrument. The quite sophisticated songwriting and song structures of the AOR songs which often have a strong connection with the developments of jazz-rock in the early/mid 1970s and also the fact that their fellow studio musicians during the recordings were all playing their instruments with the highest technical skills demanded that. But if you listen to the recordings you realize that they actually never ”overplayed“ and always used their technical abilities to serve the music, to support the singer, to lay down the perfect grooves for the songs. Just as an example for such an important innovation, think of how Jeff Porcaro had been inspired by the unique way Bernard Purdie played his halftime shuffle and how he would take that concept to a whole new level, developing this approach to a standard groove everybody else would be using and trying to copy from that time on. 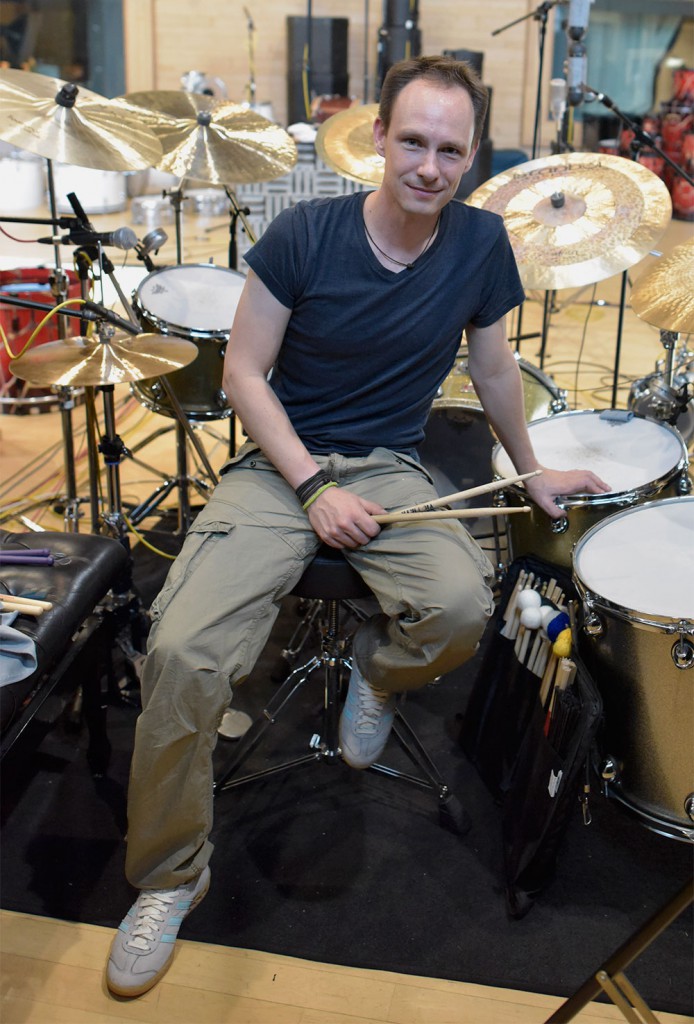 What would you say is the importance and influence of the AOR genre and its songs on the current and most recent developments of modern popular music? Does it still have an impact?
I personally believe that some of the great songs of the music of the AOR era are deeply engraved in our collective musical mind and therefore serve as a kind of reference and source of inspiration we all unconsciously draw from when we perform or write music, even if we don’t realize it. Especially when we look at the aspect of songwriting, I believe that even though time has moved on and new genres, musical styles and esthetics arose, the influence of the songs of the AOR era is still strong for the art of songwriting in general and for our understanding of how a Pop/rock song works and is structured. It feels like an undeniable common heritage we all can relate to and all feel connected to…and younger generations really have a great chance to learn a lot from this rich source of great songs and get inspired by them to create their own music.