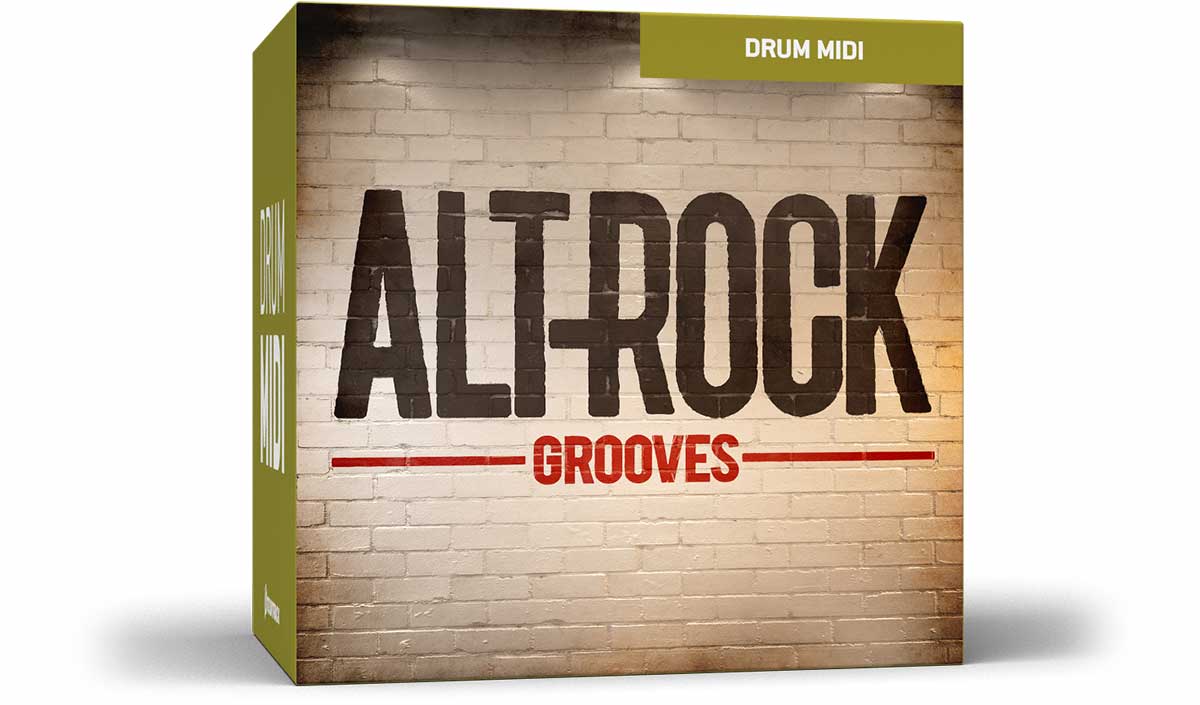 GROOVES THAT CUT THROUGH.

Basic rock grooves that take the art of playing simple to a new level of complexity.

On the surface, a lot of alternative rock grooves can sound seemingly basic. If you start scrutinizing them, however, you’ll realize there is a lot going on. In fact, for a genre where musical prowess often is downplayed in favor of artistic expression, there is much to be attributed to the players. Essentially, keeping it simple is hard – especially when it comes to the drums. “When researching this MIDI pack and digging through a virtually bottomless well of songs of the genre, what I realized was how much the smallest details actually add to the bigger picture. Even though subtle, every ghost note and accent play a pivotal role in each groove. As a drummer, coming up with ideas for this package was a real eye-opener,” says drummer Paul Szlachta.

The Alt-Rock Grooves MIDI pack presents a comprehensive collection of fundamental beats and fills inspired by some of the most influential artists of the genre: Nirvana, Soundgarden, PJ Harvey, Smashing Pumpkins and many others. The material is based around basic and staple-type grooves but with a clear emphasis on detail, variation and dynamics. While the dramaturgy of dynamics is vital in any kind of music, perhaps it’s most blatantly so in alternative rock. The soft-hard formula of a laid back verse leading into an explosive chorus has proven a winning concept in not many, but numerous groundbreaking tracks. “While recording this collection of grooves, I’ve come to reevaluate my take on the profound role that the drums play in seemingly simple alt-rock compositions,” says producer Michael Sanfilipp.

If you’re looking for an inspiring take on rock grooves where dynamics, detail and variation are front and center, the Alt-Rock Grooves MIDI pack is your perfect match.

Note: This MIDI is unique and not the same as the library included with the Alt-Rock EZX. 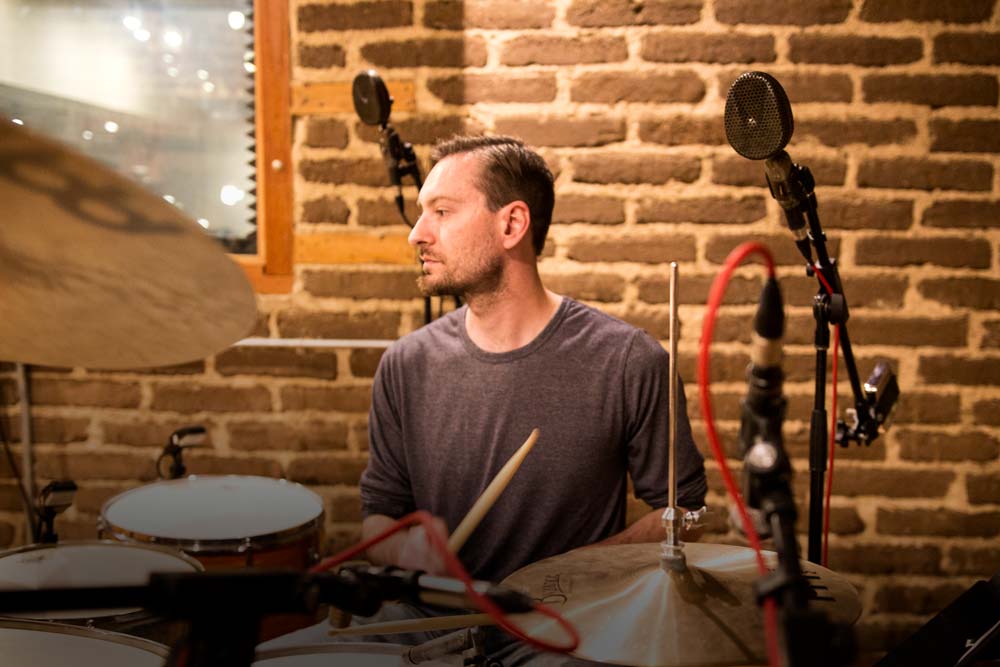 When and how did you realize your passion for music?
I realized it when I was about 5. My brother was already 5 years older and took a liking to playing guitar. So I would set up chairs and tape things to the ceiling as cymbals and beat along to the radio and him practicing. My favorite bands at the time being born in 84 and really growing up through MTV and the 90’s, were Metallica, Motley Crue, Wrathchild America, and bands like that.

How come you ended up behind the kit?
Well beating on chairs in the house my drums got bigger and bigger, to a point where I beat all the cushioning out from all the seats in the house.  My father had nowhere to seat company and figured it was time for real drums. A couple years down the road I finally got a real set. Everybody played bass and guitars, we always needed someone to play drums, and it just felt really comfortable and natural to me.

Growing up, what style did you start out aspiring to play?
I began playing 90’s rock from Damn Yankees to Pantera. Whatever Headbangers Ball was playing is what I wanted to learn. Wrathchild America’s 3D was a really big influence to me, like I knew that record from front to back at a young age, it was almost a ritual to practice to that record.

When putting this collection of grooves together, what were you trying to capture?
I was trying to capture the building blocks of those rhythm tracks in that era of music. Also to make grooves that are inspirational on their own, but with little editing on the users part become something original and unique to what they need at that instant moment of creativity.

What do you hope users will take away from this collection?
I’d like for users to make alot of really cool inspired songs out of these grooves. It’d be great if they can channel the creativity of that era and make something new out of it.

Buddy Rich
Brought drums to the fore front of the band. Power, speed, and unmatched technique

The ‘90s drummer
Because it’s the life I wanted without the bad habits.

Dennis Chambers
Another very strong drummer with an amazing pocket.

Tony Williams
The most original drummer ever in my opinion. He changed my life just as much as Buddy did.

Weezer “Blue Album”
– Every song is a classic and reminds me of good times in my younger years.

Miles Davis “Bitches Brew”
– Great inspiring album full of ear candy. Every time I listen I discover new things I didn’t hear before. I can imagine if I had all the time in the world on a deserted island what I would find in that record!

“Ultimate Motown Collection”
– This was a huge boxset with all the great hits of Motown on it. Nothing better to get me feeling good about a bad situation and to keep me going! Also great to keep my mind busy and have something to sing along to.

Sonic Youth “Daydream Nation”
– This record also brings me back to great memories. Teenage Riot is one of my all time favorite guitar riffs. I know this would get me moving and start building on an island to survive.

Wu-Tang “36 Chambers”
– Inc ase I’m able to ferment fruits and get drunk on a deserted island, I’d appreciate some party music – and Wu-Tang is always a great go-to party band for me. This album especially, again front to back I love every song, and it puts me in a great mood.