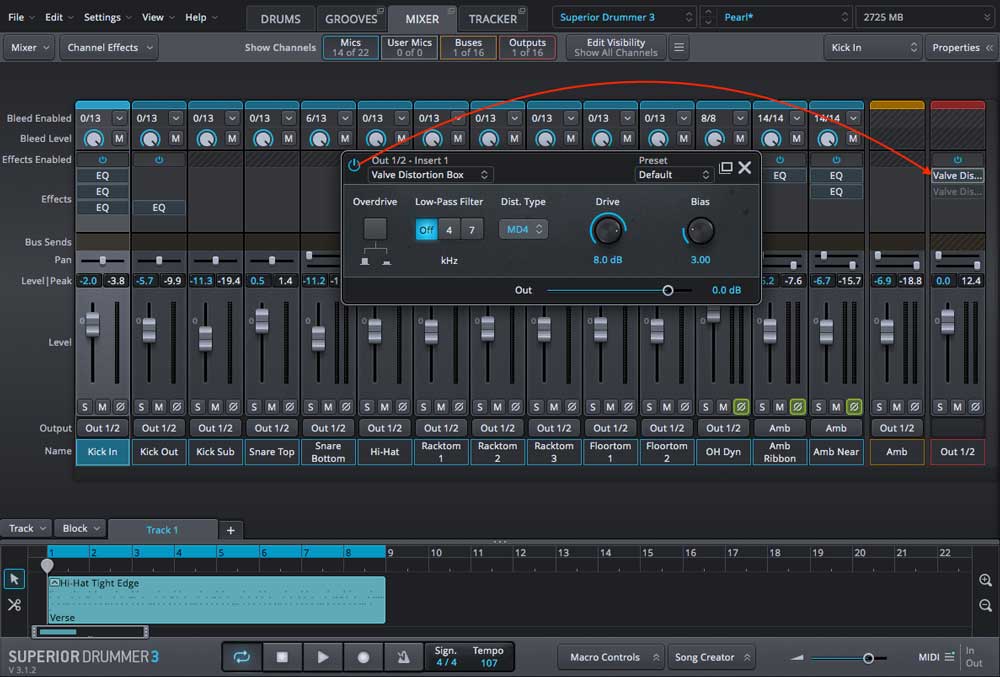 In this article, I’ll cover a few tips to getting gritty hard-hitting rock drums with my personal favorite plug-in in the mixer, the Valve Distortion Box.

Its initial subtleties may cause this distortion plug-in to be overlooked, but after digging a bit deeper into its features I’m sure that all readers will share my affection for this distortion powerhouse.

First, some backstory. The Valve Distortion Box is a meticulous model of a hardware distortion unit that is a mainstay at mastering studios and high-end mix rooms around the world.

I won’t go through all of the Valve Distortion Box’s features (as the manual does a good job of that), instead I’ll provide a few real-world examples for where you might want to use this amazing plug-in.

For a subtle lift type of saturation, I’ve chosen the MD4 style of distortion from the drop down menu. The “M” category of distortion options all shift the mid-range in the audio signal slightly and particular selection really seems to bring out the “crack” of a snare drum, and it gives the drums more of a rock tone that will easily cut through a mix. When previewing the included groove in the downloadable session, play with the Drive control – either adding or taking away drive to hear its tonal effect.

Here the Overdrive button is engaged and a low pass filter is used for more of a low-fi effect. The distortion type is set at P2 which is a tube-style distortion that really thickens up the sound. Of course, in this example it is used to the extremes, but it can also be made much more subtle if desired by reducing the Drive control and turning off the low pass filter. 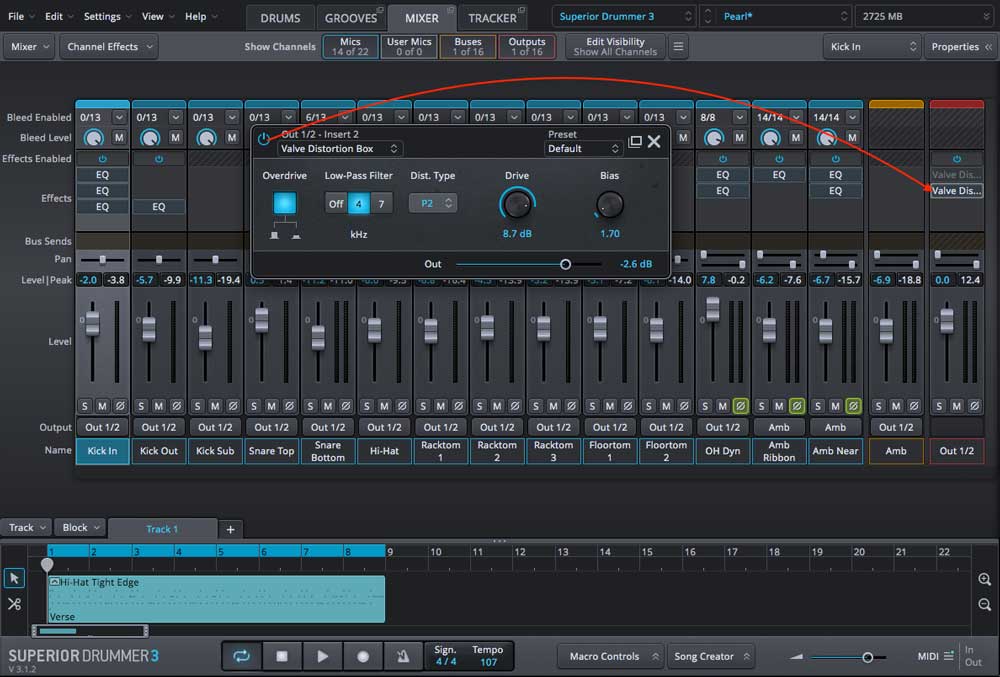 The Master fader is a great place to start with this plug-in as it really highlights its strengths and unique sound. Once you are comfortable with it on your master, it can be used more creatively to bring out individual channels in a mix. 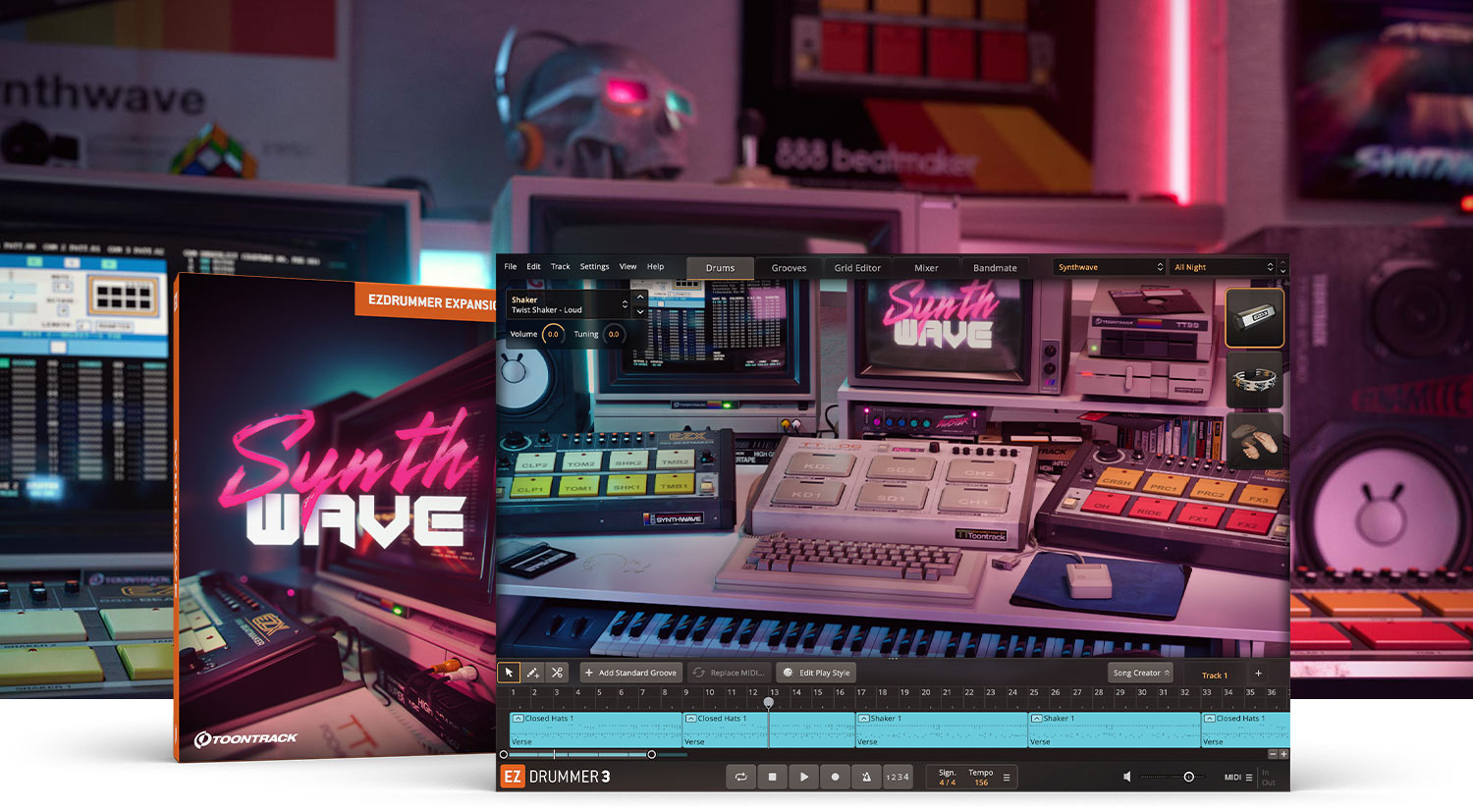