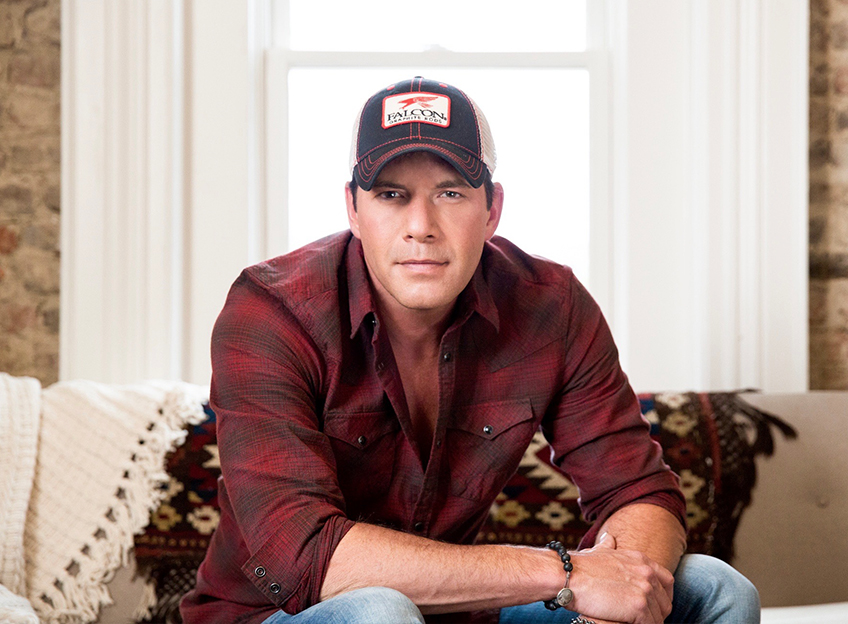 How did you first discover your passion for music?
– I’ve always loved music. My parents had a small record collection when I was a kid. I listened to everything. It was mostly Ray Charles, Charlie Daniels, Haggard, Charlie Rich, The Allman Brothers, Elvis, Glen Campbell, Willie and Waylon, etc. I couldn’t get enough of those songs. I couldn’t play the guitar yet, but I had them all memorized.

You have had an amazing career. Is there a defining moment in the start if it that you know was pivotal in getting to where you are now? Like a song, a meeting or a serendipity moment that put you on the map or steered you in a specific direction?
– Honestly I feel like every time I have followed my heart and taken a leap of faith something great has happened. I’ve only told this story once or twice. I had resolved to just writing songs and never really performing in front of people early in my career. The first time I was ever on Music Row to take a meeting with a publisher, I actually ran into Merle Haggard. He saw that I was obviously lost and trying to figure out where I was going. He asked me if he could help and said “This is the building you’re looking for son. Let me get the door for you.” Then he said “Twenty years from now when your a big singer-songwriter star, you tell ‘em the Hag opened your first door. ” After all my second guessing, I walked into that meeting and they asked me what my aspirations were. I told him,”Merle Haggard says I’m a singer-songwriter.” I never looked back.

How did you cross paths with Toontrack and what product was first introduced to you?
– I had been attempting to work with MIDI to get songwriting ideas recorded more quickly. I only play guitar, but I had a couple of songs that I knew were piano songs. I was writing with Blake Bollinger and Ben Stennis and they were the first guys to tell mention EZkeys. I came home that afternoon, downloaded a demo and had my first song recorded by 9 pm. And trust me, I know nothing about piano.

Tell us how Toontrack’s products help in your creative process and how you use them on a regular basis!
– EZkeys is so inspiring as you hear your songs come to life. One of the biggest game changers is EZmix 2. I track all my own vocals at home and use the EZmix 2 vocal and mastering presets for tracking. I love not have having to dig around for EQs. I get to sing instead of engineer. My time is so much more productive.

Looking forward, what’s next on your agenda?
– Brand new music is being finished as we speak. I feel like I’m writing the best songs of my career thanks to you guys.

Lots of our users are aspiring songwriters or artists – often both. If you could hand down one piece of advice to anyone looking to get ahead in the Nashville scene or country music business, what would it be?
– Keep writing to find your own voice. I know most people say you should write about how you feel, but I disagree. I think it’s best to write about how you want to feel. That’s ultimately what your trying to achieve with an audience. To make them relate to and feel the emotion in your song. I think it’s crucial to be as autonomous as possible. That’s exactly what Toontrack provides.