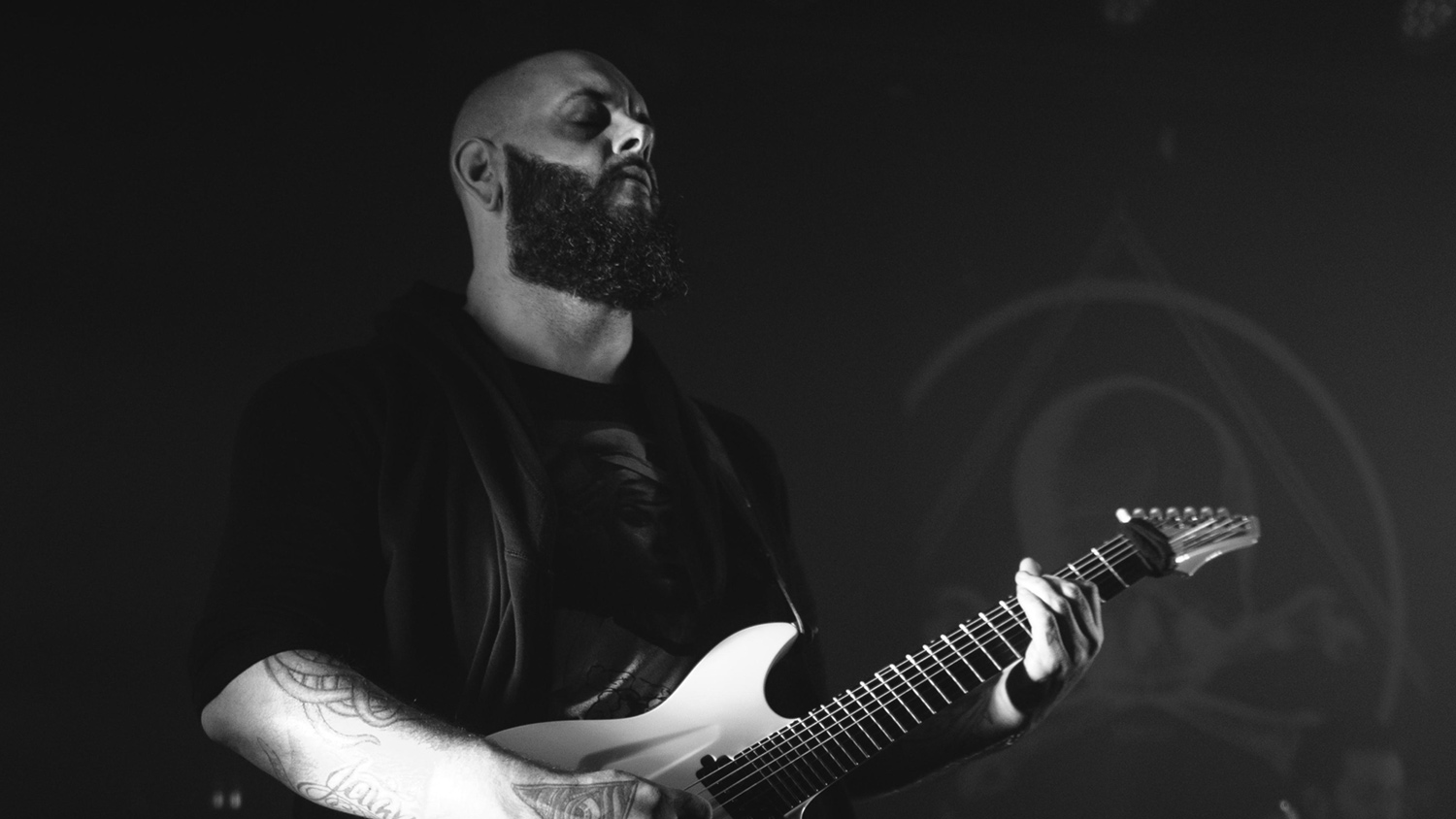 Longtime Toontrack user/artist Jesse Zuretti, whose regular gig is writing and sound designing for the silver screen, tried out our brand new Death & Darkness SDX! He came up with this monster of a piece.

You work for Marvel Entertainment as a composer and sound designer. How did you land that gig?
Stan Lee (RIP) came to a Binary Code show when we toured with Leprous and said, “Galactus is a huge fan of the band and wanted to be here but he was busy eating a planet, so I came to grab him a shirt. You guys are really good.” And then the rest is fate. But in all seriousness, I was very blessed to meet someone who works for Marvel that was willing to roll the dice with my skill set for a project that she conceptualized. Our early days of speaking was developed through a lot of nerding out over music and composers (she is a HUGE fan of Clint Mansell’s work on The Fountain). If I had to guess, much of the faith invested in me by her/the Marvel Team came from the album I wrote with my band Binary Code. I am eternally grateful for that opportunity and the doors it’s opened.

Working professionally with music is a dream a lot of musicians have. What would be your tips for those that aspire for a career in the field?
The moral of the story above is that you need to be okay with pivoting. I’ve spent much of my musical life (15 years) dedicated to one band, and while I love our new record that’s coming out, metal doesn’t always pay the bills. So you have to be okay knowing when to pivot into a different direction with your creativity and skill set(s). Sometimes, your band isn’t going to be your meal ticket – but that doesn’t mean that you can’t still pursue your passion as a musician. Also, NETWORK! My amazing aunt and uncle are advisors to physicists and scientists, and they put out a book about career advice. One of their best quotes that was pointed out to me recently was, “If you’re not networking, you’re NOT working.” I stand behind that 110%! I’ve adopted that and just call it NOTworking. And this has to stretch beyond the internet – get out there and meet people, go to conventions, lectures, shows, summits, et al. I’m also a firm believer in deleting sessions that you don’t stand behind. I’ve had so many moments where I had an idea, I start jotting it down in my DAW, and I find myself questioning if it’s actually as good as I thought. So, I zip the session, upload it to the cloud, and delete it from my session computer. Why not just step away and come back to it, you ask? Because at the end of the day, if you don’t believe in that music, it’s really going to be hard to pitch or submit it to a music supervisor – and those opportunities are few and far between in your early days.

Writing for the screen involves mastering lots of genres, moods and feels. What is your personal preference as far as music and what do you write if it’s not work-related?
I really enjoy horror/sci-fi scoring and sound design because of the harmony between organic and synthetic instrumentation. One of my favorite things to do is use electronic drums and synths and mix that with orchestral and acoustic instruments. This to me symbolizes the cybernetic-organisms that make up a huge part of sci-fi film. But the truth is, I don’t find many limitations to what I do musically for work and for fun – which can range from being inspired by Danny Elfman, Hans Zimmer, Samuel Barber, to Trent Reznor, Fredrik Thordendal, and Steven Wilson. On the flip side of that, the work I did for Luke Cage was basically a ‘90s R’n’B/hip-hop song that ended up being a bit of a childhood dream of mine, to make music that I grew up listening to and have it get a seal of approval from some childhood heroes of mine. But most certainly what comes naturally to me is metal \m/

How does writing for the screen normally work? Do you get a clean slate and the freedom to create what you personally think fits or is there generally a brief you work towards?
Very fortunately, with superheroes/supervillains, you already have a HUGE history written for you by genius writers like Stan Lee and Jack Kirby. So a big portion of the work has already been done by masterminds, and my job is to create a musical theme to convey the abilities, energies, powers, and strengths of these characters. Very often though, you will be handed a cue sheet, outline, storyboard, or even a 1,000 word dissertation-level description of what the company wants. It’s really important to be able to communicate with people and take criticism constructively. But you also have to be confident in standing your ground when you really believe in something – these folks hired you after all, so you have to remind them to trust your expertise!

How do Toontrack’s tools and sounds help you in your creative process for your day-to-day work and what are your go-to Toontrack products?
Toontrack is on EVERY session I open at this point – if even just for pre-production. And I kid you not, EVERY session. If you ever hear anything I did for Marvel that has electronic drums, it’s Toontrack. I’m a huge fan of the electronic kits (namely Number 1 Hits EZX, Dream Pop EZX), Orchestral Percussion SDX, Death & Darkness SDX, EZmix 2, EZkeys, and Superior Drummer 3. I mean, full transparency – some of the presets that come out of the box with these kits need so little tweaking, and for the most part it’s usually a mixing change to suit the music. But sound-wise, factory presets and sounds are so good that it’s kind of silly to go too wild coloring it all too heavily.

What does your writing spot look like in terms of gear?
My home studio is pretty meat and potatoes compared to most studio people. I really consider myself more of a composer/writer than an engineer, although it’s a part of the job of course. But most of the magic is all in the DAW within the VST library. Within my workstation I use Cubase, Spitfire Audio, Spectrasonics (Omnisphere), Joey Sturgis Tones, ProjectSAM, Positive Grid, STL Tones, Sonic Academy. Instruments & Tools I use: Roli Seaboard Rise, Native Instruments Komplete Kontrol keyboard, Aristides 070 guitars with Bare Knuckle Pickups, I also have a few really cool Ibanez guitars I love: 7 String Acoustic, a few Japanese RGs with Bare Knuckles, and a Contemporary Archtop Jazz Box, a 1986 Fender Japanese Strat, a Gibson Les Paul Custom, Line 6 amps/pedals/devices, Positive Grid amp, basically a musical instrument store’s worth of Ernie Ball strings and picks, got some Rode mics en route, Shure mics, a really cool PreSonus Eureka mic pre/compressor/EQ strip, Focusrite Red 4 & Scarlett interface, beyerdynamic DT 1990 headphones, Genelec is sending me some cool speakers to try out, and a healthy stock of Hipshot tuners, bridges, and saddles that I need to throw on all of the above mentioned guitars (save for the Aristides).