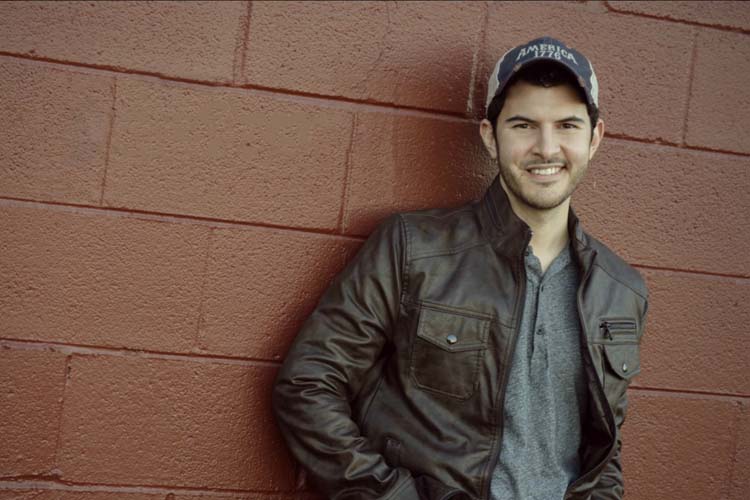 Toontrack loved your song so much that they contacted you and asked permission to remix it with the drum sounds in Superior Drummer 3. How does it feel to be part of this much anticipated product launch?
I was beyond excited when Toontrack approached me to see if I would be interested in having my song remixed with SD3.  I’ve been writing and producing with Toontrack products for the last 5 years and use them in my daily work flow. It’s really cool to come full circle with the this song which was originally written using EZ Drummer.

Tell us how “Don’t Come Here Tonight” came about and if there’s a story behind the song.
“Don’t Come Here Tonight” is about that period time after a break up where you just need space and time apart from the other person to get over them. When you’re from a small town like where I’m from it’s very easy to run the risk of seeing your ‘ex’ pretty much anywhere.  This song says “you can have any place you want in this town except where I am at right now”.

When and how did you discover your passion for music?
I started playing piano when I was about 5 years old. I really enjoyed making up little tunes and messing around with the various sounds on the keyboard I had. I grew up listening to my dad’s classic rock records from bands like the Eagles, CCR, the Beatles, Neil Young. By the time I was 13, I had picked up the guitar and started messing around with writing songs.

Do you have a general blueprint for writing, meaning you start with the music, then move on to lyrics etc? Or is every song unique in how it comes about?
Usually I’ll compile a list of unique lyric ideas that I can draw from in co-writing sessions. In Nashville, it’s all about lyrics and a great hook. I also have a catalog of instrumental ideas that I sometimes don’t have any lyric ideas for yet. I’ll present the instrumentals to my co-writers to see if it inspires anything during our writing sessions. I think coming up with grooves is a great way to get the writing session moving and Superior Drummer is my “go-to” for that all the time.  I have a songwriting template set up in ProTools with SDX pre-loaded, assigned and ready to go.

What’s your preferred instrument to write on?
Guitar. Even if I end up writing a central keyboard part, I’ll still write the bulk of the song on an acoustic guitar.

When do usually the most ideas for songs come to you?
Usually when I’m in my car driving and can’t write down anything (lol). I like to draw on relationships a lot because I think that’s a very important aspect of our lives and it’s what we can all relate to. I’m in my late 20’s so I’ve also been writing a lot of songs about self reflection lately.

What’s the best thing about writing songs?
Learning the rules to break them and stumbling upon a very unique angle to say and deliver an idea that makes you go “hmm that’s cool!”. Not every song is a hit, not every song is something that’s going to get past the work-tape stage, but every now and then an idea comes out and you know you’re on to something special.

What Toontrack products do you use?
I use Superior Drummer, EZdrummer, a variety expansions including the Indiependent Kit for SDX, Nashville (EZX), Americana (EZX), Indie Folk Kit (EZX) and lots of MIDI expansions.

What are your hopes and aspirations for the future?
I’m currently writing and recording demos for a new album.  I’m hoping to get back into the studio later this Fall to start cutting tracks with a band.  It’ll be great to get some new music out to fans and hit the road again in 2018!

Top-five of the greatest songs ever written – regardless of genre!
(In no particular order)
“Hotel California” – The Eagles
“These Boots” – Eric Church
“Jack & Diane” – John Mellencamp
“Won’t Back Down” – Tom Petty
“Hey Jude” – The Beatles