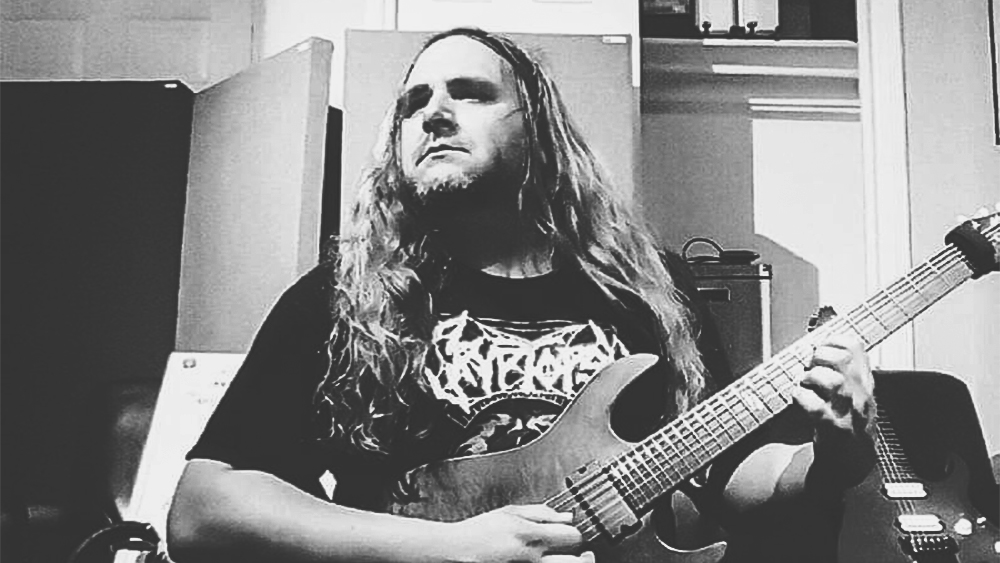 What’s the story on Spread the Shadows? Give us a brief background on how you started this project.
Spread the Shadows began a few years ago when I decided to sit down and finish some of the many songs I had written. It is my humble attempt to express myself as an artist. Like everyone else, I use my musical influences and record the music I would like to hear. I just wish I could write better songs and be a better guitar player, but you do what you can, right? Hahaha!

The song was recorded using EZdrummer and EZmix. How do Toontrack’s sounds and software help you in your creative process and how important are these for you seeing as you’re a one-man band?
Many years ago many lonely musicians like me used drum machines to write our songs. But it was really hard to show your ideas to others because the drums sounded like crap. The first time I heard EZdrummer I couldn’t believe it! In addition to the sound of REAL DRUMS it is super easy to use. The same happened to me with EZmix. Imagine having an idea in your head and you just have to connect your guitar, click you mouse a couple of times and you already have a band in front of you waiting to follow you. This is incredible! Since that day I use EZdrummer / Superior Drummer and EZmix. Without Toontrack there would be no Spread the Shadows!

Any plans on getting together with others to form a band version of Spread the Shadows?
The next step is to record an album. Just a couple of weeks ago I started talking to an incredible drummer who’s already learning the songs and I hope to record at least four of them before the end of the year. Let’s see. As for forming a band to play live…that is not my priority at the moment. I prefer to focus on creating music first. Many bands only exist to play live shows and be on stage every month playing the same places when they really should be practicing more and writing better music.

You’re from the Florida area, a region that spawned bands such as Morbid Angel, Deicide, Obituary and tons of other death metal legends. What is your relationship to the bands of this era and what is the scene like these days?
I started listening to death metal in the early ‘90s, so I grew up listening to those bands. Old good Californian thrash metal as well as death metal from Florida and Sweden are my main influences. Unfortunately I have no other direct relationship with any of these bands, because I was born in Cuba. I lived in California for many years and I’ve only been here in Florida for a few years. I live in Miami now and the metal scene here is quite strong actually, despite the lack of shows we have every year. I am not part of it because I don’t think people know I exist, but I have seen good bands down here with very talented musicians.

Quick gear rundown!
I always play Ibanez Prestige (the best guitar in the world for metal) tuned to standard A. I also used a Kiesel for some of the solos. The string gauges vary. In my room where I write the music, I only have a Scarlet 2i2 audio intrface and my faithful ROKIT monitors going through my Windows PC loaded with Toomtrack products. Although I could always use many more.

What’s next on the agenda for the Spread the Shadows and what is your ultimate goal?
My main goal is to be able to archive what I feel through my music and to transmit that energy to other people. Being able to share the magic of heavy metal to many other people who do not identify with the genre simply because they do not understand it would be something that I would enjoy too.

Listen to Spread the Shadows here.