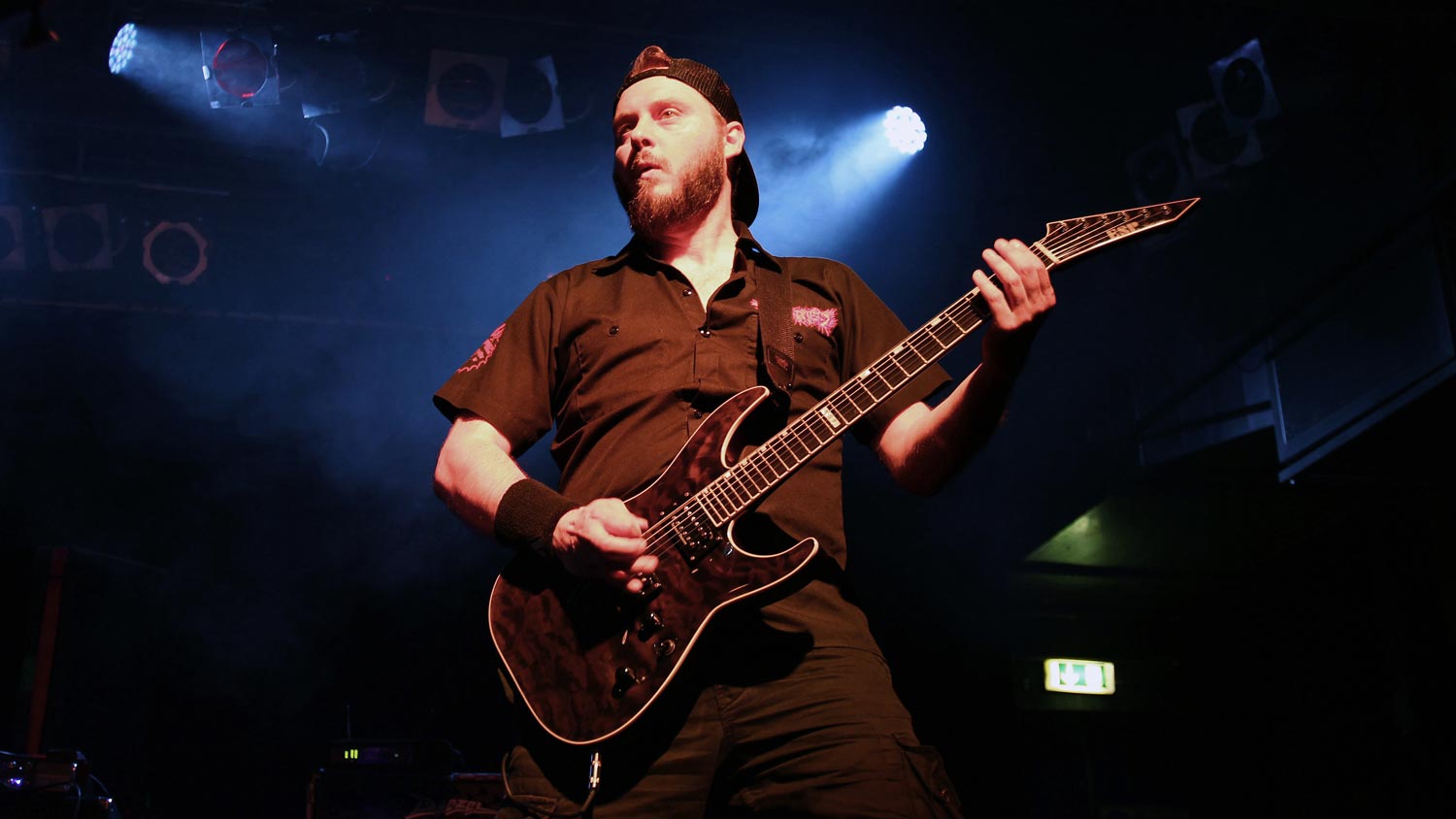 What’s the story on Pequod? How did you guys get together?
Our current line-up exists since 2013. We met at a metal pub, but three of us have known each other for 30 years already. We share the same taste in music and have the same musical background. That makes many things easier, like songwriting. After many years of experience and rocking hundreds of stages we finally found our very own style, which can easily be described as a mix of “Bay Area thrash” and “Swedish death metal”.

Your music is a mix of thrash death metal. What bands would you say inspired your sound the most?
Fact is, we grew up in the golden era of death and thrash metal. So the answer is very obvious, I think. Entombed, Dismember, Death, Slayer, Morbid Angel and all of the above… We are blessed and thankful for every single live show and record released in the late ‘80s and early ‘90s! And we are blessed to have been there – we felt like a part of it.

You’re from Munich, Germany. What is the scene like there and in Germany on a whole for your type of music?
Especially in the last years the Munich metal scene has become bigger, but is has always been big. The whole Bavarian metal scene is huge and blessed with many talented bands. We absolutely do not have to hide in comparison to the rest of Germany or even to international standards. But it’s still hard work to grow and become famous for an unsigned band like us. You know…it’s a long way to the top if you wanna rock‘n roll!

What’s next on the agenda for the band and what is your ultimate goal?
Actually, we just finished recording and mixing our second full length album “Spineless.” We are planning to release it in the first half of 2020. Now the job is to promote the songs as much as possible. I did all the recordings and editing and Lawrence Mackrory (Obey Mastering Studio in Uppsala, Sweden) did the mix and mastering. And the result is awesome – if I may say so myself! Lawrence did an amazing job. You have to listen to the new material! I guess the ultimate goal is to get a chance at playing bigger festivals and shows in general.

Dream tour to be on?
Honestly, we would go on any tour that helps spread our music outside of Bavaria and Germany. But since you are asking…a slot on the next Meshuggah, Bloodbath or Behemoth tour would be great.

What Toontrack products do you use and how do they help you in your creative process?
I use EZdrummer 2 and EZmix 2 for all my songwriting and recording sessions. I’m still blown away and can’t believe how you guys are able to capture drum sounds this realistic and bombastic. We used the Metal Machine EZX sounds for our current EP “False Divinity.” We plugged a Roland TD-30 e-kit straight into an audio interface and our drummer nailed the songs into the DAW. That’s it. It’s as simple as that, and you always get the result you are looking for. After discovering EZdrummer 2, my whole songwriting process changed. To have the opportunity to jam with fantastic drummers like Dirk Verbeuren or Tomas Haake makes many things easier and helps me to improve my songwriting and guitar playing skills as well. It made me more accurate and tight regarding recordings. Now it’s Metal Month and some new fantastic EZX expansion packs are coming out. I guess I’ll have to loot my bank account next…