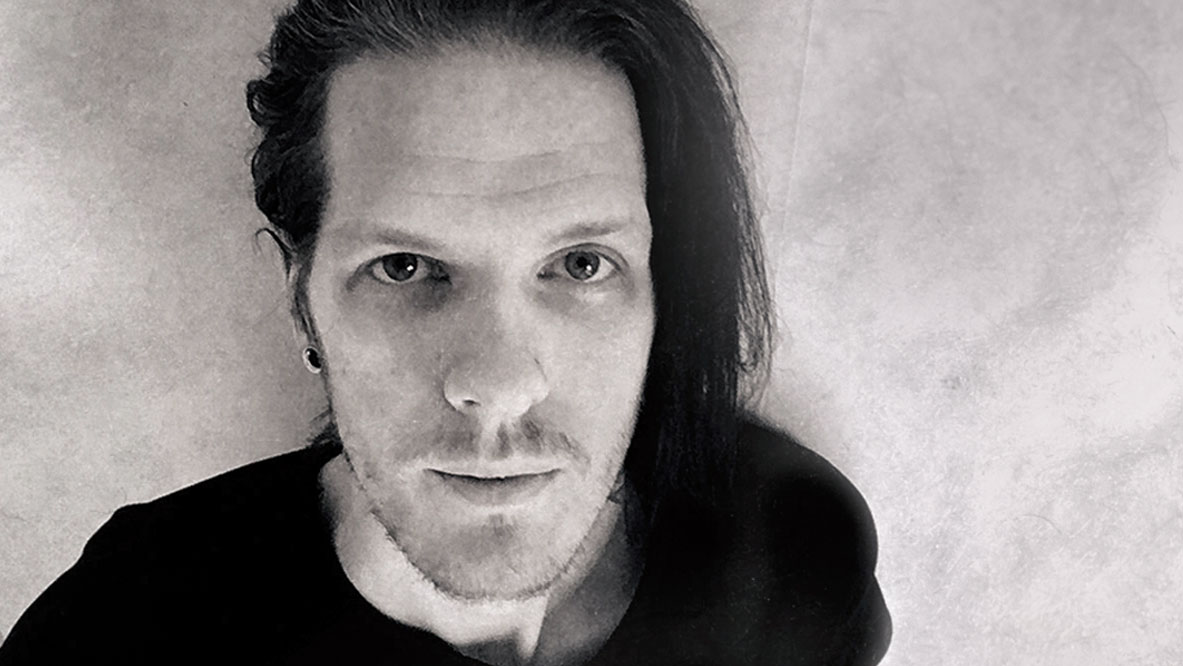 What’s the story behind Dead Pilot?
The story is that I contacted Christopher from dEmotional about doing a feature on a song that I did and I really liked his screams. We then hit each other up over a coffee and started working together. We have only released one song officially yet but have many ideas stored.

You’re a two-man band at this stage. Any plans of getting together with a group of people and do some live shows?
There are no plans for this at the moment but the idea has come up several times and would be fun for sure! We are quite busy with other bands, jobs and life in general so before we take it to the next step we are all about having fun as a two-man project.

What’s the ultimate goal with the band?
First and foremost it’s all about having fun with no pressure whatsoever and trying to find that specific sound that you are after. The ultimate goal would be to play this live and tour the States, haha.

You used Superior Drummer and several SDX expansions for the production of this song. Tell us more about the production!
Yes I’m using Superior Drummer as my engine and my kit is currently a mixture of The Metal Foundry SDX and some close mics and room from the Avatar kit. Once I have my drum kit set up, I have one session for writing and one for mixing. I do this because I want to export the drums and work with audio files when mixing. So I do this manually in Logic for each close mic first, then a stereo OH track and separate stereo tracks for the same room. That way I have complete control over the bleed and can process/automate separately, and them being audio files and not real-time routing inside the Superior Drummer routing.

What’s your ”Toontrack story”? How did you first learn about the brand?
I go way back and started out with the original Drumkit From Hell. I believe it was posted like a hundred years ago in Close Up Magazine in an interview with Meshuggah and their writing process and what they used. I’ve been using Toontrack drum libraries ever since and I’ve seen the progress over the years working in a music store for seven years selling them and other products from the big catalogue you guys have.

What Toontrack products do you use these days and how do they help in the creative process?
It’s mainly Superior Drummer nowadays but sometimes I use EZmix to get a decent mix fast when tracking, just to get a glimpse of the final product. The drums are the main focus for me and I need them to sound good and punchy. The source tone is crucial and Toontrack delivers that!

What does your writing spot look like in terms of gear and how do songs normally come together?
Like everybody else I have my little man cave ready at home when inspiration sets in. It’s a fairly simple setup with a trusty iMac, monitors and guitars/basses. I record DI and use various software for post-processing. Although I am a drummer, it always starts with one or a few riffs to build around. When I have a solid base for the song me and Christopher work together with the parts, arrangement and make it fit with the vocal ideas.

You’re from Sweden (just like Toontrack!), a country widely known for its export of metal bands. What’s your thoughts on the scene today compared to growing up and what were some of the bands that got you into metal in the first place?
Yes and I think one of your colleagues actually studied at the same university as me here in my home town, cool! The music export of Sweden has always been massive and when it comes to metal I think we have a few of the greatest bands and producers doing amazing stuff. I grew up listening to Meshuggah, Katatonia, Soilwork, At the Gates to name a few and they were all a big part of the reason I got into heavy music. I think the big difference between now and growing up is that everything is available everywhere and the gear is cheap. That means that you have the ability of marketing yourself and also create and release music on your own which then results in new acts popping up and sometimes starting new trends. It’s hard to be original these days and I think people are constantly looking for that whether it’s regarding genre or sound.