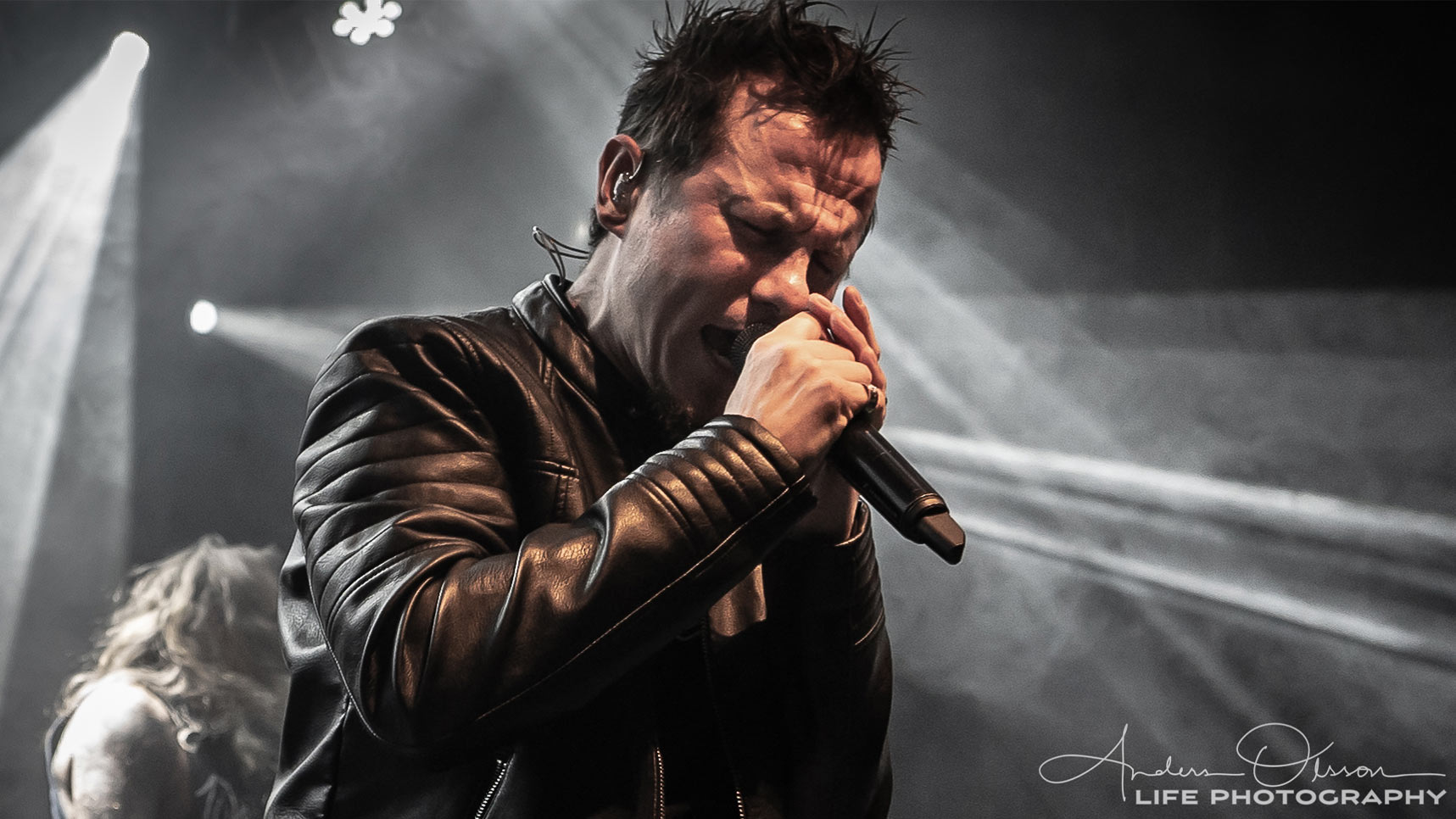 If we go back to the very beginning, what sparked your interest in music?
I had two uncles that were record collectors that were only ten years older than myself, so they got me hooked on rock and metal music at a very early age! But the transition from being a consumer to an artist was actually a pure coincidence. I wanted to be a hockey player but when I had to quit hockey due to an injury, I asked myself : “what else can I do that is not tying me up in a factory,” and rockstar seemed to be a pretty fun job!

How come you ended up singing? Were you always drawn to the instrument and was it your first and only alternative?
In Sweden we have this amazing possibility that you can learn any instrument free of charge at an early age. I wanted to learn how to play the guitar but so did everyone else, so I got my third choice that was the trumpet. I never really liked it but I continued to play for seven years, mostly because I had an amazing teacher and I always want to follow through with whatever I start. So, I didn’t quit until I felt that “I know this now.” I also think that my ability to sing came from all the hours of playing the trumpet, You use the same technique and muscles in your abdomen. After I quit hockey, a friend of mine asked if I knew any singer because he wanted one in his band. I lied and told him I could do it. I couldn’t, but luckily for me they were at the same level as myself and the PA in the rehearsal room sounded just like it did on stage when Motörhead played. I used to do their Pyro and Lemmy used to come to me and say that it was great that I did flames on what apparently was the wrong song. But for anyone that has ever been on stage when they played, it was impossible to distinguish which song they were playing! Anyhow… I loved the feeling of singing from day one and I knew directly that this was what I wanted to do! I set the bar high and told the others that we have to move somewhere where the business is. At this time Gothenburg was the capitol of metal music, but the others didn’t really believe that we were gonna be able to be the next Bon Jovi, so I packed my bags with the thought in my head that “I will show them…”

You’ve traveled and toured the world, played the big stages and experienced tons with your current and former bands Dreamland, Amaranthe and Cyhra. Looking back on your journey so far, what would you say stands out? Any milestones or moments along the way that you think you’ll remember or cherish forever?
I remember when I first visited Sweden rock festival back when I think it was still called “Karlshamns Festivalen.” My favorite bands at the moment Nocturnal Rites and Hammerfall were playing on a small stage in a corner of the site and I told myself that one day I will play here! The year after we got booked with Dreamland I felt that ” I made it” – now I can do something else. I am happy I didn’t quit there because a couple of years later, my goal was to play in Japan. First show we did had an attendance of 300 people and the year after it was 18.000. The feeling of standing on the same stage where I had seen all my childhood heroes on copied VHS tapes was surreal. I still have to pinch myself today when I see videos or photos from that time. After I quit Amaranthe and kind of restarted my career, I realized that I now share the stage with THE Jesper Strömblad that 20 years earlier was on a poster in my room!

Aside from being a touring musician and one of the main songwriters in all your endeavors, you’re also producing bands, own your own management company, have worked a lot with live production and pyro technics…and also done some acting. You certainly have a broad palette! What would you say is your favorite part in everything you do?
“Jake of all trades,” hahaha… Yeah, as I said before, when I start new things I always strive to be “the best” at whatever that is. “The best” is of course subjective to what I believe is good enough for me, but I like to push myself into new endeavors which I have no prior experience in. Standing on a stage performing in front of a live audience will probably never take the #1 place, but part from that acting is probably what I enjoy most at the moment, even if that’s something that I don’t do on a regular basis. Mostly because there are so many things to learn! As I am writing this, I am actually at a songwriting camp with some of the top K-pop producers in the world, and that is also something that is extremely exciting! Before I got kids, touring the world with bands like Kizz, Beyonce, In Flames, Mötley Crue etc., etc. The list is long, was a fantastic experience, but I think every thing I’ve done has its own place on the timescale so to say. During Corona, I built a new studio and I have started to get a lot of work as a songwriter and that is something that I really enjoy doing as well. But I hate when you write something that you just wanted to keep for yourself, haha.

When not on the road, in the studio or in “Cyhra mode,” what is a regular day in the life of Jake E like?
I wake up at 06:30 take the kids to school and daycare, enter my office/studio at around 08:00 and work with songs til around 15:00… Pick up the kids, play with the kids and make dinner. After that I do all the business stuff and paperwork. When the kids asleep I try to play some video game for an hour and then my wife and I usually binge-watch a series ’til 02:00.

Which Toontrack products do you use and how do they help in your creative process?
I will be totally honest and say that without Toontrack’s products, there wouldn’t have been any Amaranthe. The EZ Line of drums were a key player in the whole writing process when me and the guitar player started that project. Today, I use Superior Drummer 3, EZkeys and EZmix 2 everyday. I am looking forward to starting to use the EZbass now as well. For me as a songwriter, all Toontrack products shorten the production time by days, and when you lack inspiration there’s always presets and patterns there for you to play around with!

What’s your creative process like? Do you set aside dedicated writing time or do you write when inspiration hits?
As this is my full-time job, I work business hours. Some days I make a whole song, other days I am stuck in trying to find the right keyboard sound. But I try to write something everyday.

What’s next on your agenda?
We have just started to write a new Cyhra album, but I also have some songs to write for other projects which I am really excited to show soon! 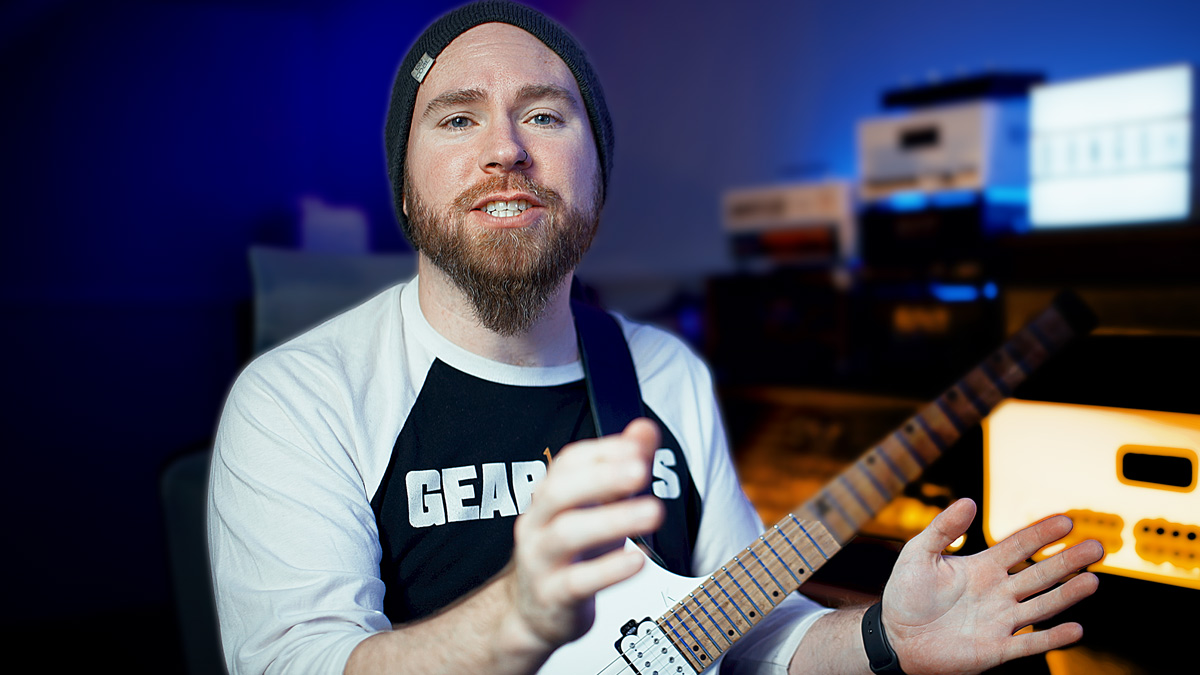 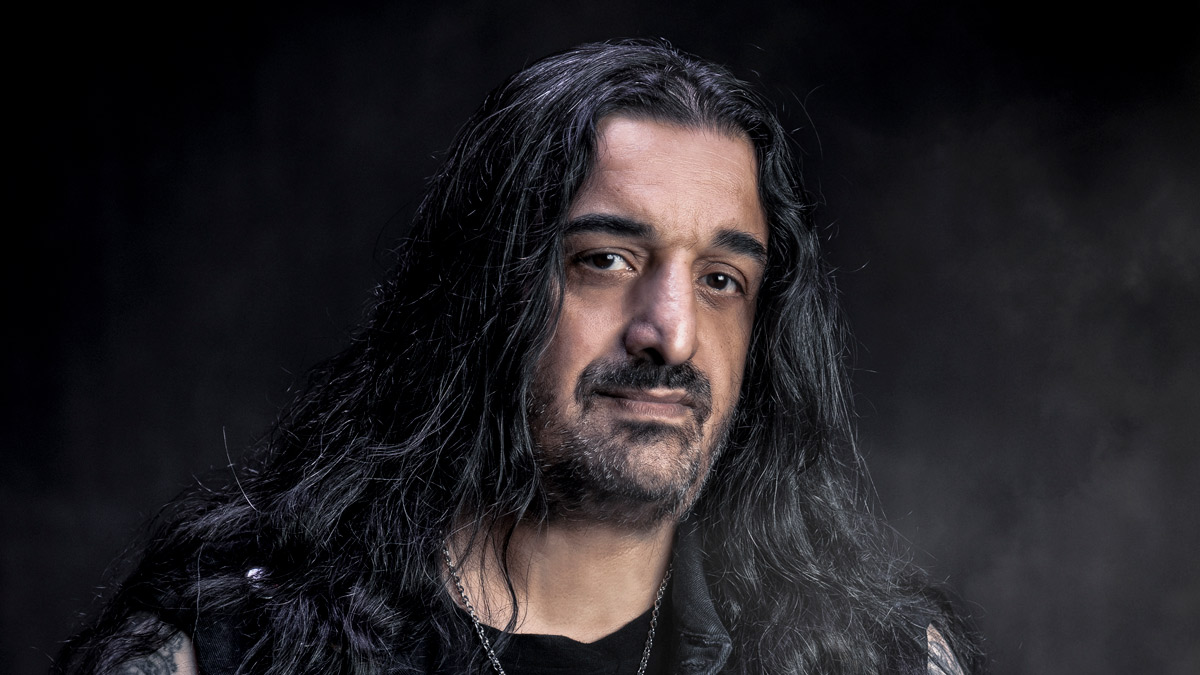 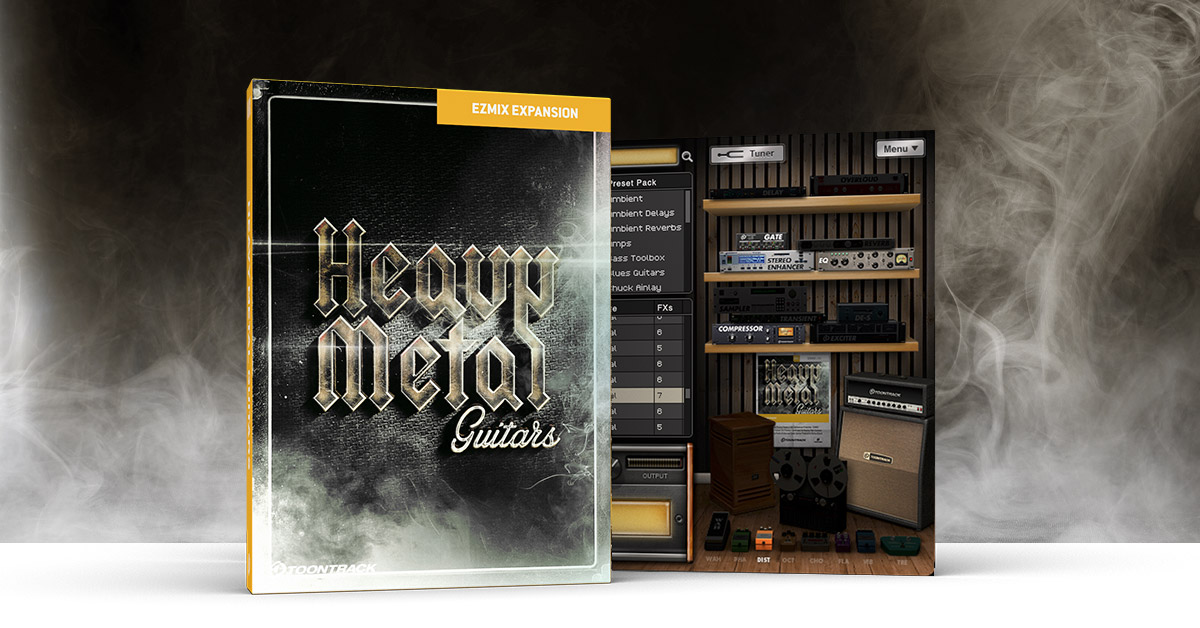 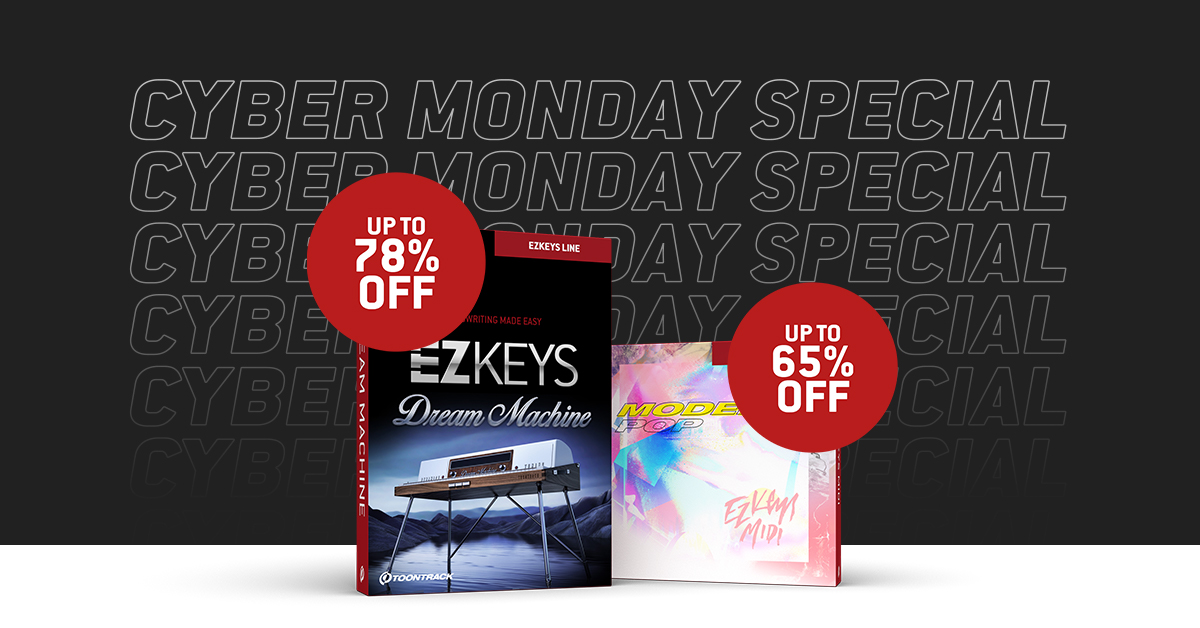 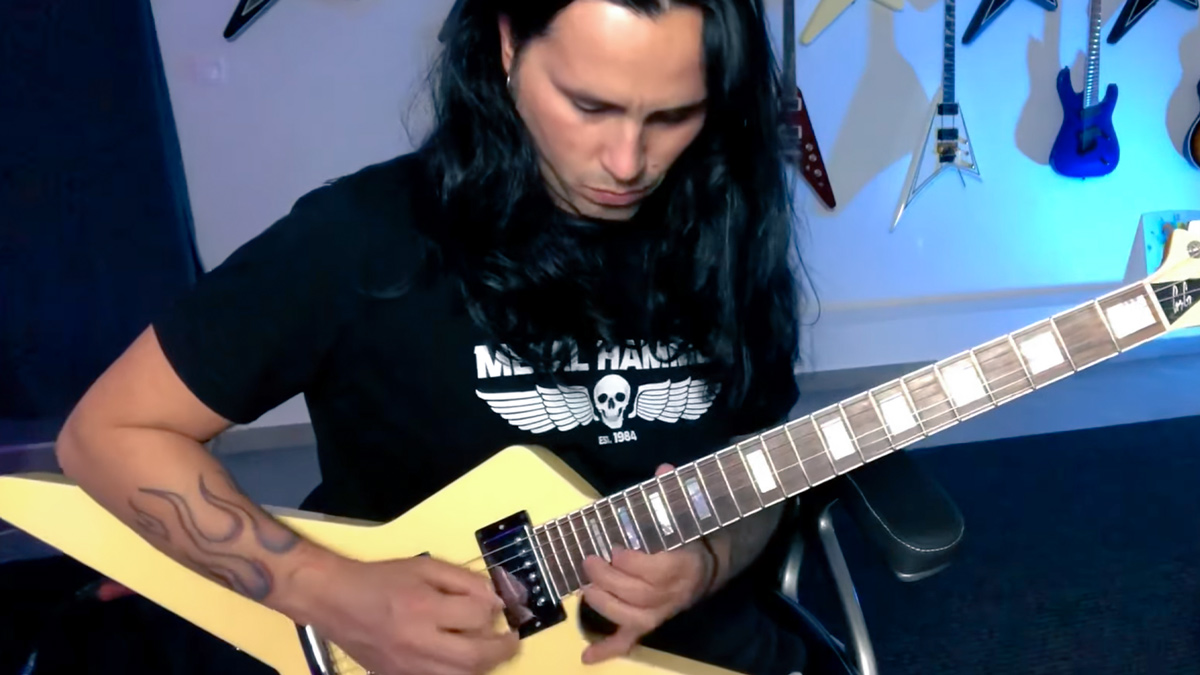 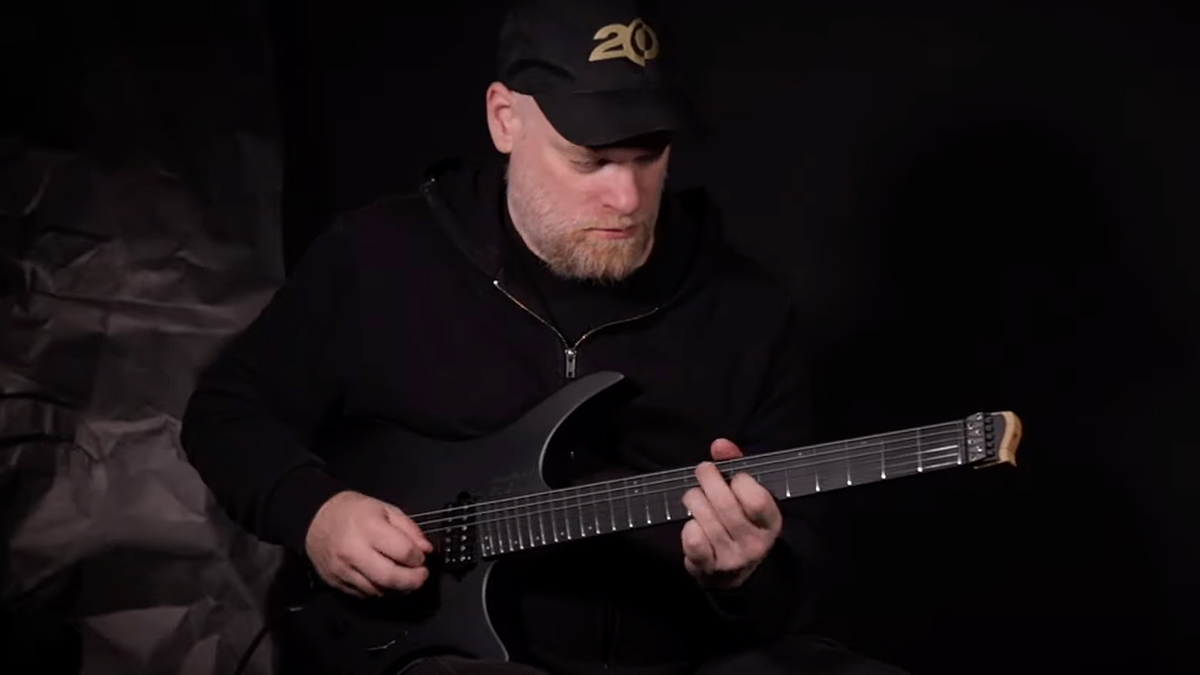 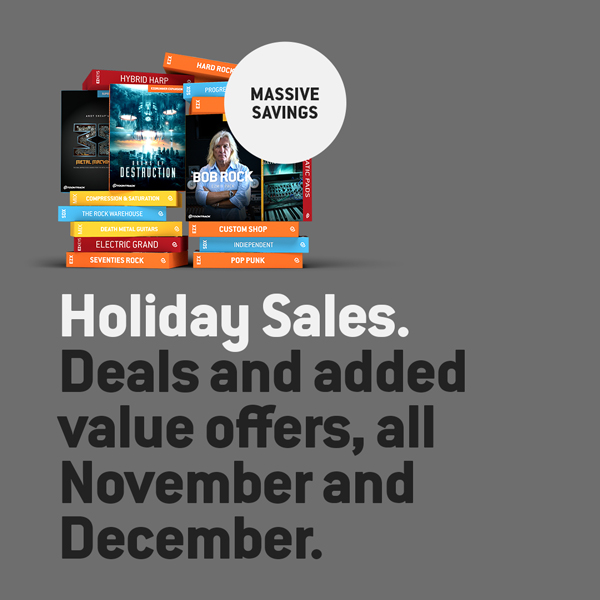 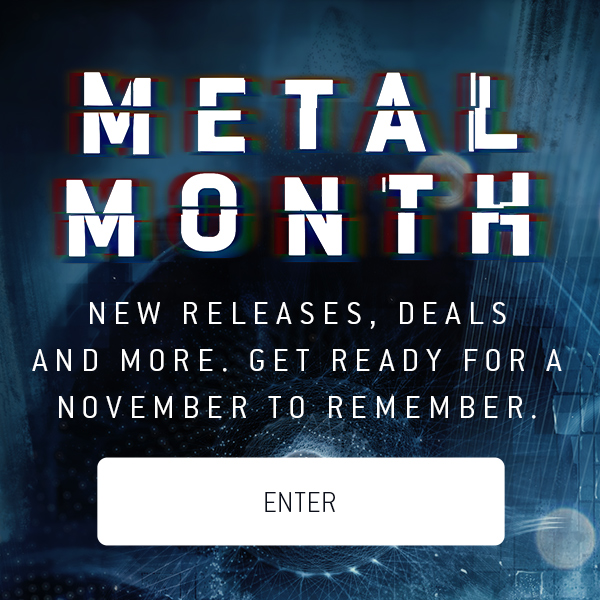 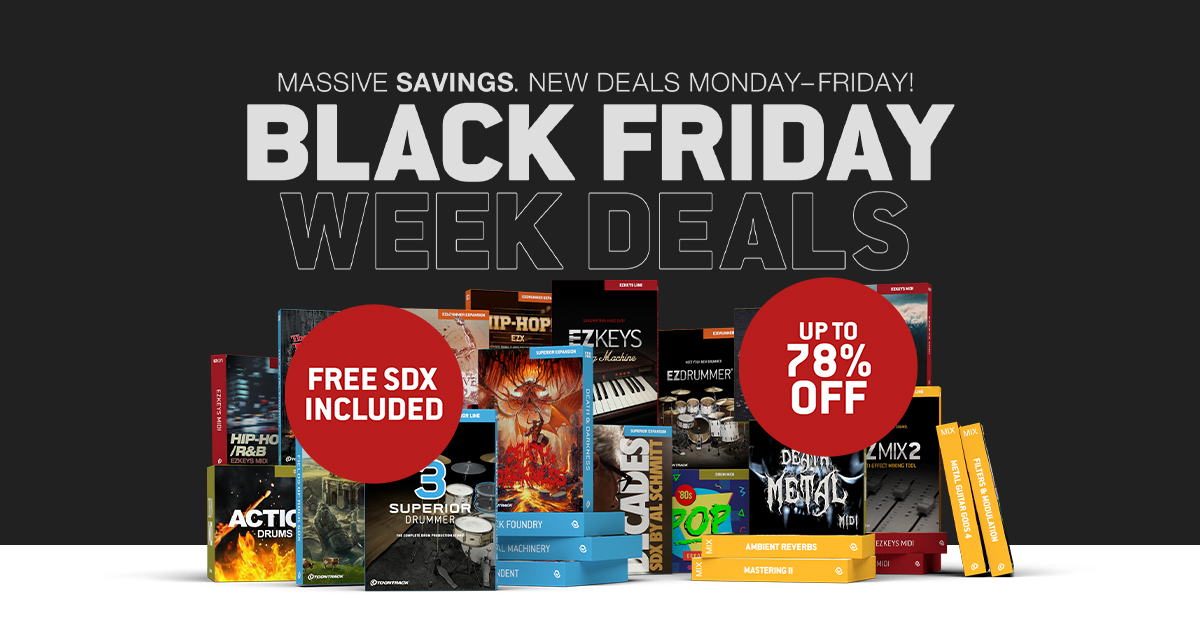 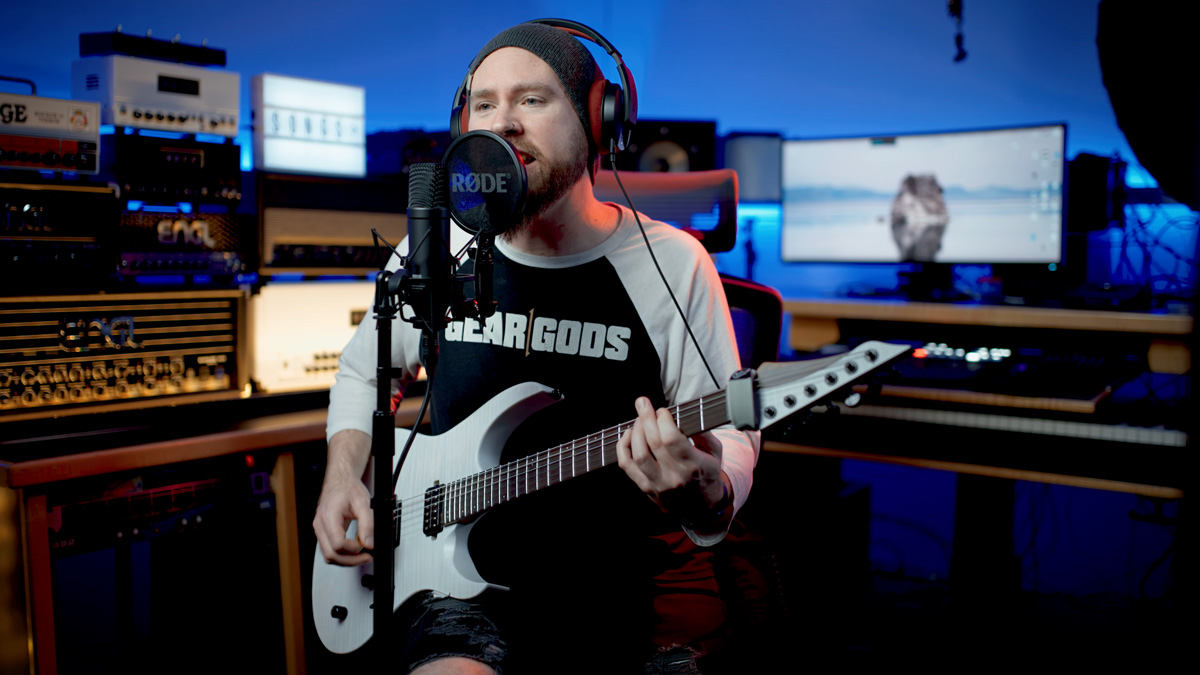 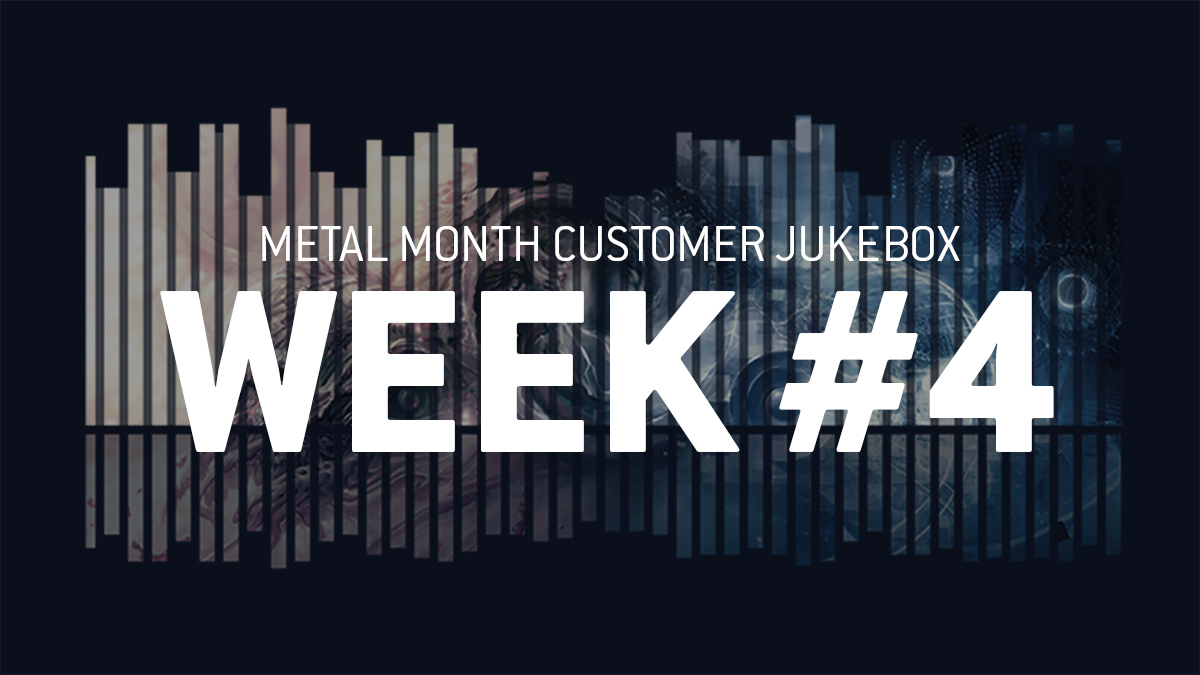 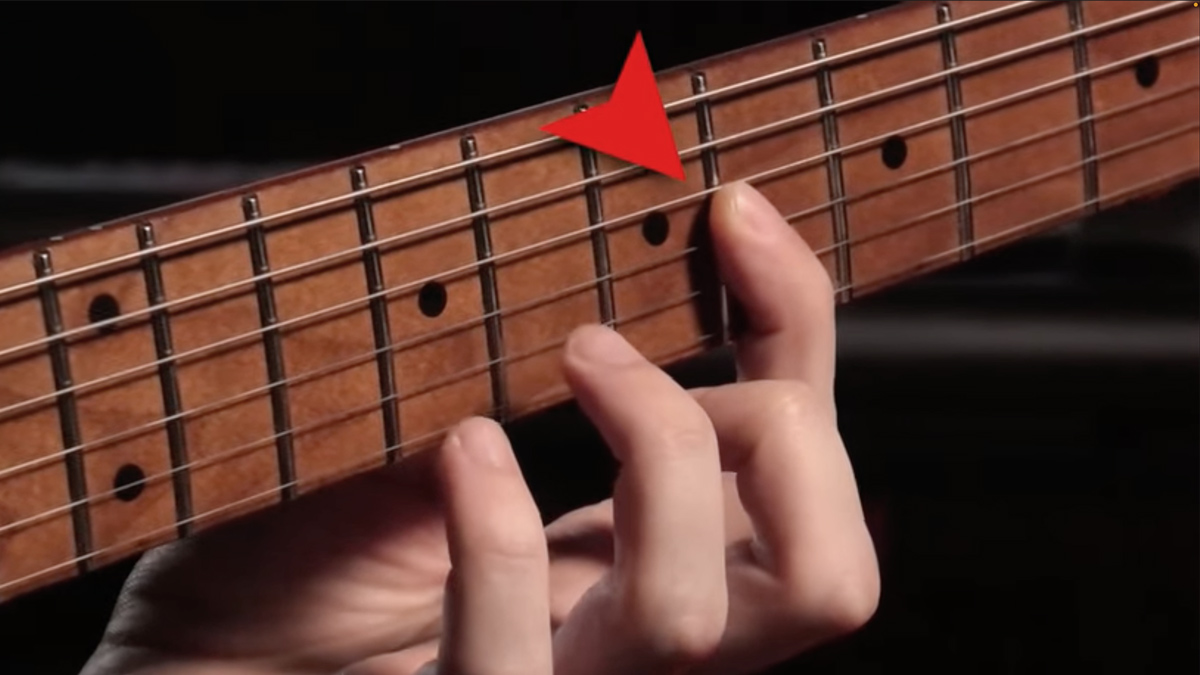 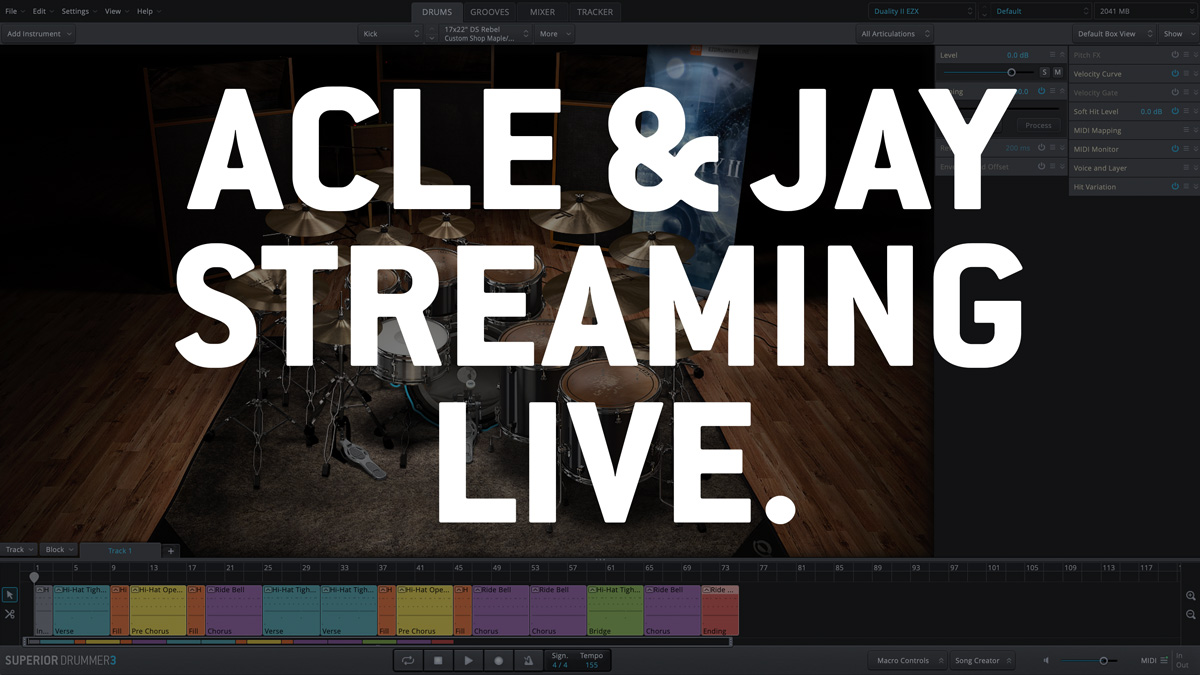 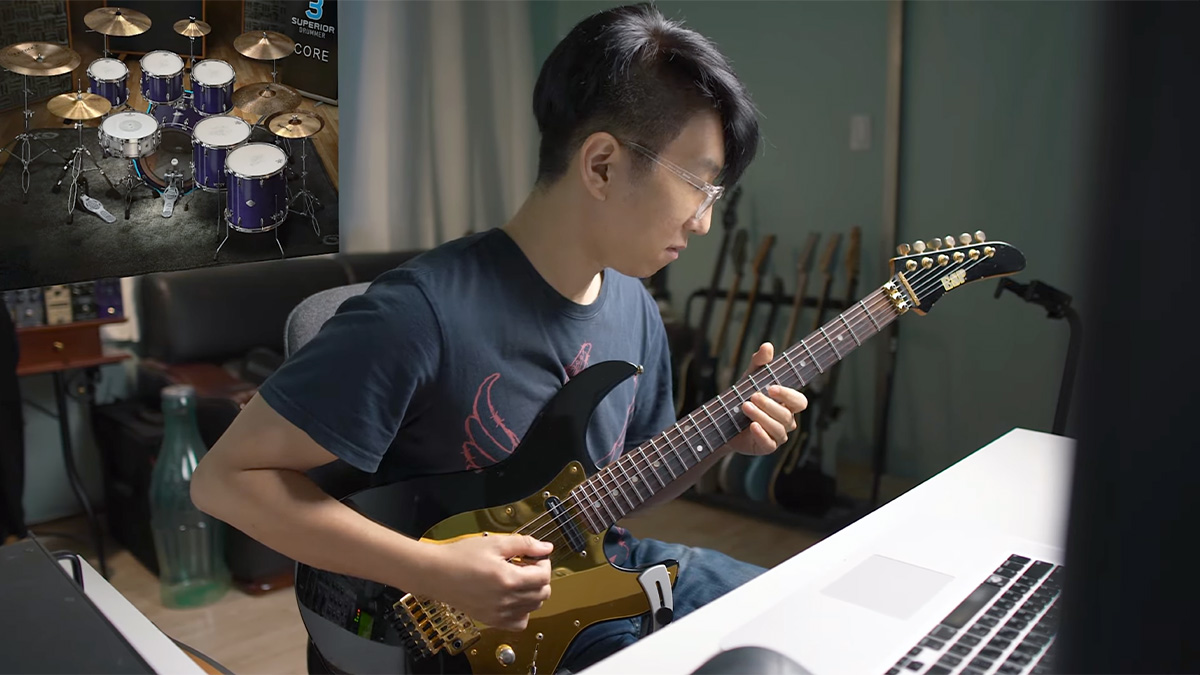