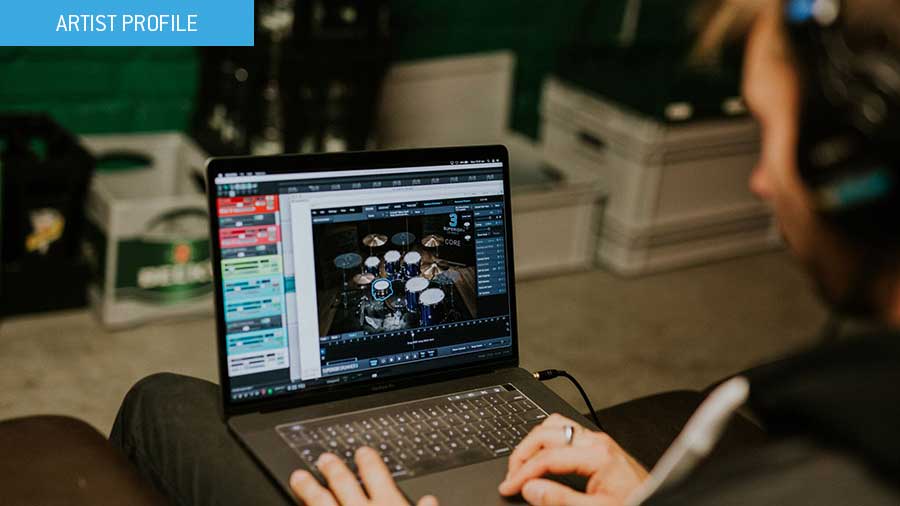 Best music-related memory?
I’ve got a lot of really good music-related memories from over the years, but one of the best would have to be touring with Slipknot and Lamb of God in Australia last year. They were some of the biggest crowds we’ve played to and it was amazing to watch both of those bands each night.

First band you were ever in?
I started playing guitar when I was five and began playing in a band when I was ten. We used to cover Jimi Hendrix, Ramones and a few others as well as play a few originals. A few years later we started to record our songs using Sonar on the home computer for fun.

How come you ended up doing this type of music. Is there a specific album or event that steered you on this path?
I grew up in a small coastal town in Australia called Byron Bay where the hardcore scene was pretty big thanks to Parkway Drive and a few other bands from there at the time. Everyone at school was listening to heavy music and going to shows, so naturally that rubbed off on me and I began listening to a lot of heavy music around the age of thirteen. Our other guitarist, Eaven, was in a hardcore band that needed another guitarist and they asked me to join, not long after that we formed In Hearts Wake and that’s where it all began.

When did In Hearts Wake start moving into the the digital world of recording & songwriting?
We played our first show as In Hearts Wake 2006 and started moving into the digital world about a year are so later. We’d spent a bit of time in studios over the years recording in different bands and began to work on stuff ourselves in Garageband, not long after that I purchased Pro Tools LE 8 and things got a bit more serious.

How has Toontrack helped in that process?
Out of all the plugins and software we’ve used, Toontrack has by far had the biggest impact on helping us move forward in the digital world. We’ve been using Superior Drummer for a few years now and it’s absolutely incredible to have so many amazing drums sounds available with the click of a mouse. Not to mention the tons of drum grooves you can quickly pull up to draw inspiration from and jam to. We spend a lot of time on the road so having a plugin like Superior Drummer is perfect to use on my laptop while traveling around. Eaven also uses Superior Drummer in the same DAW so it’s really easy to send our sessions and ideas back and forth.

What’s the worst thing that ever happened to you on stage or in the studio?
About five years ago, we were playing a show on a really small stage and I smashed my face into our bass players headstock and almost knocked myself out. I ended with a black eye and a very sore head. Considering how many shows we’ve played it’s not too bad of a thing to happen!

What’s your favorite part of Superior Drummer 3?
My favorite part about Superior Drummer 3 is the new mixer which includes a massive range of effects which can be applied to each individual drum sound. I used to route all of the tracks out into my DAW so I could apply effects but now I don’t have to do that anymore with Superior Drummer 3. The effects are great quality and barely take up any CPU which is great when you’re running a bunch of plugin-heavy tracks.

What are the future plans for In Hearts Wake?
We’re currently in the middle of a massive touring cycle for our new album “Ark”, but I’ve been working on new music on the road and will be focusing on that more when we have some down time at home. Everyone in the band is getting more involved with the digital world of songwriting which makes it more exciting and creative than ever.